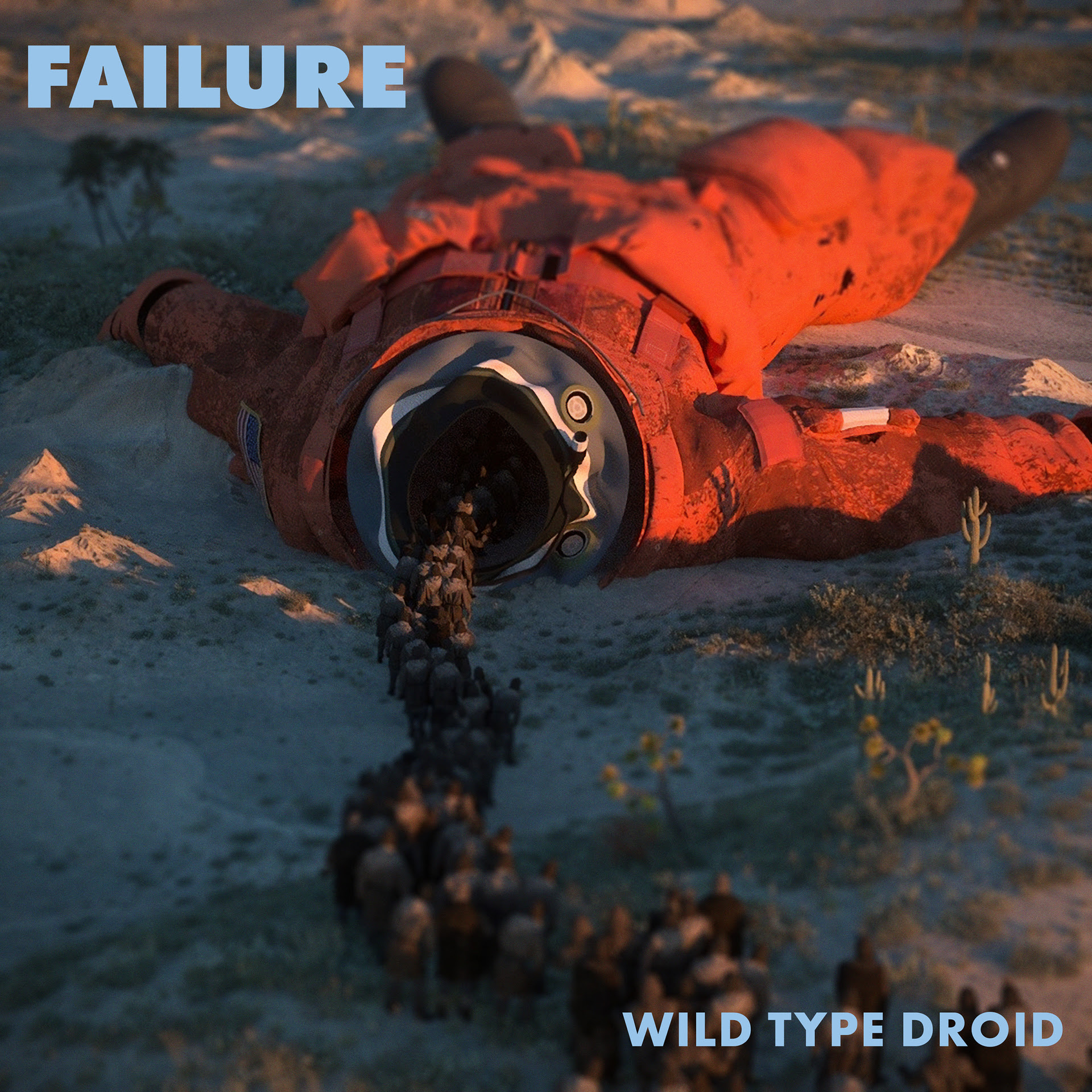 Failure, the L.A.-based trio of Ken Andrews, Greg Edwards and Kellii Scott, have been considered one of the more influential alt rock bands from the 90’s as their excellent releases, Magnified (1994) and Fantastic Planet (1996) always seem to show up on best of lists from that decade. Fast-forward to the bands return that started with 2015’s The Heart Is A Monster but now is highlighted on the December release of Wild Type Droid.

Right from the first two tracks, “Water With Hands” and “Headstart,” Failure take you with them on a progressive pulsing rock album that contains plenty of heavy manipulated tones and layered vocals from Ken Andrews. There are several songs that stand out with their big type wave riffs and guitar walls like “Submarines” and “Mercury Mouth.” Both of these tracks highlight that father time has had no real impact on Failure.

Wild Type Droid does have several songs that sound a bit different from anything the band has done. The inclusion of acoustic guitar during its beginning and end on “Bring Back The Sound” bookends its sonic explosions but still has a carefully plotted structure that is familiar. The quiet closer, “Half Moon,” also is a nice finish as it lets you drift off with its slow building pace led by acoustic guitar plucks. The drums sound like they are in a different room and the harmonies float down to a landing.

Honestly, if this record would have been released earlier in 2021 during our review window it would have landed in the TFN Top 50. Wild Type Droid is a grower for sure but its tight construction is 100% Failure. This is an album that soars with headphones on but also would sound great turned up in the summer with the windows down. Failure’s harmonies are enough to bring you in close while the rhythmic drive of the instruments have you fastening your seatbelt. Failure continue to explore new ground on Wild Type Droid while flexing their familiarity with each other and veteran knowledge of sequencing. It is this long run and experience that gives Failure the same confident vigor here that they had on those highly revered 90’s albums that also then provides a great listen.

Failure Review History: The Heart Is A Monster (2015)

Fire Track: The Smile – “You Will Never Work In Television Again”

Destroyer – “Tintoretto, It’s For You” [Video]