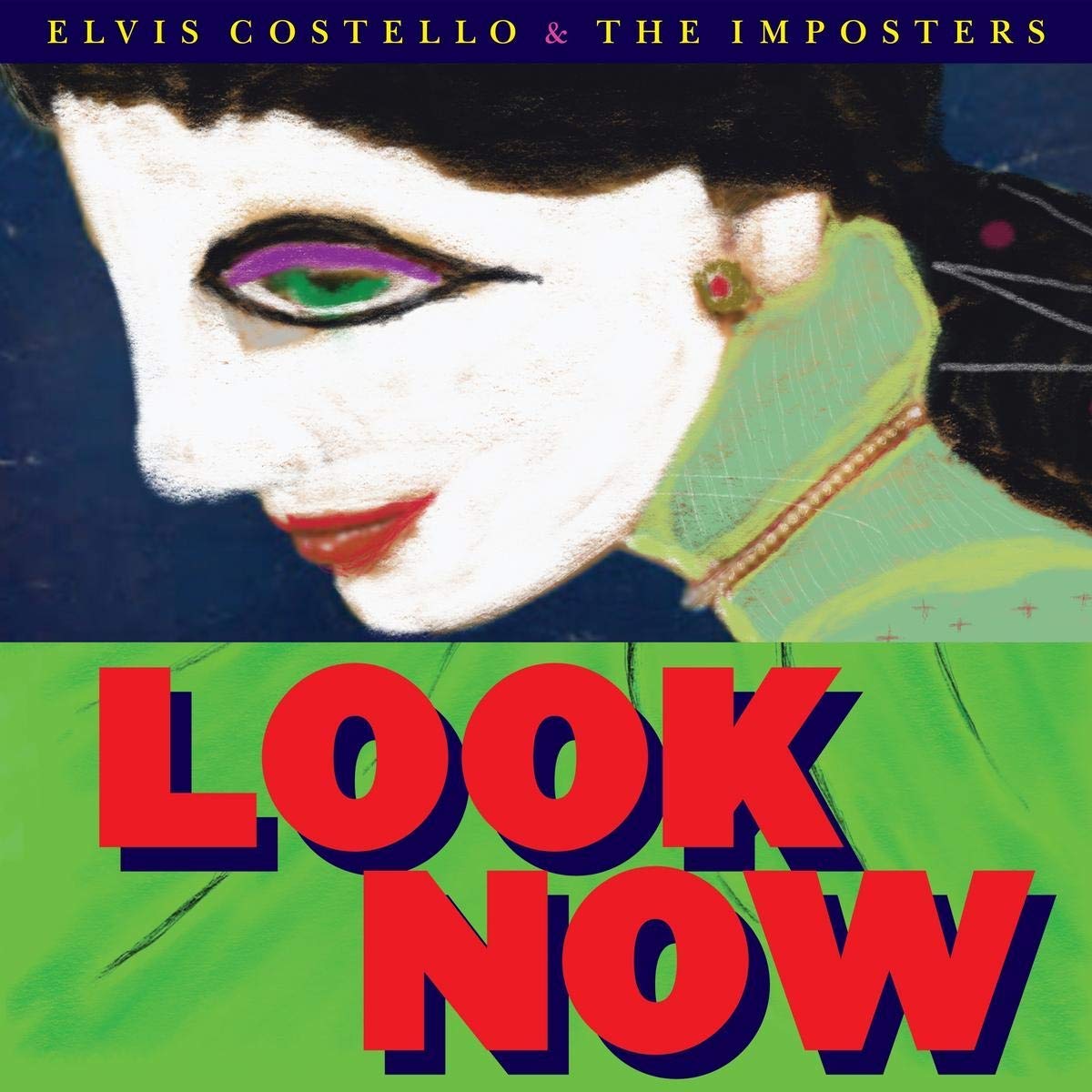 Fire Note Says: Elvis Costello returns for his second album in the 2010’s, echoing and growing on his previous collaboration with Burt Bacharach, so it turns out that sophisticated pop rock is this year’s model.
Album Review: In the 2010’s, Elvis Costello, the iconic punk savant, has stayed active by touring most summers, but he’s only made one album since the T Bone Burnett produced, “National Ransom” in 2010, his most recent excursion into Americana (alt/country and roots rock). The other recording was the unexpected but brilliant collaboration with Questlove & The Roots, Wise Up Ghost in 2013, which juxtaposed Costello’s smart poetic lyrics and edgier vocals with the hip-hop and rock from the band, currently best known as Jimmy Fallon’s house band. When we got word advancing a new album from Costello and his long-time touring band The Imposters, who he last recorded with on 2008’s Momokuku, questions rose whether Costello would return to alt country, or rock harder in the vein of The Delivery Man or his early groundbreaking albums in the late 70’s.
Here, on his 28th album, Look Now, Costello returns to the sophisticated elegance of his collaboration with Burt Bacharach (he of the 60’s pop hits “Raindrops Keep Fallin’ on My Head,” “(They Long to Be) Close to You,” and a couple dozen more through the 70’s * 80’s), on the 1998 album, Painted From Memory. If you remember, by the late 90’s Costello had developed into a more seasoned singer, and Bacharach nurtured Costello’s strong interest in more complicated melodies, but here on Look Now, he also benefits from the additional punch of the rhythm section of Pete Thomas on drums and Davey Faragher on bass, and of course the mesmerizing keyboard wizardry of Steve Nieve.
In fact, Bacharach has three co-writes with Costello here and shows up to play piano on two of them – “Don’t Look Now” and “Photographs Can Lie” – while the third compositional collaboration, “He’s Given Me Things,” finds Costello writing and conducting a small string orchestra. And since Costello is revisiting collaborations with great pop composers, it’s nice that he includes “Burnt Sugar Is So Bitter,” with music co-written with Carole King (“Tapestry”).
But it would be a mistake to think that Bacharach’s influence appears only on the tracks he co-wrote or played on, as clearly Costello is writing with a broader, more sophisticated pop palette in mind, supplementing the Imposters with that string section or a brass ensemble on a majority of the tracks. While the credits suggest the Costello is playing guitar on many of these tracks, for the most part they are buried in the mix, with the musicality here focused more squarely on Nieve’s keyboards. While one would suspect then that the album is dominated by ballads, which is not the case, in fact “Burnt Sugar” is up-tempo pop, and while there’s a Bacharach-esque quality throughout, Costello & Co. manage some rock & roll attitude on tracks like “Unwanted Number” and “Mr. & Mrs. Hush,” two of my favorites in this fine collection.
Lyrically, Costello doesn’t spit out piss & vinegar invectives like the good old days when he was producing hits like “Watching the Detectives” and “(The Angels Wanna Wear My) Red Shoes.” These days he leans more toward storytelling, and uniquely on a vast majority of these newer songs he writes sensitively from a female point of view, like on “Stripping Paper” where a woman relives her failed marriage as she removes layers of old wallpaper, and a similar theme runs through “Photographs Can Lie.” In “Under Lime,” Costello revisits a character from his song “Jimmie Standing in the Rain” on “National Ransom,” but this time Jimmie is in showbiz and hitting on young girl given the task to “keep him amused.” It’s vintage Costello storytelling, as is this line from “Don’t Look Now,” sung from the point of view of the female antagonist: “I see you looking at me looking at how you are looking at me.”
Look Now finds Costello exercising his mature pop chops, and the result is an impressive collection of songs, that fans who’ve followed and enjoyed his wide-ranging musical excursions in a variety of musical directions. It’s not at the intensity and creative apex that he reached with “Imperial Bedroom” (1982), that some have compared it to, but it’s a very solid outing with really strong songs. Some of us may miss the angry young punk that showed up on that early trilogy of punk masterpieces – My Aim Is True, This Year’s Model, and Armed Forces – but there’s been too much life, growth, and evolution to return to that. And some of us will miss the more dominate guitar sound, although he still does a very convincing job delivering that with those classic songs live. Turns out, here in 2018 Look Now is this year’s model, and that’s pretty cool at that.
Key Tracks: “Under Lime” / “Unwanted Number” / “Burnt Sugar Is So Bitter”
Artists With Similar Fire: Joe Jackson / Graham Parker / Burt Bacharach / Carole King
Elvis Costello Website
Elvis Costello Facebook
Concord Music
– Reviewed by Brian Q. Newcomb