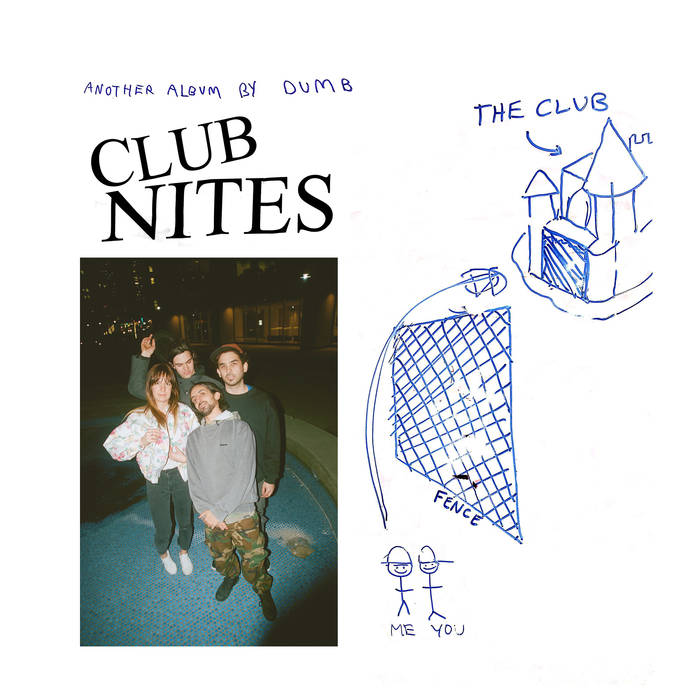 Who: Vancouver’s Dumb are a lot smarter than their name implies. They have released one of the best records of 2019.
Sound: Dumb are often compared to their post-punk contemporaries, Parquet Courts, and not without reason, but they are so much more than that. In some aspects, they are better.
TFN Final Take: Fresh off their brilliant 2018 album, Seeing Green, Dumb were not content to rest on their laurels. Instead, they pushed out 14 new tracks of their blend of post-punk meets slacker rock music. Club Nites exceeds all expectations I had for this album. The early single releases of “Beef Hits” and “CBC Radio 3” had me chomping at the bit but also worried that these songs would be the best songs off the album and there wouldn’t be much else to chew on.
My fears were unfounded. Club Nites is loaded from beginning to end with some of the best post-punk music I have heard in years. Unlike Parquet Courts, Dumb does not have time for detours into out of character experimental tracks that slow down and mar an otherwise excellent album (“Wide Awake,” “Before the Water Gets Too High,” “Back to Earth” and “Death Will Bring Change” I am looking at you.).
Dumb are frenzied yet focused in its approach to Club Nites. The bulk of the album is fast-paced and littered with turn-on-a-dime rhythmic shifts that just make your jaw drop and then make you smile. When Dumb slow things down on two tracks, “Cursed” and “Slacker Needs Serious Work” (this track starts off slow, but boasts a mighty shift more than halfway through) they bring to mind Malkmus-like aloofness that permeated Pavement’s stoner epic, Wowee Zowee.
Dumb is no flash in the pan. After digging into their discography on Bandcamp, it is quite evident that this 4-piece band have been recording and releasing some incredibly catchy spastic punk music for the past few years. Their “Pay What You Want” releases are better than most bands’ best effort. Check out Dumb EP for $5 of Free and Mustang Law and tell me I am lying.
Club Nites is essential listening. This may be the best record of 2019. It is certainly the most fun.
Dumb Website
Dumb Facebook
Mint Records
– Reviewed by Daniel Taylor