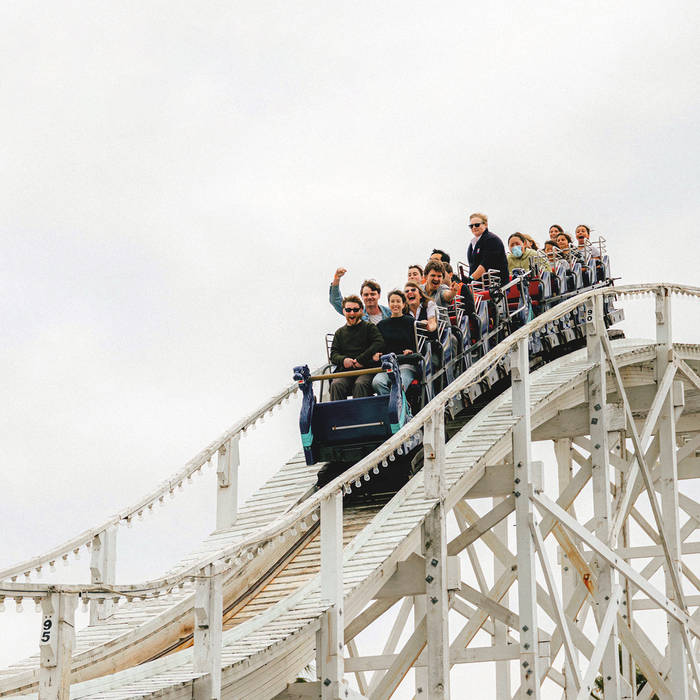 The intense pulsating rhythm in Delivery’s opening track, “Picture This,” will give you your first realization that their debut record, Forever Giving Handshakes, will be one of the tightest sounding post-punk debuts you have heard this year. The Melbourne five-piece work as one true musical force through all of the 12 tracks here for memorable results that will have you immediately reaching for a replay button. This connection between members is incredible considering Delivery has only been a band for two years as they formed during lockdown.

The songs on Forever Giving Handshakes have a constant swagger to them as the record has crisp sharp turns that can feature up to three guitars bouncing off each other at once. Delivery uses all the members for vocals with four alternating lead singers and full on five member vocal harmonies. Those group sing-alongs make choruses stick with you and even though such an alternating mic could break consistency on a debut, Delivery hold the record together with seamless transitions and compact song structures.

Forever Giving Handshakes pulls on many classic and modern sounds for its winning formula. At times, you can hear Devo, Television, Pixies and Pylon while other contemporary Australian groups like Amyl And The Sniffers and Pinch Points will also come to mind. From start to finish, Delivery give 100% on each track and its closer, “Best Western,” caps a fantastic listen as the over four minute track (longest on the album) showcases their impeccable rhythm, timing and guitar crunch. Like the fantastic album cover art displays – put your hands up if you want, scream all you like, or hold on to the bar for dear life but no matter what, take the risk as Delivery will give you the musical thrill you were seeking!