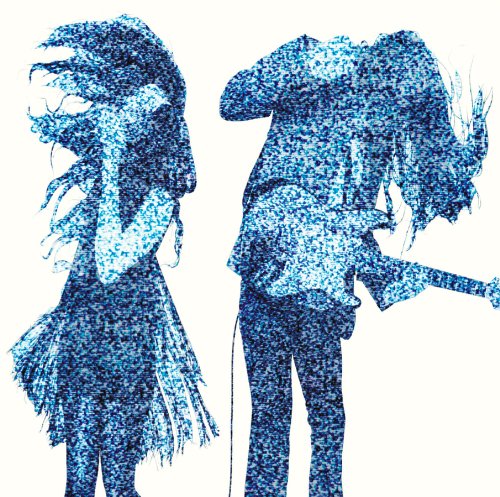 Fire Note Says: With their sophomore album, Cults put a pop/rock spin on their west-coast sound.
Album Review: With their sophomore album, Cults put a pop/rock, electronic spin on their west coast sound. Most of the songs feature female vocalist Madeline Follin, while other tracks are accompanied by Brian Oblivion, who acts as vocalist, percussionist, and guitarist. The music is fun and youthful, with stories about falling and losing love, and use ambient noise to create interesting compositions. Ambient noises are sprinkled throughout the rock tracks, making Static an appropriately named album.
An Interlude, Static opens with “I Know,” a short track with high, airy female vocals and ambient noise. With relaxed guitar chords and electronic notes, it leads us to “I Can Hardly Make You Mine.” The track is pure pop/rock, with a lot of beat, attitude, and a playful nighttime feel. Slowing down, “Always Forever” uses very high, youthful female vocals as it goes on about young love “You know you’ve got me in your pocket, you know just have to relock, you know I’ll keep you in my locket.”
Leading with a drum solo, “High Road” is smooth, consistent, and sang on a low, blue level. The moody vibe continues with “Were Before,” which uses both male and female vocals to call and answer at the verses, harmonizing at the chorus. The spacey “So Far” uses spooky, electronic notes to create a ranting, eerie track. 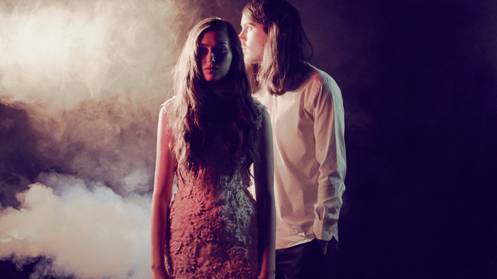 The album returns to uplifting themes with “Keep Your Head Up,” a catchy life anthem with pop-like melodies. Reintroducing more ideas from the album’s opening, “TV Dream” brings back the spooky notes of “So Far” and acts like an interlude similar to “I Know.” This leads to “We’ve Got It,” which progressively starts out fast, slows down for an interlude-like middle, and ends fast. The song is more carefree and defiant that previous tracks, singing the words “there’s no more tears to cry for you.”
“Shine A Light” has many different parts, the verses and chorus separated by electronic squeals and pauses. It’s carefree, with high female vocals, creating a stark contrast for the album’s final song “No Hope.” “No Hope” opens with static and slow piano notes, the somber female vocals telling stories of gloom.
Cults sophomore album pushes the band’s limits slightly, but doesn’t produce anything as catchy as “Go Outside” or “Know What I Mean,” both hits from their first album. While Static has some solid, surf-rock tracks, I would have liked to see the band explore their catchy, gritty rhythms a bit more. Despite this, their latest release is still worth a listen.
Key Tracks: “I Can’t Hardly Make You Mine”, “Were Before”, “Keep Your Head Up”
Artists With Similar Fire: Best Coast / Paramore / Surfer Blood