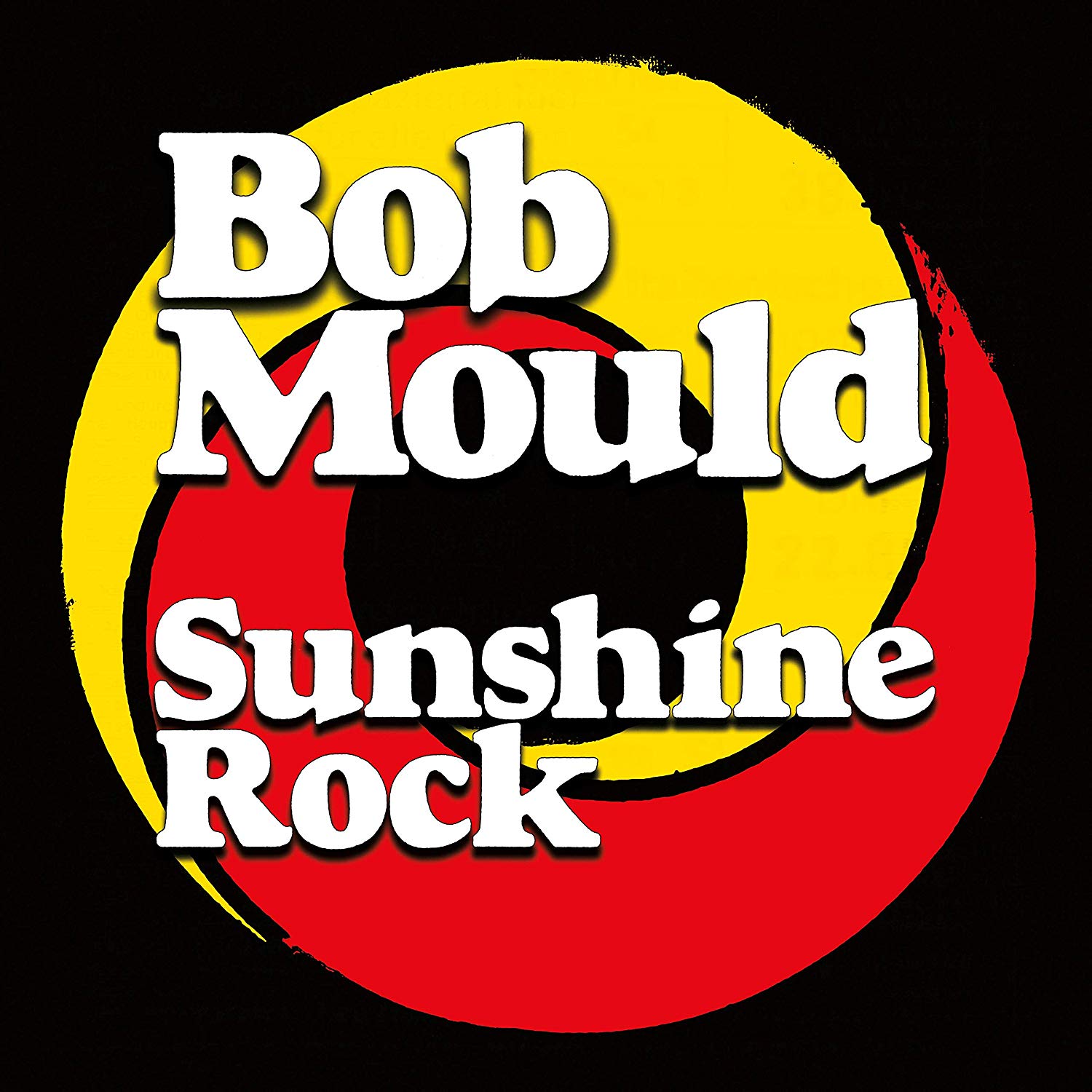 Fire Note Says: Mould has always been one of alternative music’s bright shining stars.
Album Review: Bob Mould makes a determined effort on his 14th solo studio album to turn from the darkness toward the light of Sunshine Rock. It’s a burst of positivity that he spells out with unusual lyrical clarity in the campy folk song “Camp Sunshine, where he sings “The days I get to spend making music with my friends/Are always most important to me/There’s always songs galore, I’m always writing more… We can’t predict the future, you can’t forget the past/Just enjoy the moments we have/Regardless of what comes next/Always treat your friends with love and respect.” Now, if you spent much of the 80’s as I did listening to the swirling vitriol and grinding loud guitars of Husker Du, you probably paused midway through that cheery lyric to make sure you were still reading the Bob Mould review. So yes, this a Bob Mould record, still the same buzz-saw attack on the guitar, and in the cracks between all the sunshine and love songs, there’s plenty of angst and a light seasoning of vitriol. Oh, and did I mention he includes strings?
In a Rolling Stone Magazine interview that hit the interwebs on Friday, same day as the album became available, Mould explained that the shift in mood to a more positive outlook came to him intentionally, after two albums recorded in the shadow of the deaths of his parents. 2014’s Beauty & Ruin was written and recorded in the shadow of his father’s passing, and 2016’s Patch the Sky came after the loss of his mother. Those are fine albums, by the way, but Mould felt it was time for some changes, including a move to Berlin, as he at 58 and approaching 60 began to ask himself how he was going to spend the final years of his life, and decided he wanted to focus on the more positive things in life. So, of course, we get some love songs, this time more hopeful than his usual blistering end of relationship songs.
The title track opens, a solid power pop rocker, with the emphasis on “power” and lyrics that are all heading in the early wash of romance, sex and candy. And in “Sunny Love Songs,” yet another strong guitar led tour de force, Mould sees love and creativity (“I make my way to pen and paper/My guitar, some weed, imagination”) as the key to putting his troubles and sorrows behind him. It’s in “The Final Years,” one where he turns his guitar down and hear plainly those string parts I mentioned, performed by the Prague TV Orchestra, where Mould decides to set aside his “misplaced rage” in favor of those things worthy of being cherished. It’s a philosophical decision that makes sense especially those on the downhill side of mid-life.
But even with this choice to emphasize the positive, Sunshine Rock is still a Bob Mould record. Two of the early more aggressive rockers, “What Do You Want Me to Do” and “Thirty Dozen Roses,” paints a less buoyant portrait of love relationships, the latter dripping with remorse and several sexual innuendos. And Mould never says, but “I Fought” with lyrics that say “You’re my memory/You’re my history” before acknowledging “I fought for you and I fought with you/We fought together, we were side by side,” may be another love/relationship song, but it could just as easily describe his famous love/hate relationship with his long-time Husker Du mate, Grant Hart, who died last year after the two had completed work to release the 3-CD box-set, Savage Young Du, a collection of early demos and live rarities from the proto-punk band that went on to influence the likes of Nirvana and the Pixies.
Perhaps one of the more interesting indicators of Mould’s current state of mind is “Lost Faith,” another one that turns his guitar down a bit to allow for those strings to shine through, where the song’s video takes on our information/privacy invading/government-control-driven society and his own sense of paranoia, with guys in black hoods chasing him only to surprise him at the end with a birthday party of cake & ice cream. Google the video, it’s hilarious. Add to that, the fact that one of the album’s most fun tracks is a cover of the 1968 song “Send Me a Postcard” by the band Shocking Blue, which lends itself perfectly to Mould’s burning, grinding guitar sound, and lets his excellent rhythm section – drummer Jon Wurster and bassist Jason Narducy (who also play in the band Superchunk) – shine, and we have another fine indie rock album from the former Du and Sugar leader, proving Mould has always been one of alternative music’s bright shining stars.
Key Tracks: “Sunshine Rock” / “Thirty Dozen Roses” / “Send Me a Postcard”
Artists With Similar Fire: Husker Du / Pixies / Dinosaur Jr.
Bob Mould Website
Bob Mould Facebook
Merge Records
– Reviewed by Brian Q. Newcomb