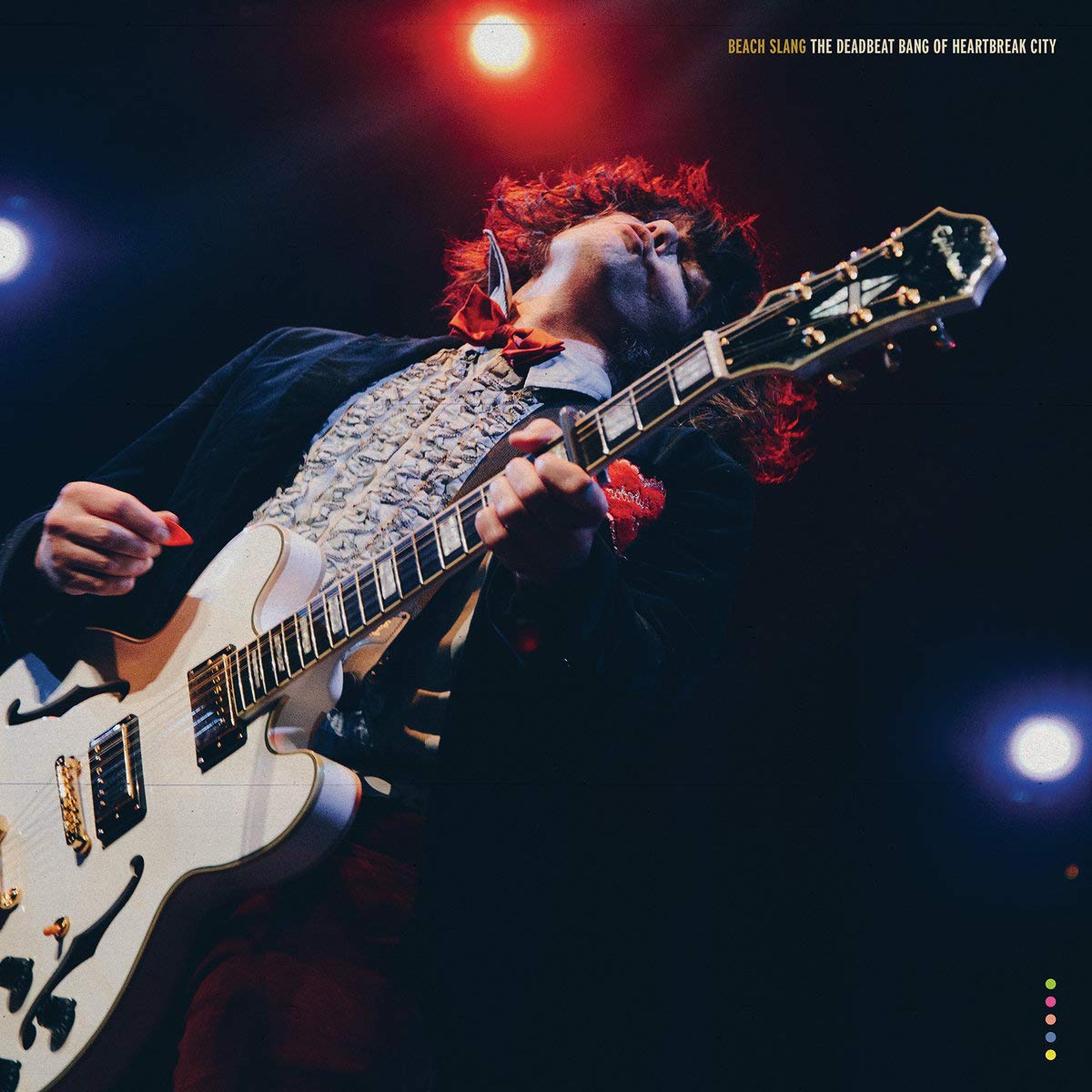 TFN Album Review: If you have followed Beach Slang since their 2014 EP, Who Would Ever Want Anything So Broken?, then you already know that the group has been a full-fledged modern day Replacements from day one. Everything from the raw guitar to singer James Alex’s vocals, Philadelphia’s Beach Slang has not swayed much from their core sound and the group has released two consistent full lengths coming into album number three The Deadbeat Bang of Heartbreak City.
The sound of Deadbeat comes at you again like a freight train from Minneapolis and is 100% Beach Slang. The band did go through some extreme changes since the last album and now actually and weirdly Deadbeat includes bassist Tommy Stinson of The Replacements. Even though it seems a bit gimmicky on paper you couldn’t ask for a better punch on record and the tracks here benefit from Stinson’s experience. Songs like “Bam Rang Rang,” “Tommy In The 80’s” (about Tommy Keene), and “Kicking Over Bottles” all rip along like your favorite song.
Where The Deadbeat Bang of Heartbreak City stumbles a bit is on diversity. Beach Slang stay in the same lane for the entire record. It does not have one track that stands out completely and as a whole, the record falls short of Beach Slang’s previous releases. One difference that is here is the cleaned-up mix from Brad Wood (Liz Phair, Smashing Pumpkins). The sound boost does represent a more mature sounding Beach Slang. The upside of Deadbeat is that it still shows a band that is not done yet as some might have easily already written Beach Slang off. The bottom line on this album is that if you are already a fan – you will still like this record so don’t fear giving it a spin.
Beach Slang Review History: Here, I Made This For You (Mixtape Vol. 2) (2017) / A Loud Bash Of Teenage Feelings (2016) / The Things We Do To Find People Who Feel Like Us (2015) / Cheap Thrills On A Dead End Street EP (2014) / Who Would Ever Want Anything So Broken? EP (2014)
Beach Slang Website
Beach Slang Facebook
Bridge Nine Records
– Reviewed by Thomas Wilde