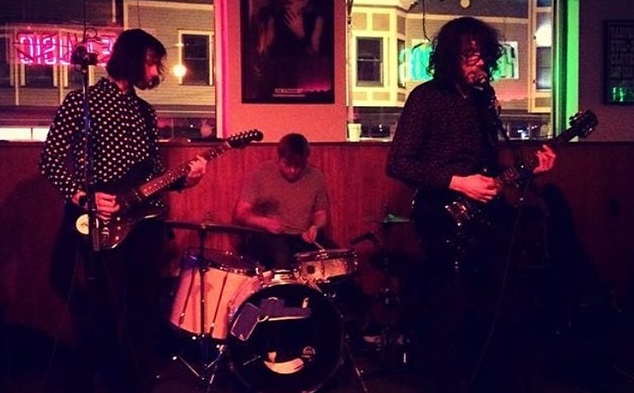 Fascinating frontman Ricky Hamilton has an extensive list of personal bands that include blackbear + the surf bums, The Nico Missile, Pig Flayer, Shagg, and The Venus Flytraps plus he has toured with Warm Soda and Useless Eaters, as their drummer. If that wasn’t enough, Hamilton also runs Quality Time Records out of his hometown city Cleveland, Ohio. The exciting part is that all his releases have different sounds and the lower fi post punk of Fascinating is one that really stands out for The Fire Note.
The trio has just released their debut record, Dice Game, and it is everything fans of artists like Matthew Melton (Warm Soda), Connections and Dinosaur Jr. will devour. “Emily’s Street” is today’s Fire Track and is your first taste off the full length. The song grinds and wallows on the dirty bar floor like the muffled lo-fi rock that it is. In other words – it’s absolutely perfect. I think the only way to intake this single is to turn up your speakers! Right now you can download the record off of Bandcamp HERE or do it right with a stellar looking Clear Purple with Black & White Splatter vinyl HERE from one of our favorite labels, Greenway Records (you also might hurry as it is limited to 75 copies).