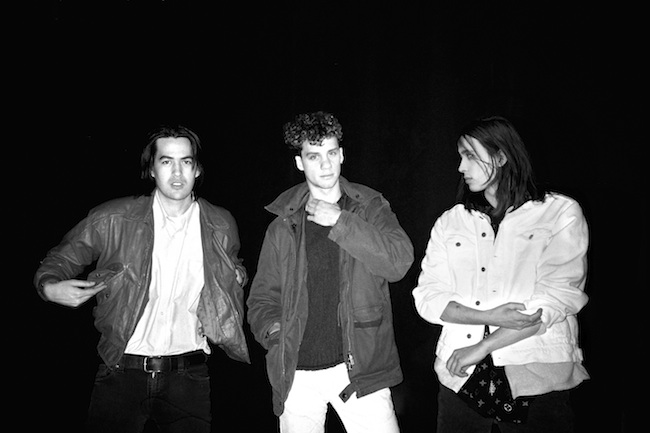 This is news we have patiently been waiting to hear! Soft Will, the third LP from Smith Westerns, will be released June 11th on Mom+Pop.
After playing over 140 shows in support of Dye it Blonde in 2012 Smith Westerns (Cullen Omori, Max Kakacek and Cameron Omori) returned to Chicago and began writing the follow-up LP. Writing through the Spring and into the Summer of 2012 the band teamed up once again with producer Chris Coady (Beach House, Yeah Yeah Yeahs, TVOR) and in August began recording what would become Soft Will at Sonic Ranch (El Paso, TX). After three weeks of recording at Sonic Ranch the band headed to New York for an additional four weeks of recording and mixing all around the city. Close but not yet done, the band took a break and headed back to Chicago – there they regrouped before returning to New York for a final week of mixing with Coady in early December at DNA Studio. It was there that all the pieces came together and its final shape emerged to become Soft Will.
“Varsity” was the final song written and appears last on the album, it will be released as a limited 7” on May 14th via Mom+Pop. You can hear the track below.

A Place To Bury Strangers tour with Japandroids in May