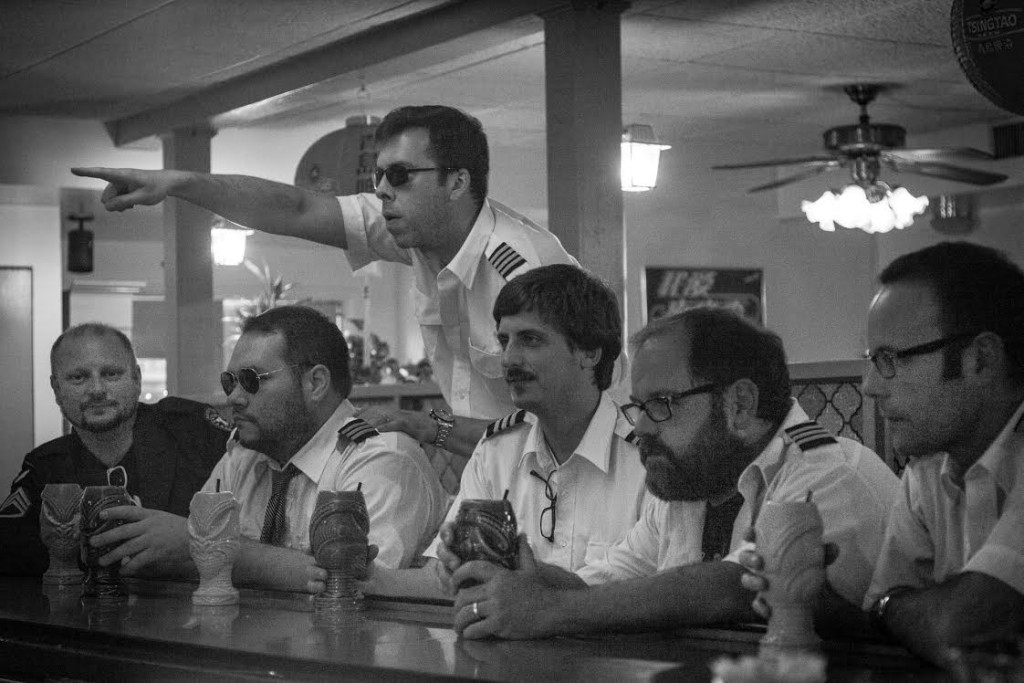 TFN receives messages all the time asking what is going on with the Dayton, Ohio music scene because they love it. I know we are biased, but I think our monthly Bandcamp feature has backed up the Gem city talent.
Well, today’s premiere Friday Fire Track is further evidence, as the Dayton-Detroit based band Joseph Airport has a catchy new song in “When It Left His Hand” from their recently released EP, 8-Mile Blowout At Hot Wheel City. This EP represents their fourth release since September 2014, which should not be a surprise to anyone familiar with the band, as all their material was sequenced by quick turnaround master Robert Pollard.
Releasing a Boeing 747 size of material doesn’t do much good if it has no substance but that is where Joseph Airport shine. The band has grown with every release and “When It Left His Hand” raises their altitude once again. With its concise 1:29 running time, laid back swagger lead vocals and best of all – layered harmonies, “When It Left His Hand” is already one of my favorites from their increasing catalog.
The song reminds me of another Dayton favorite, Swearing at Motorists which is easily a positive. The track’s simplicity is where it wins because it becomes more catchy with every quick spin. You can order a physical CD of 8-Mile Blowout at Hot Wheel City now and digitally in a few weeks. Enough with TFN endorsement – check out the new track from Joseph Airport below!