Along with the local support from BBC Radio and Radio 1, Go Tell The Eskimo is catching the attention of audiences across their native UK thanks to their unique brand of electric induced indie rock. The Smoke Signals EP was recorded and produced in Los Angeles and will be released through Red Parade Music owned by producer Jim Roach (The Young Romans, Skyler Stonestreet, Jesse Thomas).
Armed with articulate analog sounds and upbeat anthems, the band comfortably blends familiar dance elements and an electro pop-centric demeanor that can only be described as Go Tell The Eskimo. This can be heard throughout the EP and in the debut single “When The Lights Go Out” (full track listing below). 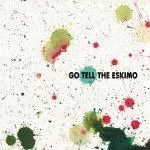