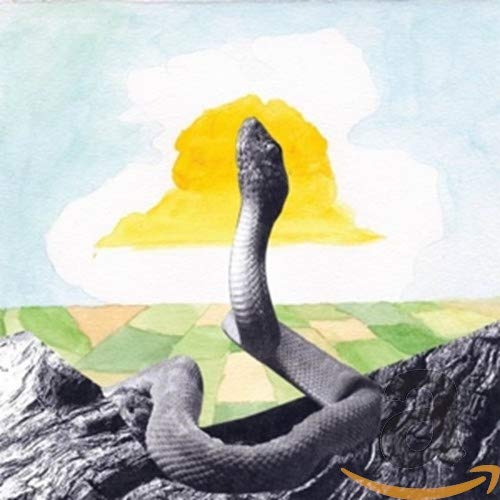 A new Woods lp is quickly becoming a reason to celebrate each year. Woods are now seven albums into their career, and by my count, the last three have all been bona fide classics. Now with Bend Beyond, you can add one more classic to that total. Bend Beyond finds Woods refining their sound and their songwriting process. Notably absent from this record are the long instrumental jam pieces, and in their places are more of the lo fi folk pop songs that they do so well. The songs feel more structured and less spontaneous; however, this structure suits the band well. It is not beyond the realm of possibility for the band to break out to the next level if they stay on this path.

While the album has a sunny pop sound, bubbling under the surface there is a darkness brewing. When Jeremy Earl sings “It’s so fucking hard” like he does in “Is It Honest?” his pessimism is followed by a ray of hope. “It’s so fucking hard, but can’t you relieve me?” he asks, almost believing that he can be relieved. The title track, and recent contender for best Woods song ever, “Bend Beyond”, features a knotty guitar riff and a driving drum beat that Earl effortless lays his haunting voice on top of. The stinging lead solo is reminiscent of one of the scorching leads on the CSN classic “Almost Cut My Hair”. It’s the standout song on the record, and starts the album off perfectly. “Cali In a Cup” is the best pop song on the album. It grooves along in a Shins- like way, and Earl’s voice and melody isn’t unlike something from Oh, Inverted World [2001].

There aren’t any flaws on Bend Beyond. It’s well played, well sung, well written and holds up well to repeated listens. Halfway through the first song you are completely hooked, and by the last song, you are ready to start it over again. If Woods had asked me how to follow-up their last album, Sun and Shade [2011], this is exactly the album I would have told them to make. Trim off a hair of the excess, and streamline it, and make it concise. That’s exactly what they have done; it’s a classic case of addition by subtraction. I have no idea where the band will go next, will they follow this path, or will they take another left turn back to the freakier more psychedelic side of folk. One thing is for sure, wherever they go, I’m following along!