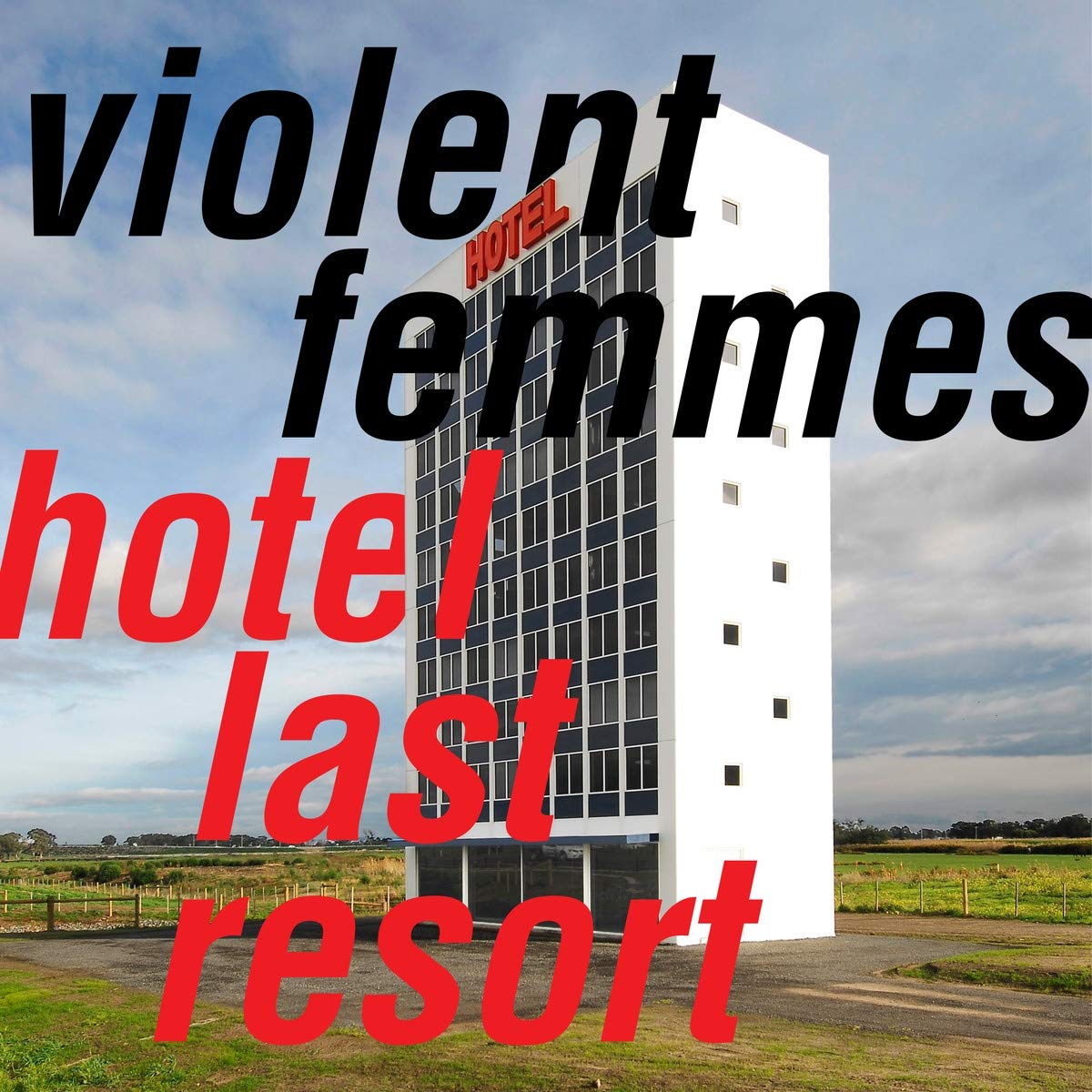 Fire Note Says: Acoustic folk/punk rockers, Violent Femmes carries forward their unique musical vision for the next decade.
Album Review: On their 10th album, 36 years after their self-titled debut that included some of their best-loved songs – “Blister in the Sun,” “Kiss Off,” and “Add It Up,” Violent Femmes remain as delightfully raw, strange and potent as ever. Singer-songwriter Gordon Gano, who capitalized on his teenage anxiety, lusty imagination and a penchant for musical playfulness to create those “hits,” continues to engage, amuse and entertain with songs that refuse to take too much all that seriously. Together with bassist Brian Ritchie, these notably non-violent males continue to play their stripped-back punky songs on folk/rock acoustic guitars and bass, with the aid of new drummer John Sparrow, and new fourth member Blaise Garza on saxophones and a variety of keyboards.
With 2016’s We Can Do Anything, the band’s first album in 16 years, they proved that they deserved to be considered as more than a mere 80’s revival band, and again here on Hotel Last Resort they’ve delivered a collection of new songs that recall the wit and charm of their earliest work. Two jump out right at the start, because they make fun of the whole process of making music for an audience: “Another Chorus” opens the album, with a catchy sing-song chorus that echoes an audience complaint: “Please don’t sing another chorus/that’s the thing that really bores us,” which hilariously repeats that catchy sing-song chorus for comedic effect; and the album’s title track, begins and ends with a line about the job of writing music: “I don’t change the chords anymore/the chords change by themselves.” But, the most compelling musical feature of Hotel Last Resort is the appearance of veteran Television guitarist Tom Verlaine, who adds his unique soloing guitar sound to all the places for fills available, even playing behind Gano’s lead vocal.
There’s another guest performance, this time on a re-make of their song “I’m Nothing,” which dates back to their 1994 album, “New Times.” They are joined by pro skateboarder Stefan Janoski for the vocal chorus, singing “Are you a Republican or Democrat/Liberal, Fascist, full of crap… I’m nothing.” The pair are also collaborating on a Nike skate sneaker with the words “Violent” and “Femmes” stitched in each shoe, and “I’m Nothing” in Janowki’s handwriting on the tongue. Live long enough, and you’ll be able to buy your favorite punk band’s label on a corporate product of some kind… ha!
But aside from selling out to The Man, Gano & Ritchie have delivered a solid record with more than it’s share of solid, memorable songs. “I Get What I Want,” “Not OK,” “It’s All Or Nothing,” “The Free Ride” and “I’m Not Gonna Cry” all song like classic Gano, delivering emotionally raw responses to everyday events and inconveniences, that last one with a sopranino sax that hints at music from the far east. Gano’s mostly acoustic guitars and Ritchie’s aggressive bass lines continue to bring a curious punk energy to ostensibly folk/rock constructs. There are some of Gano’s unique take on spiritual topics, “ Adam Was A Man” and “Everlasting You,” while the lullaby ballad confessional of “Paris To Sleep” warns not to ‘let the terrors strike too deep.”
The album closes with the quirky acapella rant “Sleepin’ at the Meetin’,” the kind of goofy thing you might suspect Gano creates in his spare time, and a long, interesting version of the classic, “God Bless America,” which plays it mostly straight while straining the traditional melody to its limits, but then ends with an instrumental free jazz coda that features the ruminating bass chops of Ritchie and Garza’s sax against Gano’s acoustic guitar. “Hotel Lost Resort” finds the Violent Femmes carrying forward their unique musical vision into the next decade.
Key Tracks: “Hotel Lost Resort” / “I’m Nothing” / “Another Chorus”
Artists With Similar Fire: Talking Heads / They Might Be Giants / B-52’s
Violent Femmes Website
Violent Femmes Facebook
[PIAS]
– Reviewed by Brian Q. Newcomb