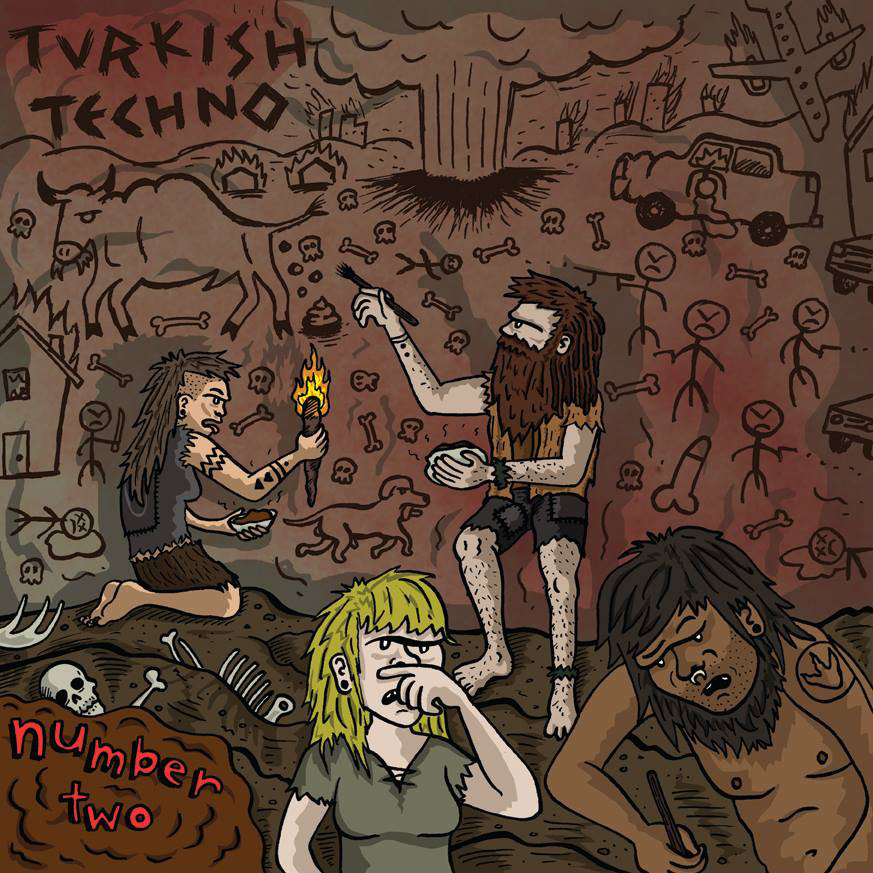 Fire Drill Album Review: The pop-punk fan base has steadily declined over the years and I would even go as far to say that people that used to listen have simply dismissed the genre all together. With that said, there is plenty of good pop-punk out there but you need to know where to look. Besides labels like staples Epitaph and Fat Wreck Chords, Dirt Cult Records has released their fair share of punk records and for 2016 you won’t need to go any farther than Riverside, CA’s Turkish Techno.
This is the band’s sophomore album, smartly titled Number Two, and represents their first work in five years. The good news is that Number Two is straight up power pop-punk that cusses without thought, has more call outs than harmonies and includes stressed vocals with laid back short arraignments. The quick stomping one minute “Dummy” is a fine example of Turkish pride while “I’m Not Sorry” has a fast crunching guitar and drums with a great hook line that rolls “cause I know that you’re not sorry – with alcohol, comes cigarettes; with last calls and no regrets at all!” You also shouldn’t miss their Cure cover “Just Like Heaven,” as it is perfectly punk. Turkish Techno represents how pop-punk used to be before it was on your easy to find radio station – and that is a good thing. If you were a fan in the past and forgot how energizing a twenty-one-minute punk record could be – give Number Two from Turkish Techno a legitimate spin!