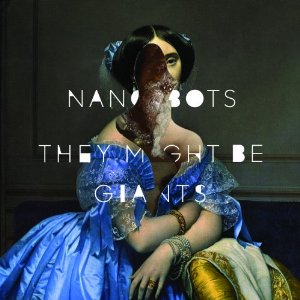 Fire Note Says: They Might Be Giants return with another fun batch of indie rock on their 16th studio full length.
Album Review: I still get excited when a new “adult” They Might Be Giants record hits the shelves. For me the band still brings back fond memories of the young “alternative” scene that came out in the late 80’s – early 90’s and specifically songs from TMBG like “Ana Ng”, “Birdhouse In Your Soul”, and “The Statue Got Me High.” I still rank those tracks as some of the best singles from that time period.
Fast forward to 2013 and on the bands 16th studio full length, Nanobots, we get a quirky and fun return to their familiar sounding indie rock that seems to continue from 2011’s Join Me but is an even closer return to their old form. It all starts with very short songs as the album consists of 25 tracks with some of them only being snippets as the shortest is “Hive Mind” at 6 seconds long. It takes a few listens to absorb the flow of the record with these crazy short tracks. They totally will mess with any type of shuffle play which I don’t recommend because Nanobots relies on them to set up the next song. Leaving these snippets on the outside of the equation for a moment TMBG return here with some very infectious indie pop that only they know how to create. The foot tapper opener “You’re On Fire” is an automatic return to the glory days while the title track is completely playful with its vocal interplay. “Black Ops” is one of the strangest songs on the record as it has a much darker undertone to its lyrics and delivery while still having that TMBG’s bounce. For that very reason it turned out to be one of my eventual favorites. 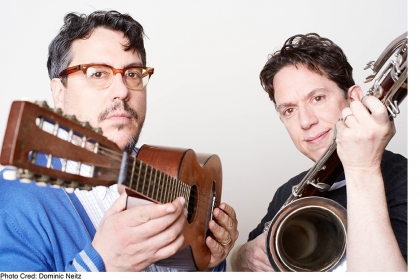 There are plenty of other little nuisances throughout Nanobots which make the album stand out like the heavy guitar play on the deep album cut “Insect Hospital”. The band of course also never takes themselves too serious on fun songs like the catchy “Circular Karate Chop” and “Too Tall Girl” with the later having the memorable line “fall in love with the too tall girl; knows more etiquette than Connecticut” which just seals the deal as “classic”. Nothing on Nanobots will probably sell TMBG to a younger audience but with more mature tracks like the excellent “Call You Mom”, I think that past fans should definitely revisit the group here because I think they will like what they hear!
Key Tracks: “Call You Mom”, “Black Ops”, “Too Tall Girl”
Artists With Similar Fire: Ween / Violent Femmes / Ben Folds Five
They Might Be Giants Website
They Might Be Giants Facebook
-Reviewed by Christopher Anthony

A Place To Bury Strangers tour with Japandroids in May