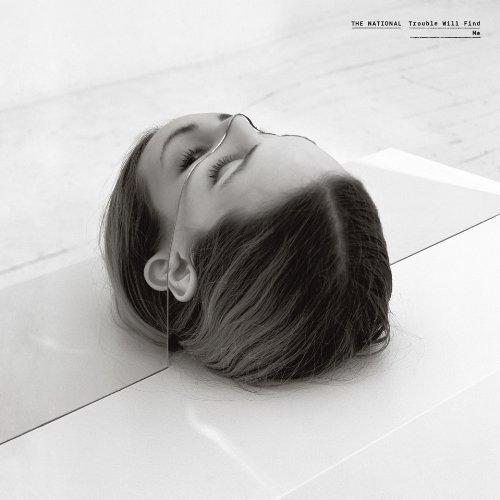 The National
Trouble Will Find Me
4AD Records [2013]

Fire Note Says: The National are a band at the top of their craft doing what they do best!
Album Review: I feel there is a prerequisite for starting this review: a glass of red wine-if a red is not your thing then I’m sure a white would work just as well. Because not only is The National a band, but they’re an attitude, a persona, as well as an exaggeration. What I mean is that one moment singer Matt Berninger’s baritone is whisking you through a regal dance hall, then next moment you’re enjoying funny lemonade with garden bulbs lighting the way, or a fancy wine and cheese party springs out of the lyrics at anytime. Maybe the whole shtick is a parade float containing all these themes with bubbles, ballerinas, and butlers thrown in for good measure. But the heart of the matter is that Trouble Will Find Me, The National’s sixth studio album, still contains the constant ebb and flow of intensity, grace, and grandeur that they’ve easily become known for.
There was a reason that way back in 2010 The National’s High Violet was our album of the year-heck I bought it twice. What does that mean? Well it means that Trouble Will Find Me has some pretty big shoes to fill. Well does it? The short answer is, more or less, yes. Trouble Will Find Me is the culmination of all the band’s albums and the techniques they’ve used up to this point. Another factor is the cast of indie luminaries including St. Vincent’s Annie Clark, Sharron Van Etten, and Sufjan Stevens. It all seems too big to fail, and in some ways it is–while in others it isn’t. The album starts strong with opener “I Should Live In Salt” with Berninger dropping his traditional melancholy for something a bit more uplifting. It then breaks into tracks like “Demons” and “Don’t Swallow The Cap” that carry a bit of boredom for me as a listener. Where I find the album really gaining ground and holding its footing is “Sea of Love”. What makes it such a stand out? It carries the same weight and majesty as Violet’s stand out single “Bloodbuzz, Ohio.” 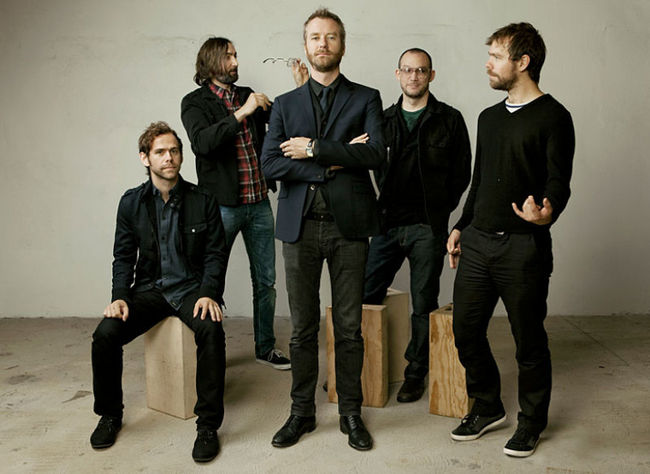 Another fine touch is the echoed backup shouts of the Dessner brothers-a cool callback to the underrated Alligator. “Heavenfaced” does its best Boxer impression with a bit of a twist. Taking notes from Boxer’s “Gospel,” it holds the precious weight and docile atmosphere carried by The National’s fantasy land. But, the surprise comes about half way through the song when the ballad picks up tempo and becomes a passionately expressed lament. What really grabs attention are the three songs precariously placed near the end. “I Need My Girl” shows why the Dessner brothers are an important part of The National’s equation. Leave it to the longest track on the album to bear the most surprises. “Humiliation,” clocking in at almost exactly 5 minutes, holds everything that a fan could want–but I don‘t want to spoil it all. Finally, “Pink Rabbits” is a weighty, driven piano jaunt with lyrics that create an interestingly preserved point in time in Pleasantville.
So what does all this mean? Well, Trouble Will Find Me is the product of a band becoming comfortable with the sounds that they’ve created. This album isn’t going to overshadow some of their previous works, and the guest stars are hard to pick out, but it still depicts a band at the top of their craft doing what they do best. This, as is most of their records, is a call out to the romantic inside of us. Trouble Will Find Me brings him/her forth in spades.
Key Tracks: “Sea Of Love”, “Humiliation”, “Pink Rabbits”
Artists With Similar Fire: The Antlers / The Veils / American Music Club
The National Website
The National Facebook
4AD Records
-Reviewed by Christopher Tahy

1 thought on “The National: Trouble Will Find Me [Album Review]”