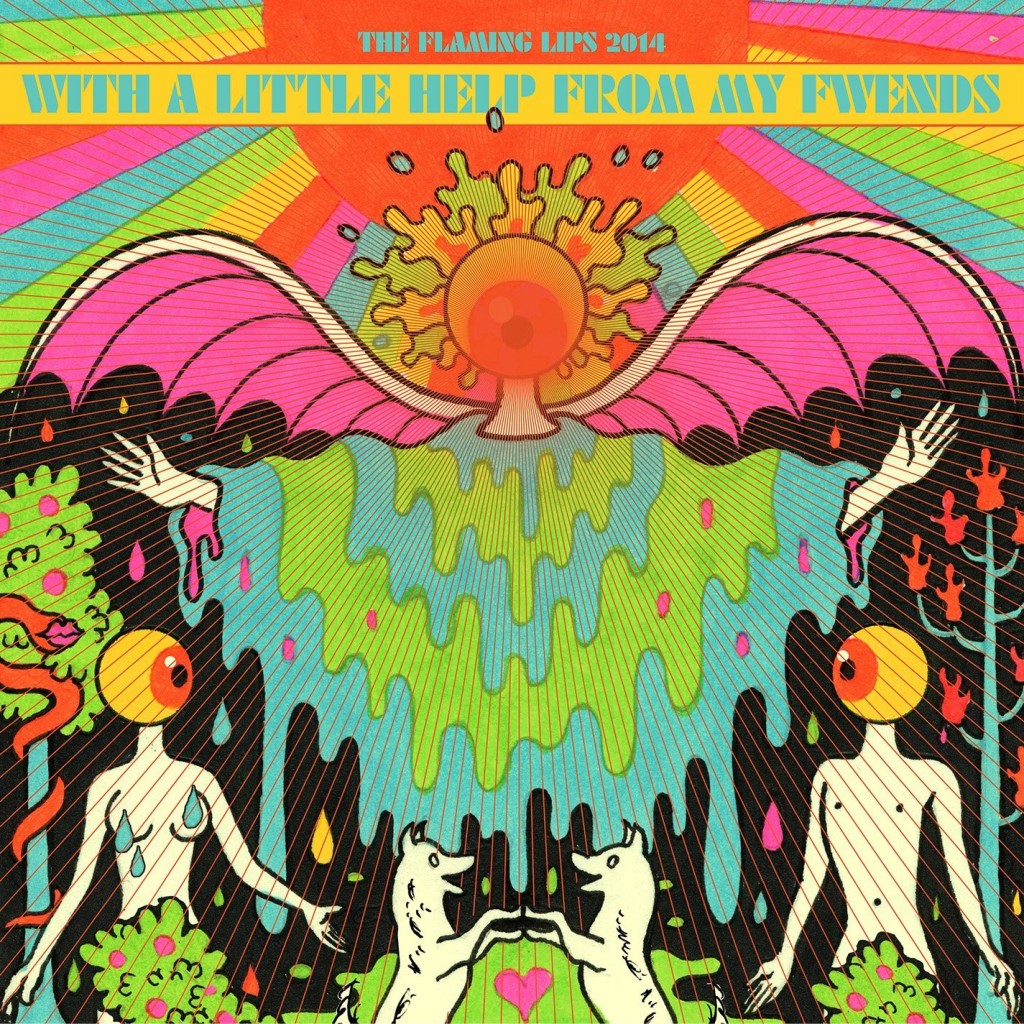 The Flaming Lips
With A Little Help From My Fwends
Warner Bros. Records [2014]

Fire Note Says: The Flaming Lips and fwends are at it again, adding their special flavor of space bombast to a timeless classic.

Album Review: “It’s in the realm of the gods,” says bandleader Wayne Coyne, in an interview with Arun Rath. Rolling Stone has called The Beatles Sgt. Pepper’s Lonely Hearts Club Band the greatest album of all time—for some that’s an understatement. You have to admire The Flaming Lips’ staying power, being around for as long as they have been; they’ve put out such classics as Clouds Taste Metallic, The Soft Bulletin, and Yoshimi Battles The Pink Robots, and on top of that the band has taken on reinterpreting classic albums such as Pink Floyd’s Dark Side of the Moon, The Stone Roses’ self-titled debut, and King Crimson’s In The Court of the Crimson King. Now, The Flaming Lips and fwends are at it again with a different outlook on The Beatles Sgt. Pepper’s Lonely Hearts Club Band, With A Little Help From My Fwends. It has about as many fwends as you think of—and even some you can’t: guests like Sunbears!, Tegan and Sara, Miley Cyrus, My Morning Jacket, Black Pus, Dr. Dog, and of course the list goes on.

With A Little Help From My Fwends‘ intentions are admirable, but with the transformation brought on by the Lips and Co., a lot of the original’s charm gets lost in the balance. A few of my favorite songs on the album—as well as on Pepper—work well: “She’s Leaving Home (Featuring Phantomgram, Julianna Barwick, & Spaceface),” “Lovely Rita (Featuring Tegan and Sara & Stardeath & White Dwarfs),” and even “Fixing A Hole (Featuring Electric Würms)” provide a simplicity and charm that helps smooth of a lot of the unnecessary bombast. “Fixing A Hole” provides a simple progression as hazy vocals stretch endlessly, and it really adds to the psychedelic lyrics. The robotic additions and drum machines of “She’s Leaving Home add a zippy pleasure to the tender freedom that The Beatles intended with the original. For “Lovely Rita” it is really Tegan and Sara that shine here; adding interesting enunciations to lyrics such as “little white book” and “military man,” it’s these subtle touches that stand out making the song one of the more memorable. 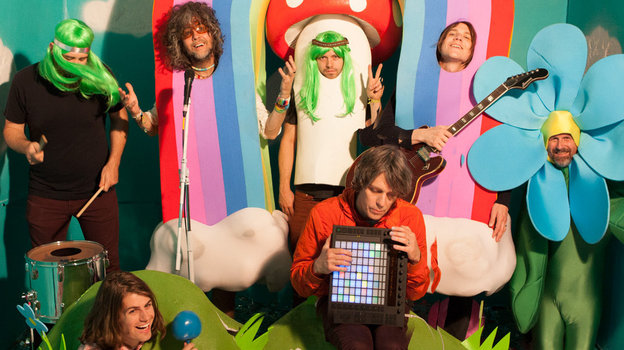 For every right move, though, With A Little Help From My Fwends has a way of getting in its own way. While I can always appreciate the bombast of The Flaming Lips’ original catalogue, this one seems to be simultaneously out of place, welcomed, and even obnoxious at times. Songs like “With A Little Help From My Friends (Featuring Black Pus & Autumn Defense) shouts the chorus in your ear with a sonic distaste. Miss Miley Cyrus’s appearances on hallmark tracks “Lucy In The Sky With Diamonds” and “A Day In The Life” sound sullen, drunk, and disinterested, not to mention the choral booms that are very out of place during “Lucy In The Sky With Diamonds. But I digress—it’s really easy to say that my problems with A Little Help From My Fwends stem from guest miscasts and extraneous pomposity. I’m not going to say that I don’t appreciate the effort, but it may just be time for the Flaming Lips to slow down and reevaluate. Wouldn’t you agree?