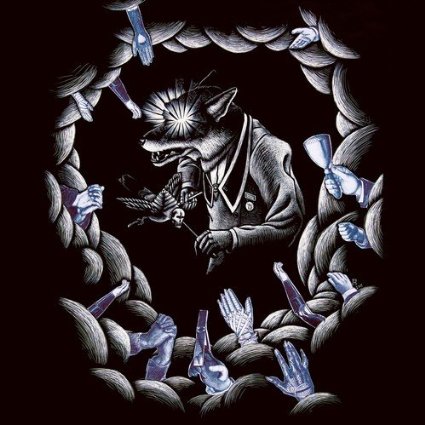 Fire Note Says: Sisters create magical harmonies that question mortality and paradoxically make us feel more alive.
Album Review: The Casket Girls are two real life sisters whose harmonies provide a 360 degree panorama for us to get lost in. One gets the sense that we are being dropped into some kind of deep dark pool, something constructed underground, a secret society, people have been coming here for decades, a special place to go to at night to read poetry.
That’s what comes up when you hear the Casket girls, just how long you’ve waited for this and you didn’t know until those first set of harmonies. Take the opening track, “24 Hours”, starts with a single pulse from a drum machine, which morphs into a churning rhythm section, which sets the foundation for the the spellbinding harmonies. And then the chorus hits and it’s one of most unforgettable nuggets of musical confection you’ll have heard all year. “24 hours all I’m asking, I want to live in the body of Monette.” I have no idea who Monette is, but the music bends around this chorus, snaking guitar, drums and bass, sending the track to the finishing line.
“Tears of a Clown” has a vague hip hop association with the louds beats ripped out from the speakers, it’s bold and brash “America bleeds the tears of a clown.” The lyric goes. Then the chorus hits, which tells us three times that “making money is for the birds.” The song then takes the whole idea of American braggadocio that forms the track in the first place and tosses that idea into the trash, “Sixteen Forever” forces my hand a little, because ever since I heard the Casket Girls I wanted to go straight for the Banarama comparisons. And while I probably feel that way because of the harmonies, there’s an element of influence from Banarama going on here. Like they took those harmonies and buried them a few feet underground, made those melodies participate in ritual sacrifice. And that’s what this song is kind of about. “Only the dead stay 16 forever” they sing, which takes the whole promise of eternal youth in pop music and turns it on it’s ear. The song forces us to look at the assembly line of forever fresh pop music as the abattoir it is. 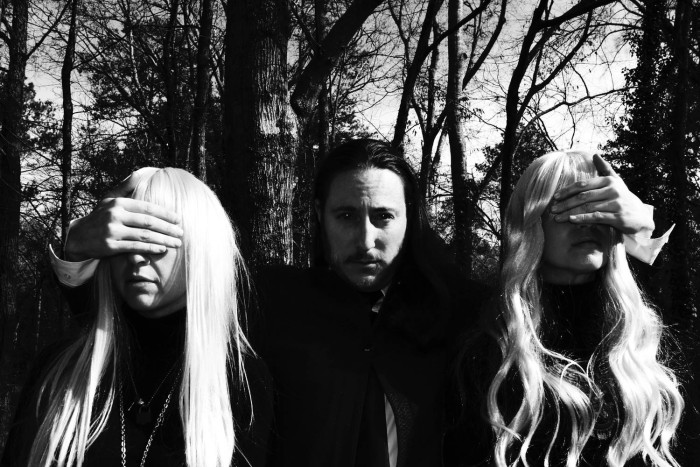 “True Believers” allows the Casket Girls to play a little with industrial sounds, but no matter how much they push the listener away as soon as those melodies kick in,we are pulled back in only only this time it’s closer. There’s an authority here, they believe in their songs, and the sound of their three voices is something that any sort of production can hold back, even when the Casket Girls play their poker hand, their sound still rings true after five spins or fifty.
“Nightlife” continues with this dark lullaby, the beats a half awake half asleep meditation on the hours before most of us wake up. “Are you happy, are you free.” It’s confident and allows the Casket Girls to open up their underground bunker and let a little light into the proceedings.
“Mermaid Cottage” uses sounds to construct an underwater headquarters for the three voices to fit into, “Come live with me in my Mermaid Cottage?” The song asks of us, and really, who could deny them?
It all adds up to the feeling that The Night Machines attempts to make a genuine connection with the listener, for melodies to stick around and resonate, to make us feel something, maybe for the first time in a long time.
During their live shows, towards the end, all three Casket Girls descend from the stage down into the audience to embrace the people that have come to see them perform. Which shows just how much the Casket Girls are dedicated to creating music that has something to say, and how all of that comes form the connection between musician and listener, that we are all complicit in this, we are a part of the process. That music and all the things we love about it, was never meant to be consumed mindlessly, it’s who we are, and it’s not passive. Because music, the art of making it and listening to it, is an act of love, and if we put ourselves in that frame of mind, then music, when made with that connection in mind, can never disappoint.
Key Tracks: “24 Hours” / “True Believers” / “Nightlife”
Artists With Similar Fire: Dum Dum Girls / Warpaint / The Go Gos