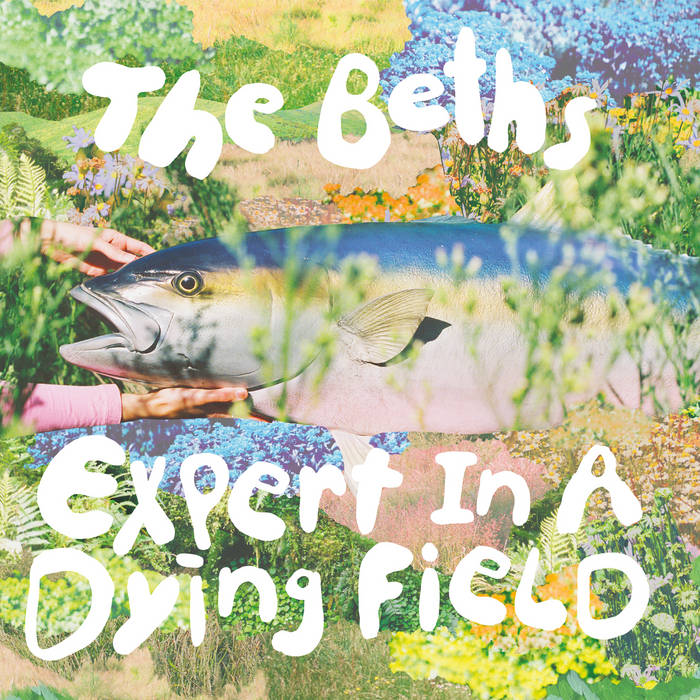 The Beths
Expert In A Dying Field
Carpark Records [2022]

With the release of their third studio outing, Auckland, New Zealand, power-pop/indie rock quartet The Beths are three for three. In 2018, Future Me Hates Me found vocalist/songwriter Elizabeth Stokes delivering powerful melodies, big power-pop guitars, and delightful vocal harmonies from the boys in the band, a debut that inserted itself high on many best of year album lists. A feat they seemed to effortlessly repeat with Jump Rope Gazers, upping the ante by allowing more of Jonathan Pearce’s tasty guitar parts to surface. Given their homeland’s successful ability to isolate virus while the rest of the world was shut-down due to the pandemic, in 2021 the band released a concert album recorded in Auckland, New Zealand, 2020, recorded during a live show from the previous Fall, when the rest of the world was shut down.

So by now, nobody who’s heard The Beths’ previous work should be surprised at the quartet’s ability to deliver Stokes’ smartly written songs with enough passion and precision to delight rock audiences world-wide, yet still this third album feels like they’ve taken things up a notch. In the title track, “Expert in a Dying Field,” and many of the songs that follow, Stokes is offering an autopsy of a relationship that has ended, while wondering what happened to the unique emotional space at the heart of that interpersonal connection. The literate poetic imagery is impressive, and she gets points for including “plausible deniability” on her way to sharing the truth that “Love is learned over time/’Til you’re an expert…” well, you get the point.

In another of the album’s early singles, Stokes bemoans the fact that she’s the kind of person who needs to test the waters before diving in, she’s only going “Knees Deep.” While this one dips into emo territory, the band captures the tension she’s feeling in the crunchy interactions of drummer Tristan Deck and bassist Benjamin Sinclair, while Pearce’s angsty guitar solo is pitch perfect, ratcheting up the tension. You gotta love that the punky, punchy “I Told You That I Was Afraid,” late in the album revisits the social anxiety in a framework that’s entirely counter-intuitive to the song’s message. What a great way to kick fear out the door, where the band joins in and pounds it into the ground.

Similarly, it’s great fun that the loudest, punchiest thing here is “Silence Is Golden,” an angry song about the way noise fuels your anxiety, whether it’s a “siren screaming… a jet plane engine,” and Deck’s fast drum attack is overcome only by Pearce’s searing guitar solo at driving home the point. Just as strident and punchy is “Head in the Clouds,” where the vocal harmonies float above the noisey band, giving Stoke’s voice and lyrics the lift needed. Throughout the album’s twelve tracks the band’s the perfect foil for her thoughtful songs, mixing accessible pop melodies like those of “Your Side” and “Change in the Weather,” to the emo wordplay of “When You Know You Know,” or the shimmering sloppy rock that builds to a punk rant in “Best Left,” as in “some things are best left to rot.”

Stokes pulls out her acoustic guitar for a couple at the end of the record, “A Passing Rain” where the band pulls her back into pop/rock chorus, while the texture of the set closing “2 am,” where the band matches her mood with a more discordant moodiness, where loneliness fills one’s dreams with questions of ‘what if.’ The Beths triumph once again on Expert in a Dying Field, tapping deeper emotions in an artful and cathartic way, in songs that are catchy, fun, and leave you eager to hear more. This band is definitely going places.