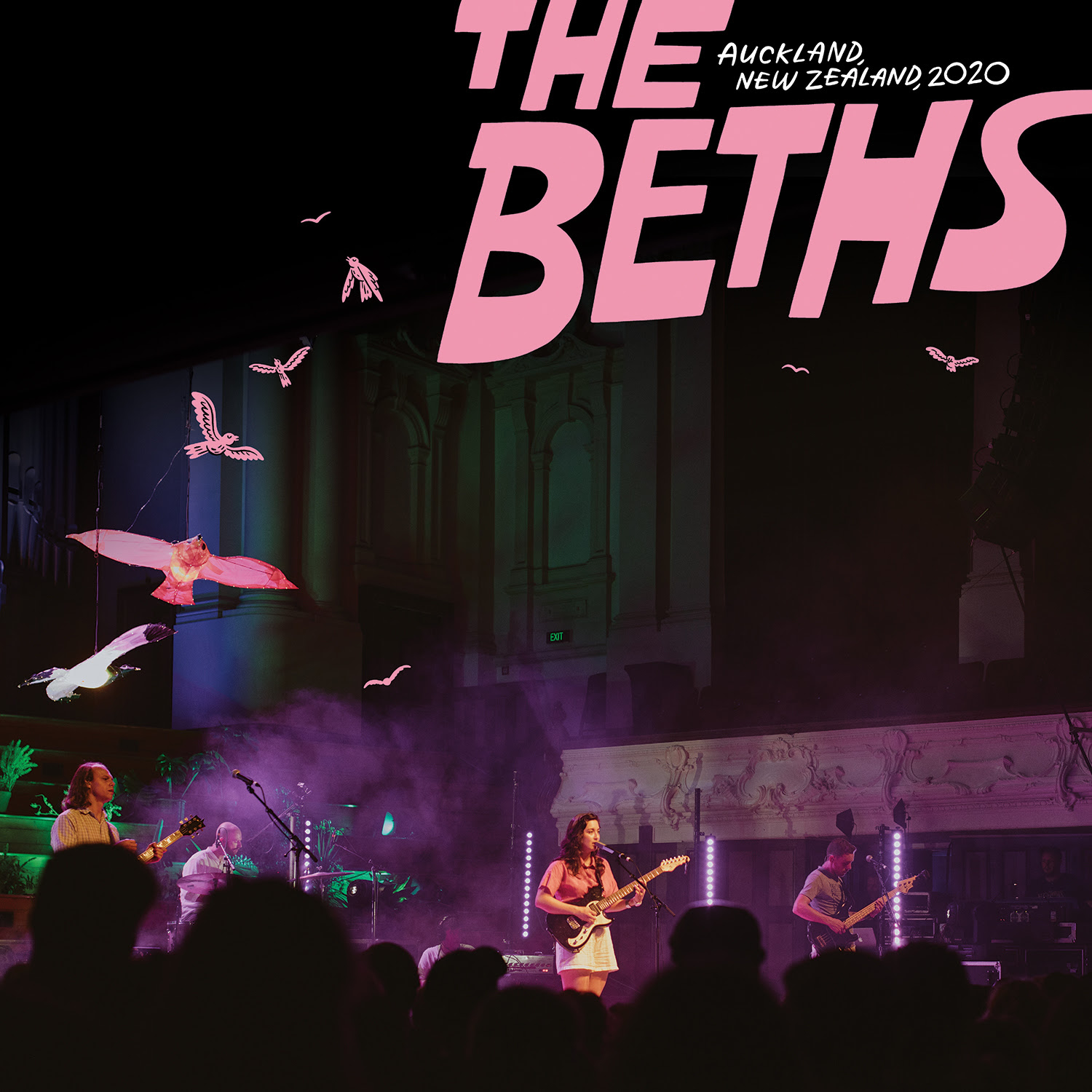 Power pop/rock band The Beths are easily the best thing to come out of New Zealand since Crowded House. With two strong studio albums under their belt – Future Me Hates Me in ’18, and Jump Rope Gazers in ’20 – the band took advantage of their nation’s largely virus-free status to record a live album in front of a hometown crowd while the rest of the world was pretty much shut down with concerts either cancelled or postponed indefinitely.

Fronted by female vocalist and songwriter Elizabeth Stokes, it’s not surprising that The Beths is easily compared to The Go-Gos, The Pretenders, and The Bangles, for their strong mix of melodic power pop, and edgy punk influenced rock. In addition to having a compelling vocalist up front, lead guitarist Jonathan Pierce shines throughout this crisp 13 song set drawn entirely from their two studio albums. Notably, The Beths live versions tend to follow closely the arrangements from the recorded versions, with the band’s signature harmony vocals are sometimes lost or a tad pitchy in the mix. Sometimes the tempo transitions get a bit sloppy, like when they slow things down near the end of “Don’t Go Away,” and sometimes the live sound fails to match the studio mix, like the beginning of “Great No One,” where the punchy guitar chords at the beginning are lost; all things live audiences likely ignore when a band is playing live at full volume. On the other hand, in the live setting you get to hear the audience join in to sing along, as they do on “Dying to Believe,” where Stokes compliments Sinclair’s bass line.

And let’s not overlook the on-stage banter which gives you clues to who these musicians are as people. The Beths prove to be consistently and thoroughly too adorable for words with their gracious introductions of one another, together with the announcements of which bird the individuals are supporting in New Zealand’s “Bird of the Year” election, and their thorough expressions of gratitude to all that made the live show possible. But the best thing about Auckland, New Zealand, 2020, may just be that there’s a band like The Beths out there playing fun, potent power pop and rock & roll right now, with real guitars and drums. And let’s not overlook that while the rest of the world was going without concerts, The Beths were able to play live in their native land because the country came together to follow the healthcare protocols that pretty much eliminated the virus. Given the two excellent studio albums and now this fine concert recording, one can only forecast a long and fruitful career for singer/songwriter Elizabeth Stokes and her band-mates. Can global domination be too far off?

P.S.: For those who need to know, the winner of the New Zealand “Bird of the Year” election was the kakapo, which CNN described as a “fat, flightless parrot,” although there were scandals related to voter fraud. Also, New Zealand’s vaccination rate was slower than other nations, and they are currently struggling with the impact of the Delta variant of the COVID-19 virus.

Artists With Similar Fire: The Go-Go’s / Courtney Barnett / The Pretenders

Mitski – “Working For The Knife” [Video]