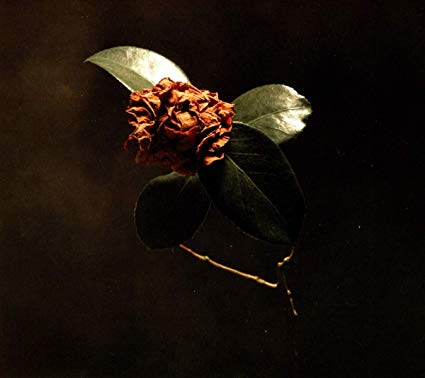 Fire Note Says: St. Paul & The Broken Bones maintain their soulful energy.
Album Review: With their third album in six years, St. Paul & The Broken Bones, no longer satisfied with being appreciated for their status as a world class retro-soul act with strong Gospel music influences, charismatic vocalist Paul Janeway and his rockin’ brass band seek to expand and broaden their sound. Early performances on “Late Night With David Letterman” performing “Call Me,” earned Janeway comparisons to Otis Redding, while his raw and bluesy rendition of “Grass Is Greener,” that only aired on the internet, led Dave to ask “are you alright? We’ll get you someone to talk to.” Lightning seemed to strike twice with “I’ll Be Your Woman” on the band’s sophomore release, Sea of Noise, and that same contagious energy flowed through the performances of two new songs on Jimmy Kimmel back in September, “Apollo,” which draws comparisons to Al Green,” and “GotItBad,” which finds the band locked down in a funky groove that recalls music out of the famed Muscle Shoals studio in Alabama, aired on Stax Records out of Memphis.
Janeway and the seven other members of St. Paul & The Broken Bones – Jesse Phillips on bass, Browan Lollar on guitar, Al Gamble on keyboards, Andrew Lee on drums, Allen Branstetter on trumpet, Chad Fisher on trombone, and newest member, Amari Ansari on sax – share those Alabama roots, and come by the Southern accents in their music quite naturally. Eager to leave the retro label behind, this third album, Young Sick Camellia, which draws its name from the Alabama state flower, was produced by Jack Splash, known for work with John Legend, Alicia Keys, Kendrick Lamar, and a host of newer hip hop and R&B acts. There’s no way they can escape that traditional big brass band sound, but they’ve loosened up the formula, experimented with new sounds and found ways to serve the best of past while working toward a wider range so that they don’t live or die by comparisons to their musical influences, by including more input from the players in shaping the compositions.
These sonic extensions are matched by some of Janeway’s most personal lyrics to date, as he reflects on his relationships to his conservative family roots, and his own path which has led him to very different ways of thinking, yet still maintaining those connections to his father and grandfather. In fact there our four brief excerpts to stories told by his granddad interspersed with the songs, that were recorded before his grandfather’s unexpected death. Janeway himself abandoned a career as a preacher to turn his attention to music, and that journey finds it’s way into the songs. In “Convex” he sings of “a preacher conning Jesus in a storm/Plastic soul singing of money on his mind/He just can’t deny giving out his passion.” While in “GotItBad,” built on a groove that would make Isaac Hayes hop to, he sings of how “Jesus ain’t the problem but he started one,” before referring to a “Preacher of elastic” who sings that “Love is for the mercy.”
In a number of songs, like “NASA” and “Apollo,” Janeway is happy to mix his metaphors, talk of space travel and the distance in loving family relationships, you can create some distance, go to the moon even, but there’s no escaping: “DNA always leaves a trail… there’s nowhere to go.” But mostly, his songs settle into familiar grooves, and familiar notions, like “I can’t live without you” (“LivWithOutU”), and “I love ya, baby” (“Apollo”), while he’s really wrestling with his demons in “Concave” or reflecting on the hold family has on him in “Bruised Fruit,” acknowledging that “Blood is what I can’t escape,” and that “You’re in me when I leave alone/Till the lights go out some day.”
Janeway is such an impassioned live performer, and his go for broke live performances appear to bring the best out of his band-mates, something that doesn’t always translate easily to the recording studio. But with each album, the band’s grown in musical sophistication and depth, and even if they work best and drawing people to those live performances they have served a meaningful purpose. You can’t easily capture the creative spark in a bottle, but on Young Sick Camellia, St. Paul & The Broken Bones manage to maintain that soulful energy while moving further toward their goal through songs that transcend the commonplace by expanding where soulful R&B and spirited performance can take the listener.
Key Tracks: “Apollo” / “GotItBad” / “LivWithOutU”
Artists With Similar Fire: Leon Bridges / Alabama Shakes / Al Green
St. Paul & The Broken Bones Website
St. Paul & The Broken Bones Facebook
RECORDS
– Reviewed by Brian Q. Newcomb