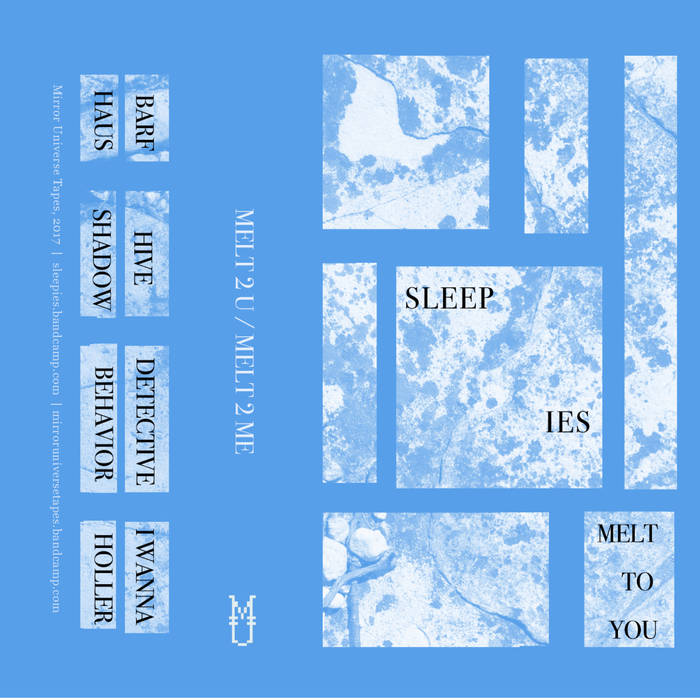 Who: Brooklyn-based SLEEPiES release yet another winner with this 4-track EP.

Sound: Melt To You EP is another product from the SLEEPiES machine that spits out cool music. Release after release, this band just hit the spot when you need some sketchy-yet-catchy post-punk rock.

Opener, “Barf Haus,” is SLEEPiES at their best on this EP. This is their sound. It is that twitchy/nervous, high-strung brand of post-punk that they do so well. Track 2, “Hive Shadow,” switches things up. The bouncy and rather lengthy track sounds like a track from Lou Barlow and Jon Davis’ early Folk Implosion albums, “Dare to be Surprised” and “Take A Look Inside…”

Track 3, the galloping and bright “Detective Behavior” is another bona fide SLEEPiES classic. Album closer,” I Wanna Holler,” is a cover of a 1962 Gary U.S. Bonds’ song. It is a fine cover indeed and shows a nice bit of range and even more so, some of the influences that affect SLEEPiES’ music.

If you are already a fan of SLEEPiES, Melt to You is a no brainer pick-up, but if you are new to the band this is a good purchase, as it shows a band doing what they do best and expanding on their sound all within four tracks.