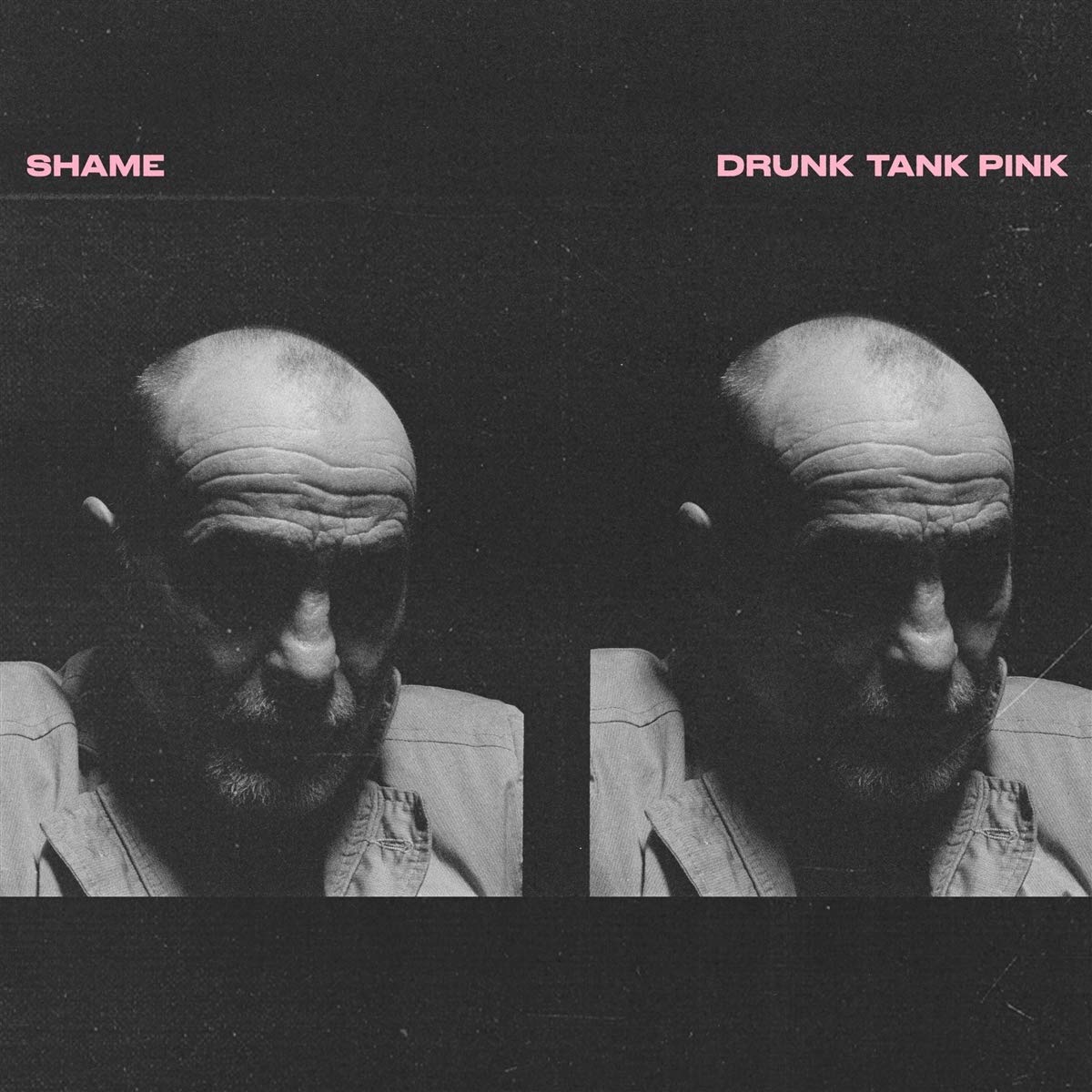 How about a record that embraces the isolation of current times with a simmering post-punk that will hit your core? If that peaks your interest then shame’s sophomore record, Drunk Tank Pink, is a release that you need to spin right now. The band presents a much more mature sound from their debut, Songs Of Praise (2018), that is smoldering darker with its dialed in tempo control and deep grooves.

On Drunk Tank Pink you can hear a band that is floating in space and reaching for a doorway as the walls are closing in and have no firm relationships to pull them out. It may sound dreadful but the seriousness of the situation creates a more focused shame and a lead singer in Charlie Steen that takes command of every song. These 11 tracks hit harder than anything they have played before and the best part is that the band has several songs that slow the tempo way down like “Human, For A Minute” and the mesmerizing closer, “Station Wagon,” which showcase more depth and dimension in their music.

The bread and butter for shame though is the ability to turn the power on with a flip of the switch like on opener “Snow Day,” which just builds into a wall of sound while “Alphabet” is a spiral of hurricane noise around guitar riffs and Steen’s boisterous call out. One of my favorite tracks after listening to this album multiple times is still the single “Water In The Well.” It starts with a grooving beat before adjusting its tempo up and finds the band yelling out in the background. Then the track just explodes in its last third and the line “I make heat. I take it, I take it” has Steen summing the song up perfectly in nine words.

I will be completely honest that I didn’t connect with shame’s debut. I think you either got it or you didn’t as I thought their youth held some of the record back but you could still hear the potential. Drunk Tank Pink has molded those pieces into a much more cohesive and distinct shame. This is a record that now has me supporting the early hype and turning this record up every time I hear it!