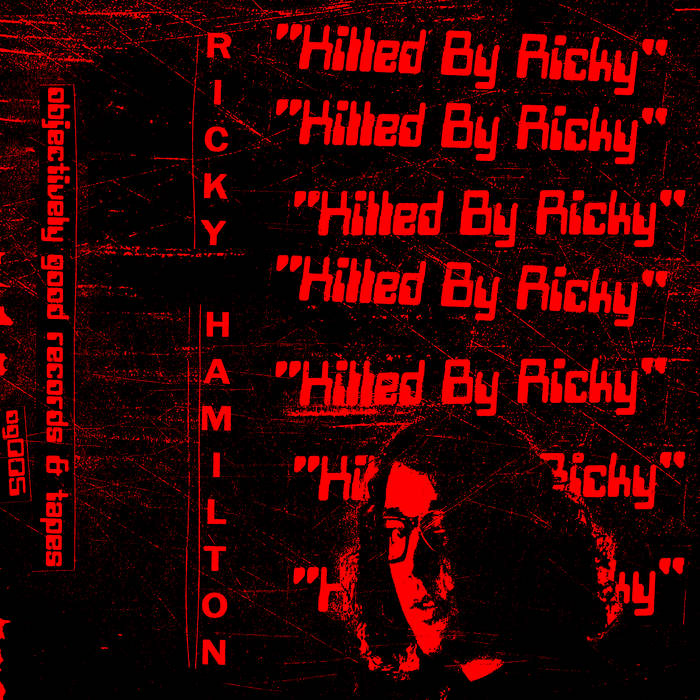 Who: Ricky Hamilton runs Quality Time Records and plays in a multitude of bands currently rocking Cleveland. Killed By Ricky is his sophomore solo effort.
Sound: Ricky’s solo work continues along a similar noisy lo-fi punk mode of his bands. This effort has the vigor of post-punk Wire, in your face Art Brut type more spoken vocals and the garage experimentation of Thee Oh Sees.
TFN Final Take: Ricky Hamilton has been pumping out music at a quick pace that most notably includes recent 2017 releases from his bands Fascinating and Shagg. His sophomore solo effort, Killed By Ricky, is a fun quick 14 minute joy ride that gives you eight up tempo garage rockers. What I really like about this release is that Hamilton absolutely stays in the swim lane of music that he enjoys but also is not afraid to step just outside of its edges. Especially with the closing three tracks of “100 Meters From The Truth,” “Razorwire,” and “Queen City.” The first two add in some spastic guitar and electronic noises that go wild while “Queen City” closes the record with a catchy Ramones type bounce. Basically, if you like your imperfect noise rock then all of Ricky Hamilton’s work should be on your radar as he is propelling the current Cleveland scene to the forefront of discovery!