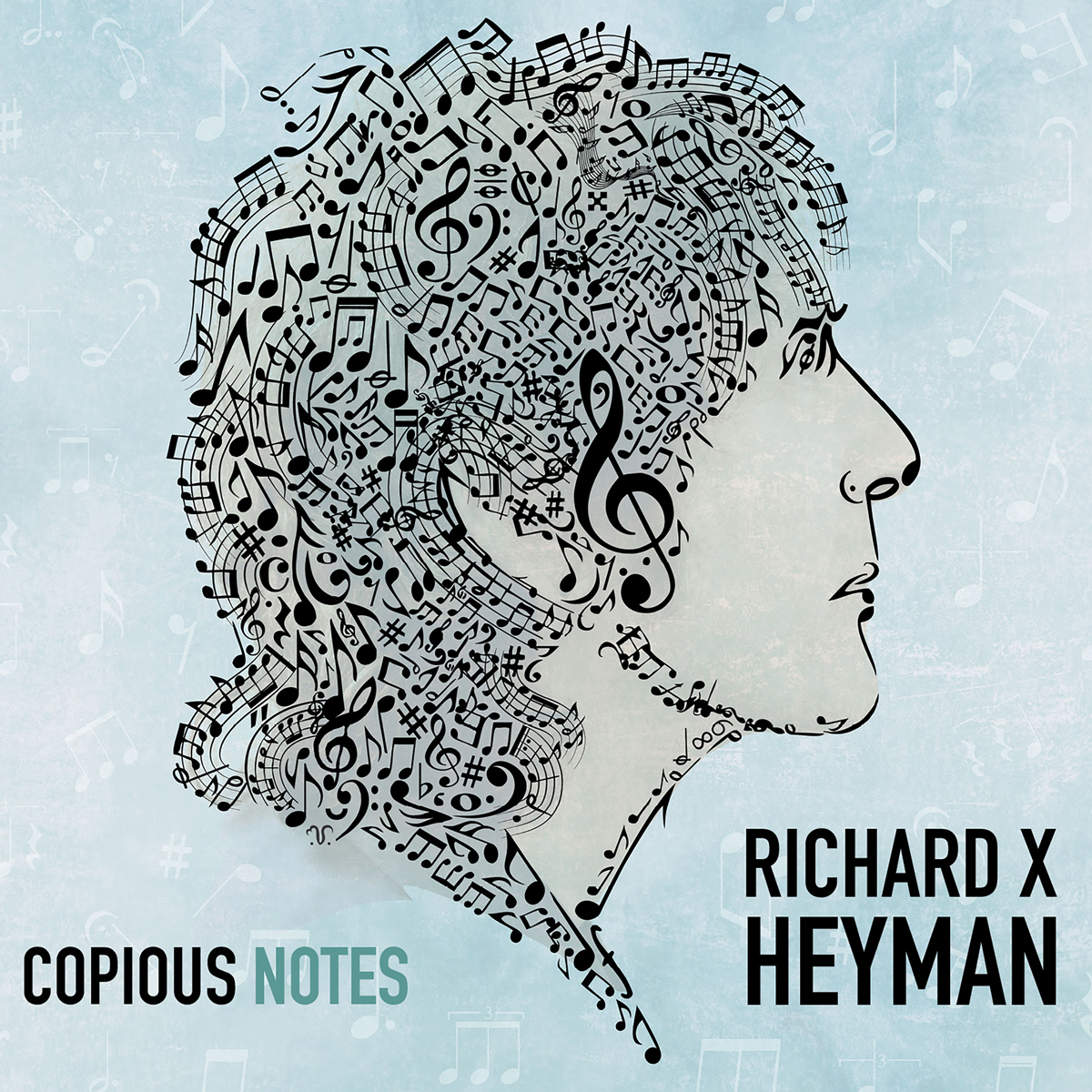 Richard X Heyman, like most power-pop artists who came of age in the 80’s, draws on earlier generations for influences, most obviously the Beatles and British Invasion bands, LA sound bands like the Byrds, and pop songwriters from folk, R&B, and Motown. Starting out as a drummer in the New Jersey garage band The Doughboys, Heyman took up guitar and keyboards, and by the time he released his solo debuts, the EP Actual Size in ’86 and LP Living Room!! in ’88, he’d become a skilled multi-instrumentalist, playing all the instruments on his recordings, like two of his musical heroes, Paul McCartney and Todd Rundgren.

Throughout the 2010’s, Heyman has remained very active, releasing a full-length album every two years, this new one just two years after Pop Circles, released in ’19. On Copious Notes, Heyman hearkens back to 60’s pop sound on rock & soul shouters like “Sink Or Swim,” the catchy power-pop of “Tell Me When,” and vocal harmonies and ringing guitar tones of opener, “Nearly There.” “Cedarbrook Park” is a piano ballad that looks back with nostalgia at the school marching band, augmented by strings and featuring drumline cadences at the song’s end. “One and All” builds on a strong bassline and features a guitar and keyboard solos, but as throughout, the song builds on the melodic vocal lead supported by harmonies. Heyman’s strong vocals, and tight instrumentals, deliver consistently across the 12 tracks of Copious Notes, a recording designed to satisfy power-pop fans.