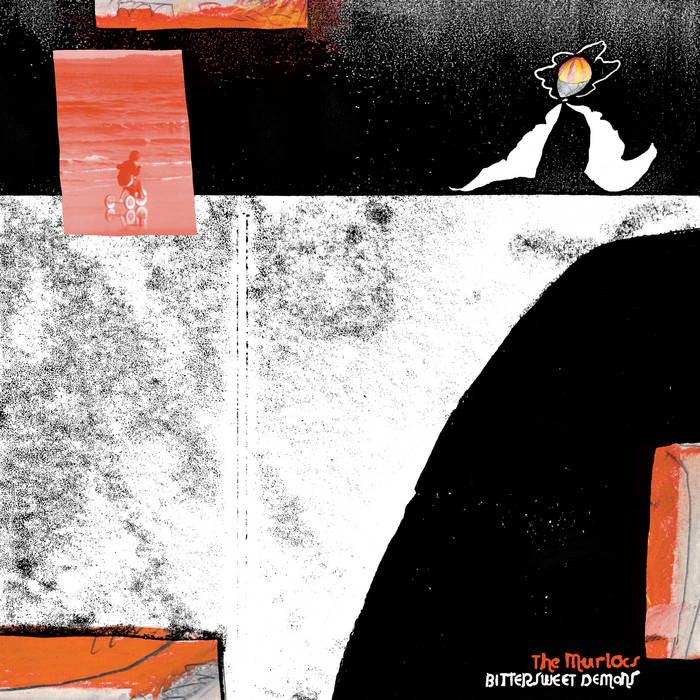 Melbourne-based five-piece The Murlocs always will be tagged with an asterisk that describes them as having two members of the ever growing popular King Gizzard & The Lizard Wizard. Those two members are lead singer/guitarist/harmonica player Ambrose Kenny-Smith and bassist Cook Craig but the Murlocs have plenty of other talent as the band is rounded out with guitarist Callum Shortal (ORB), drummer Matt Blach (Beans), and keyboardist Tim Karmouche (Crepes). It also is an advantage that the group knows each other well as Bittersweet Demons represents their fifth long player.

From the rollicking rev of a car in the opener “Francesca” to the closing show stopping ballad “Misinterpreted,” The Murlocs show a new maturity in their music that they have only touched on before as the group is now in their 10th year as a band. The song structures for Bittersweet Demons were written mostly on piano which fits the more personal nature of the lyrics and drives the confidence behind every track. I like how the songs roll with an almost southern country rock beat that makes the harmonica feel right at home, while the leisure sway of tracks like “Shewhiff” and “Eating At You” gives me a modern Black Crowes vibe.

The Murlocs laid back delivery gives a memorable foot tapping pace for Bittersweet Demons‘ entire 43 minutes which pulls you into each track. The balance is well applied with big classic sounding stadium rockers like “Skyrocket” or the intense key playing on the title track that makes you feel like you are sitting on the piano bench singing along with the band. This type of showmanship is the catchy root of The Murlocs and it completely separates Bittersweet Demons from anything previously released in their catalog or the members other bands. All of this cohesion and experience raises the bar for Bittersweet Demons which is now one of The Murlocs best releases to date!