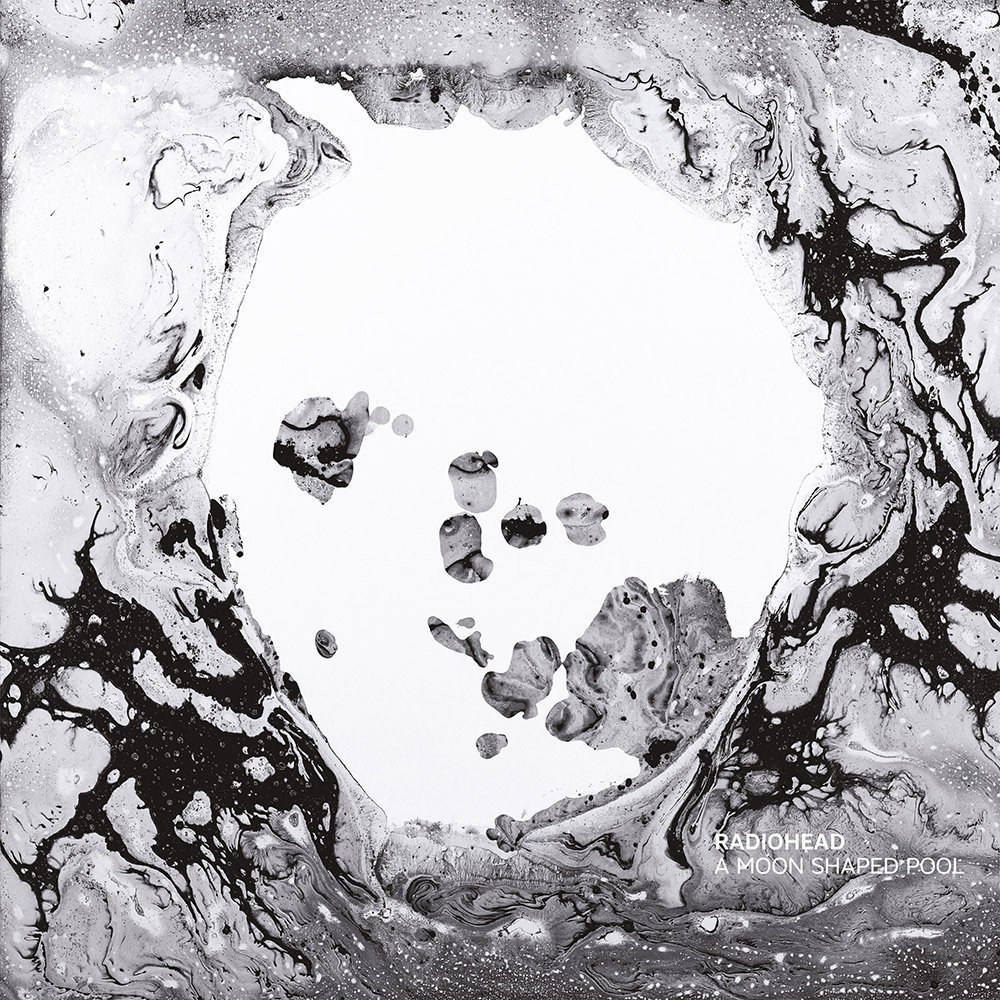 Fire Note Says: A Moon Shaped Pool shows Yorke and Co. working from the inside out.

Album Review: After 2011’s The King of Limbs, Radiohead have finally returned! With them, they have brought their 9th LP entitled A Moon Shape Pool. Now I could go into the groups almost 32 year history together and share all the innovations and artistic changes that they’ve brought with them but, if you are a fan of music then you can generally parse that out for yourself. Radiohead’s A Moon Shaped Pool shows a band that has stopped evolving and has started merging. Not to say that Radiohead has become stagnant but, the fact that they started from themselves and worked their way out. During the recording of this album, Thom Yorke split from his mother of two children and partner of 23 years Rachel Owen. Nigel Godrich, often considered the 6th member of Radiohead, lost his father during the recording of the album saying: “Making this album was a very intense experience for me. I lost my dad in the process…Hence a large piece of my soul lives here.” It’s theses experiences that seem to add to the artistry.

Let me first say this, compared to their 90’s guitar art rock albums A Moon Shaped Pool isn’t catchy. It’s actually almost terrifying in a certain way. But, that’s one of the greatest strengths of A Moon Shaped Pool; it doesn’t have to be catchy – beauty, art, and poignancy are at the forefront. “Burn The Witch” takes its stance on the Syrian refugee crisis and anti-Muslim rhetoric while lacing it with nods to the anti-Bush sentiments of 2003’s Hail to the Thief. “Daydreaming” shows a frightening, weightless calm as Yorke accepts his helpless state saying: “This goes beyond me, beyond you.” It’s Yorke saying I hate to say I told you so but, I told you so. “Decks Dark” is a haunting twinkle that inspires Ok Computer nostalgia with its mention of “Space crafts blocking out the sky.”

I’d be doing A Moon Shaped Pool a disservice if I didn’t talk about one of its‘ biggest assets, the London Contemporary Orchestra. Johnny Greenwood wields the players with great poise and tact. “Glass Eyes” is a mini chamber movement that shows Yorke at his most ordinary with the opening line: “Hey it’s me, I just got off the train.” Yorke in many realms has seemed like an antagonist but, it’s here where he brings it down a notch. “The Numbers” is absolutely a must hear track. Yorke preaches the damnation of climate change while busy murmurs build “The Numbers” to a string laden syncopated climax.

Other highlights include the “Idioteque” like stylings of “Ful Stop,” the guitars cast like nets in “Identikit,” and the 21 years of evolved charm in “True Love Waits.” Just as A Moon Shaped Pool references a contained body of water, so does each song. A Moon Shaped Pool does not have a traditional flow but, self contains its songs like a diorama of feelings and themes. It’s Radiohead at their least existential with a large focus on the internal and present tense. Radiohead has a history that stacks the deck in their favor. While half of the songs on this album have been teased in one form or another, it’s their reworking and relation to our/their current situation that helps push this album to the top. With its‘ blend of styles and sound, Radiohead have taken everything they’ve learned from their back catalog to Their Will Be Blood and distilled it down. Will this be the final Radiohead album? I’m going to be selfish and say I hope not but, if this is truly their swan song then it’s a crowning achievement in their storied career.