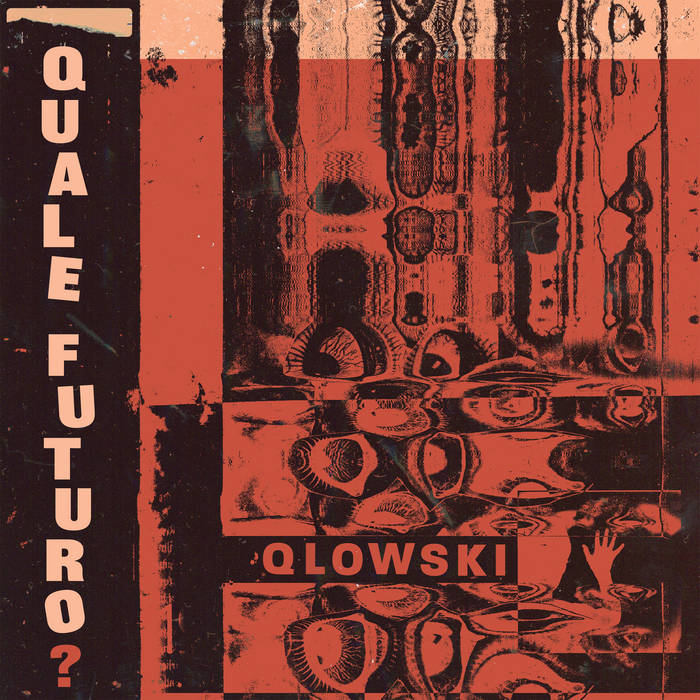 As far as I am concerned there is always room at the table for another post-punk band if their debut is as solid as London-based Qlowski. Their new full length album, Quale Futuro?, introduces you to the quartet of Mickey Tellarini (guitar, keyboards, vocals), Cecilia Corapi (keyboards, vocals), Danny Smartt (bass, clarinet) and Christian Billard (drums, percussions), which together ride a classic darker sound that has some Television Personalities meets Joy Division going on. If you have followed the band’s EPs and singles over the last several years you will be happy to know that Qlowski have grown but not changed.

The record begins with the introductory “Ikea Youth Pt. 2” which is a slightly uncomfortable and robotic almost instrumental track that is a nod to their scorching last single, “Ikea Youth,” which was released in Spring of 2020. It would have been easy to launch the record with the older track but I respect Qlowski moving forward here and giving everyone 11 new songs. Quale Futuro?’s strength is the bands ability to isolate each of the instruments during tracks that give you that standing on the corner by yourself but knowing someone is watching you vibe. Nervous adrenaline rises to top as the songs are edgy and unpredictable which is a good thing as co-vocalists Mickey and Cecilia keep the delivery fresh.

Every crevice of Qlowski’s album sounds precise and purposeful whether its on the post-punk drive of a track like the banger “To Be True” or the quieter sing along moments in the first half of “Larry’s Hair Everywhere,” every beat, bass chord and keyboard can be accounted for. Many times the tracks swirl with a volcanic distortion but it goes away as quick as it turns on and that’s the catchy quality of Qlowski. Quale Futuro? is a perfect debut full length for the group as it captures all their previous ideas and harnesses their momentum forward while setting up some high expectations for what they release next. This is one slow burner of of an album you don’t want to miss!