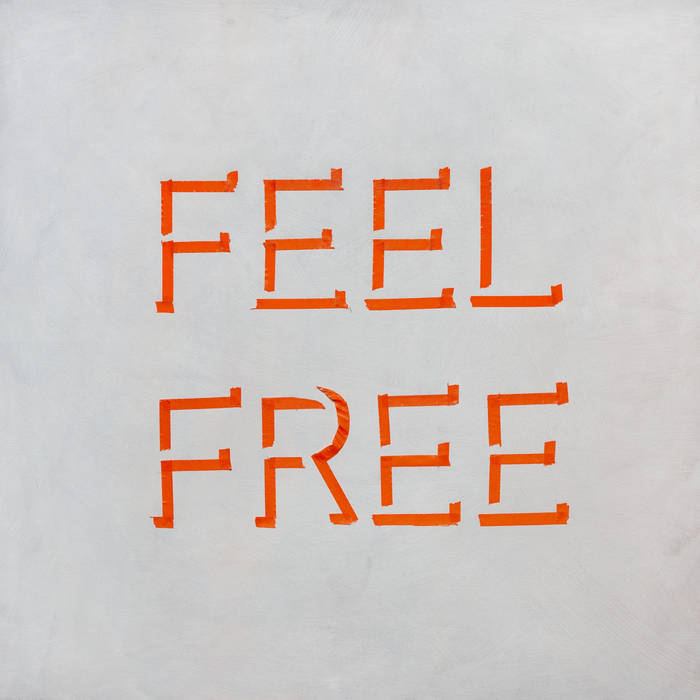 Feel Free is the debut Baltimore’s Proper Nouns, a power pop three-piece led by singer/songwriter and guitarist Spencer Compton. Joined by Jon Birkholz on bass and Joe Martin on drums, Proper Nouns delivers the kind of fast, punchy, punk-influenced, 80’s alt/pop associated with artists like Elvis Costello, Squeeze, XTC and very early R.E.M. at their most Beatlesque. Compton actually borrows a quick guitar melody from George Harrison’s “Here Comes the Sun” in “Borrowing From the Future,” but his often political lyrics are sung at such a spitfire pace that they’re difficult to make out. You might suspect that a song like “Emma” is a simple love song, but words like “institution” and “revolution” jump out of the lyrical word salad that even a concerted effort cannot easily suss out, suggesting that Compton has a lot more going on than say, looking at the moon in June.

In the video for “Known Unknowns,” Proper Nouns mixes performance footage or the trio with brief video shots of politicians on both sides of the political aisle, in a song that expresses a strong anti-war sentiment. It’s also that only track of the 14 here that reaches three minutes, while including some of Compton’s more interesting chording. On the title track, he even plays a brief solo, but like a lot of the fast punky power pop in this vein, there’s little space or interest in traditional soloing, with Compton’s bright guitar tones rely brief fills and an aggressive rhythmic attack to build tension and excitement.

Proper Nouns are looking for “Redeeming Qualities” while coping with “Terror By the Book,” but veiling their paranoia and “Fear to Care” with the kind of bold, fast party pop that makes a crowd “Get Happy.” Perhaps hearing Compton’s airy voice but not necessarily making out the words, made these brief, pop rock songs feel more-cheery than they might have felt if I’d taken in every word (he does claim to be “Post-Everything,” after all), but I’m not complaining. In a world divided by political parties and the varied “Isms,” it’s hard to get nostalgic for “Y2K,” but time marches on, and thankfully some of the more enjoyable musical vibes never get old.