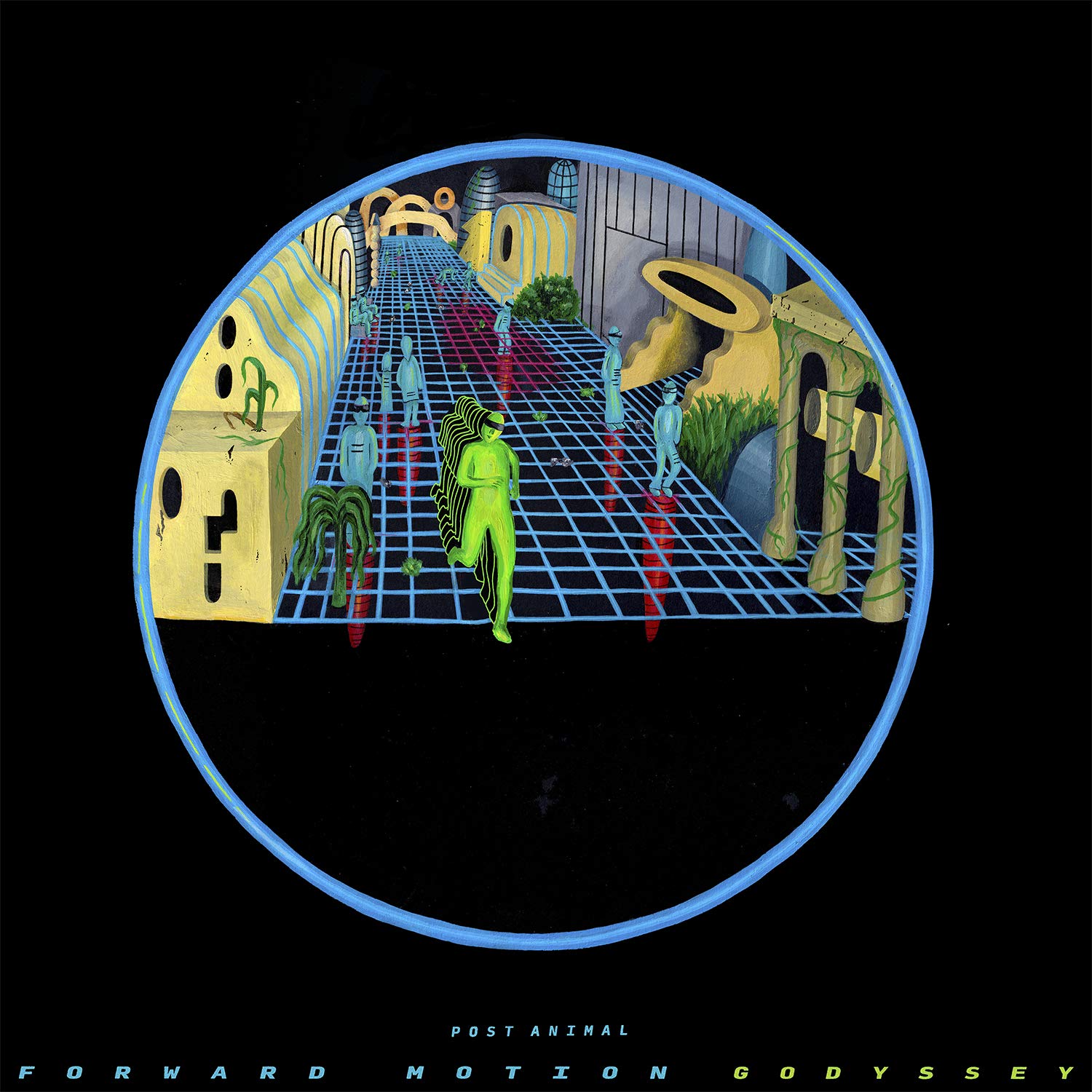 I feel like if I’m going to introduce you to Chicago, Illinois’s Post Animal then I have to get one thing out of the way first. Joe Keery, yes, Steve Harrington of Stranger Things contributed to their debut album When I Think Of You In a Castle. I never wanted to be crass in this matter-I’m sure Joe is a great guy-but, he didn’t have much involvement-for obvious reasons-with Post Animal’s sophomore, follow-up Forward Motion Godyssey.

Being fresh off the …And You Will Know Us By Our Trail of Dead review I feel like I can’t help but cite their main songwriter, Conrad Keely. Keely told cos.net, “I feel like I’m writing pop music… it’s just not Top 20 pop. It’s the pop music I wish was on the radio.” This is exactly the vibes I get while listen to Forward Motion Godyssey.

This is an album that takes its influences and wears them on its sleeve. “Your Life Away” opens the door with a warm, swirling combination of Pink Floyd and The Flaming Lips. “Post Animal” really came as a surprise as it kicks things into King Gizzard high gear.

Forward Motion Godyssey is an album that really thrives on surprising the listener. “In A Paradise” is the centerpiece of the albums as it goes full Kenny Proggins. It takes subtle swings at Wings and is at times, truly a lost song off Orb’s Naturality. “The Whole” returns to The Flaming Lips camp with a At War With The Mystics charm. “How Do You Feel” is very much Currents track gone b-side. “Safe or Not” takes a world music flare as the instrumentation battles a pattern that sounds like the disco, funk of Khruangbin’s “Maria También.”

I feel like if you take my quote at the top of the review and change the pop music to classic rock. You’d get a more accurate portrayal of what Post Animal is trying to achieve. Forward Motion Godyssey is a true moment of growth conceptual growth, instrumentation, and song writing. The album uses many familiar tropes of the psych rock/pop genre but, Post Animal uses a boldness, energy, and flare that makes it their own. Post Animal is setting a grandeur that 2019 hasn’t seen yet. Can they continue to build upon that? If they push themselves just as hard next albums, count me intrigued.