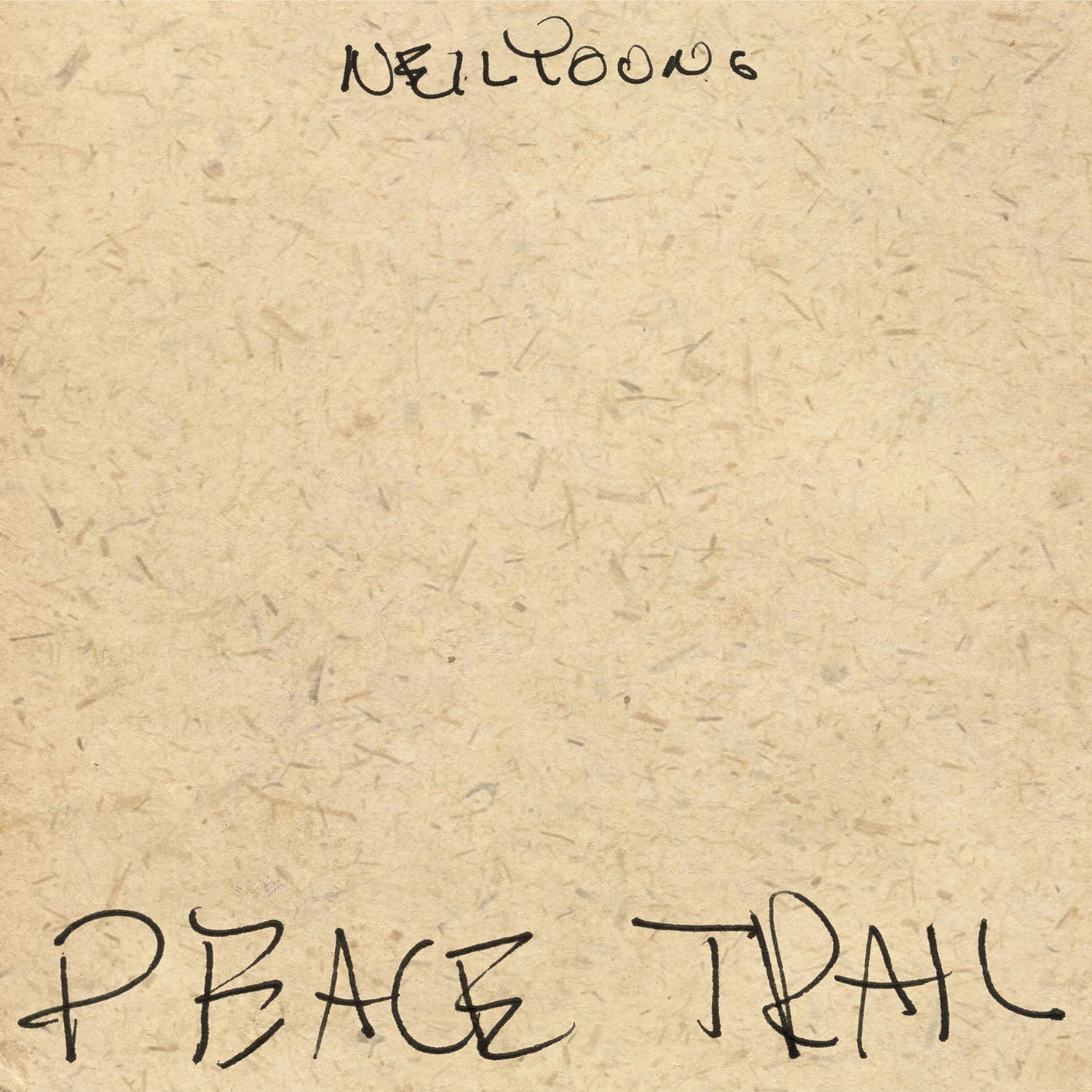 Fire Note Says: Neil Young is both focused and quirky on his latest – Peace Trail.
Album Review: Of the six veteran rockers invited to play the Desert Trip concerts, dubbed “Oldchella” because of the advanced age of the artists—The Who, The Stones, Paul McCartney, Bob Dylan, and Roger Waters— and their presumed fan-base, Neil Young is the only one who’s produced at least an album of new material every nearly every year of the last decade. In 2012 and 2014 he released two full length albums, but somehow failed to release one in 2013. Earlier this year, he released the live album, Earth, recorded with Willie’s son Lucas Nelson and his band Promise of the Real.
On his 37th studio album as a solo artist, not counting his live albums and recording with Buffalo Springfield and CSN&Y, Young reflects on his prolific and productive musical career in the song “Can’t Stop Workin’.” “I like to work when there’s nothing going on,” he sings “it might even keep me breathing when I lose control,” and then he goes on the one thing worth stopping work for is “forgiveness.” But he never suggests whether he’s seeking to be forgiven, or desiring to forgive others, or what forgiveness has to do with his work exactly.
One thing that fuels Young’s muse it seems is his willingness to step away from a working relationship and move on to play with a different configuration of supportive musicians, like his long-time on again/off again relationship with the band Crazy Horse, and his tenuous relationships with Crosby, Stills & Nash. For the last couple of years he’s worked consistently with Promise of the Real, but after doing two albums with them, for this album he’s chosen to record with studio session drummer extraordinaire Jim Keltner and bassist Paul Bushnell.
Another thing that fuels Young’s desire to keep producing new music is his political activism. Early songs like “Ohio” and “Southern Man,” found him taking on American militarism and racism, and over the years he’s had a long association with Willie Nelson and John Mellencamp to support family farmers through their Farm Aid concerts. Over the years he’s spurned the idea of funding his tours with corporate sponsors, an emotion immortalized in “This Note’s For You.” In 2006, Young took on the Bush Administrations wars in Afghanistan and Iraq on the album, Living With War, with songs like “Shock & Awe” and “Let’s Impeach the President.”
Young’s environmentalism has taken many forms, but was expressed explicitly in the 2003 album, Greendale, and last his two albums last year, The Monsanto Years and Earth, bringing together his concern for the biosphere and the protection of farmers from corporate domination and ill effects of GMO’s. With Peace Trail, he turns attention to the very current protest of Native Americans against the North Dakota Pipe Line to protect their water source. He takes on the issue directly in the song “Indian Givers” and “Show Me.” Young has traveled to be with the protesters at Standing Rock, and has said he plans to return. 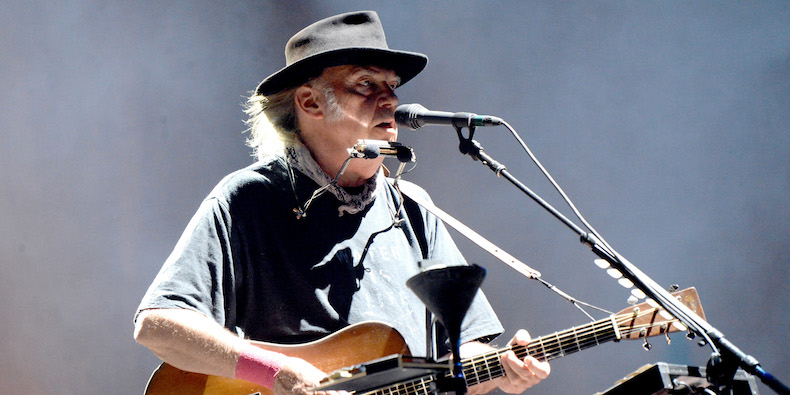 Peace Trail is described as a mostly acoustic guitar, but Young plays a bit of electric here and there on select solos, and adds the occasional simple keyboard melody. The title track opens the record with the idea that “I’m gonna keep my hand in, because something new is growing/I think I’ll hit the Peace Trail.”
The first four tracks coalesce around these themes and are the most accessible musically, fitting comfortably with what we’ve heard from Neil Young over the years. The remaining six songs lean toward Young’s more experimental quirky side.
“Texas Rangers” is set to a stuttering rhythm, as Young sings of the special protective units that were called in as guards during riots that sprang up in response to a police shooting of an unarmed Black civilian, and features a strange fuzzed out guitar burst. “Terrorist Suicide Hangliders” finds Young playing his harmonica over a folk guitar set to a walking blues rhythm, as the lyrics suggest the kind of paranoid response we hear from conspiracy theorists that are freaked out by the influx of Middle Eastern immigrants.
Young tells the story of an environmentalist turned activist who is killed by the authorities at a demonstration that turns into a riot in spoken word in “John Oaks.” “My Pledge” finds Young speaking the lyrics again, over a weird sung echo, describing a man “lost in this new generation,” making faint references to Jimi Hendrix, Florence Nightingale, Abraham, Martin & John, and the plane crash that killed three rock & rollers, presumably Buddy Holly, Ritchie Valens, and the Big Bopper. But what all this is intended to mean is never clear, just some vague declaration about “doing my duty.”
“Glass Accident” returns to Young’s more accessible singer-songwriter style, but seems to be an ode to a dropped glass that is broken on the floor. “My New Robot” begins similarly, telling the tale of a lonely man who orders a robotic companion from Amazon.com, and the song closes out with the altered robot voice requiring a new pin number…. So, you’re thinking, this is some quirky artistic statement about our commercial technology-driven culture, not too far removed from reference in “My Pledge” about how people walk around with their eyes down on their phones talking to invisible people as if in conversation… but you’re also thinking, what the hell is this?
Peace Trail starts off winning points as a solid protest record addressing the issue of eco-justice, support for the rights of indigenous peoples and raising important questions about the underlying values in our country’s policies. He’s prescient singing “I wish somebody would share the news.” But then the rest of the record kind of skitters off the rails, as Neil has done from time to time in the past, but you gotta love that he’s still at it.
Key Tracks: “Peace Trail” / “Indian Givers” / “Show Me”
Artists With Similar Fire: Bob Dylan / Crosby, Stills & Nash / Tom Petty
Neil Young Website
Neil Young Facebook
Reprise Records