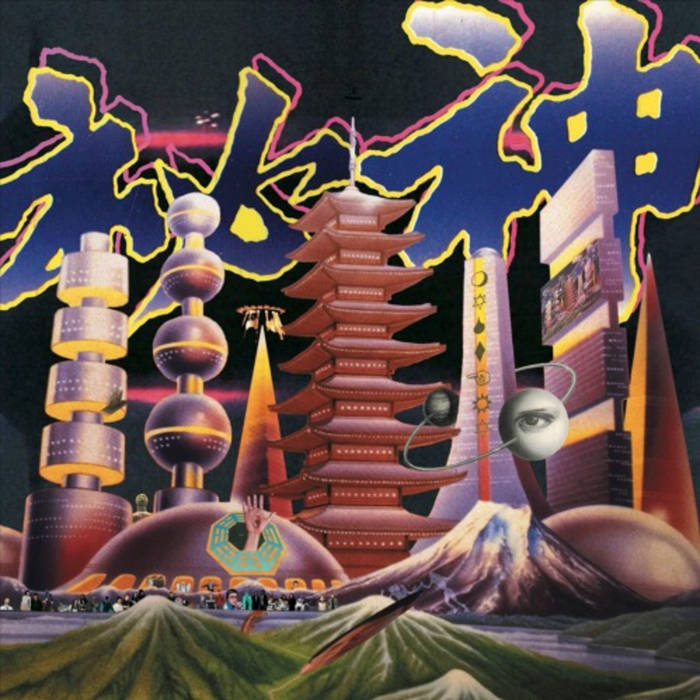 If you have been reading the pages of TFN over the past year, you have probably noticed more press on the psychedelic scene that mostly has come from the other side of the globe. One of the leading labels on the cutting edge of the movement is Guruguru Brain. Their newest release is from brothers Hom Yu and Jiun Chi from Taiwan. The duo is known as Mong Tong 夢東 and their debut album is a richly dark and complex record titled Mystery 秘神.

The brothers take on the psych scene is unique as their record has been built from a decade of listening to relaxing Chinese synth pop, video game soundtracks, psychedelic music, doom metal, and sound collage. That background pushes Mystery to another level as Mong Tong use creeping rhythms with bouncing 80’s type synths, surging bass and very well placed guitar chords to create their own musical journey.

Sometimes you either connect with a record like this or you don’t. I like this music because you can hear the art and thought behind every note or sample. “Chakra” is a great example of this as it contains some well placed spoken word in its last third, which to my ears translates to a scientist inquiring about some phenomenon as the music perks with intrigue while keeping its secrets locked away. I also enjoy a track like “A Nambra,” that appears near the end of the record. The song is more upbeat with a jingling march to the drums and it pulls in some heavier reverb which propels this record around full circle.

Mong Tong is another great find by Guruguru Brain as Mystery has a high replay value. There are so many layers to their music that you truly hear something new with every spin. Like I said before, it is mostly instrumental so if you are all about the hooks, Mong Tong won’t be your thing. If you are just dipping your foot in the pond with psych, Mong Tong’s Mystery is a solid start as this album is pointed, confident and always is moving forward and pushing its boundaries in its own dimension.