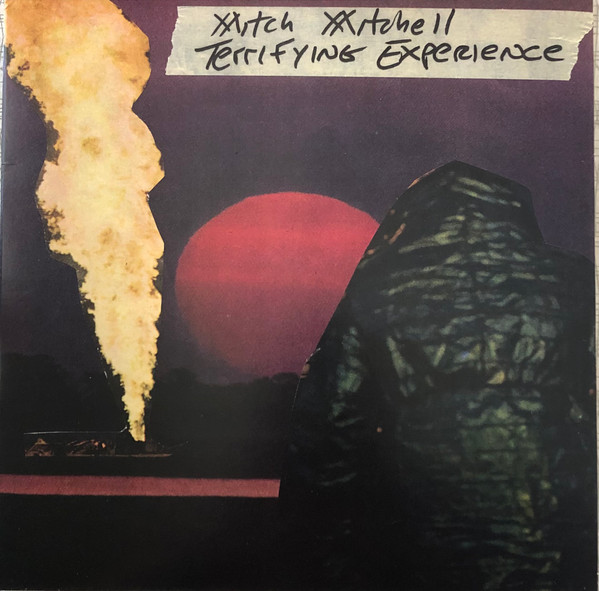 Somewhere in a Dayton, Ohio neighborhood, squalls of guitar feedback escape into the night air. Cans of cheap beer and ash trays are scattered around the makeshift home studio, where riffs seemingly transported through time from somewhere between 1967 and 1975 keep pushing the levels on the Tascam into the red. Tapes get scrawled with titles like “The Roots of Chrome,” “Willing Genie in the Wire,” and “Towers of Fire,” while a stack of old Life magazines sits in the corner, destined to be cut and pasted into an album cover collage.

No, I’m not describing a scene from a Guided by Voices recording session circa 1992, but I might as well be. Mitch Mitchell (not the Jimi Hendrix drummer) was, after all, one of the longest-serving members of GBV and one of Robert Pollard’s earliest collaborators, the two appearing on recordings together as far back as the late 70s. Since departing GBV for the first time in 1996, Mitchell has released several albums and singles under his “Terrifying Experience” moniker, where he plays no-frills garage rock that hits hard. Appalachian Tontine, his first full-length released on vinyl and sold exclusively through his Facebook page, isn’t a polished production by any stretch of the imagination—instead, it’s the kind of raw, Midwestern lo-fi rock ‘n’ roll that weekend nights at your favorite dive bar are made for.

A fully self-produced affair, Appalachian Tontine should sound familiar to the GBV faithful: loud guitars played with a combination of power and sloppy charm; distorted vocals that sometimes get buried in the mix; simple but effective drumming. Stick any of these tracks on the band’s classic run of early 90s EPs like The Grand Hour, Fast Japanese Spin Cycle, or Static Airplane Jive, and you’d be hard-pressed to tell they didn’t belong. There are slight touches of psychedelia here, punk-influenced intensity there, but the underlying blueprint is riff-heavy hard rock, with catchy vocal melodies that slot right in (whether you can understand the lyrics or not).

With its rough and ready sound, solid songwriting, and homemade charisma, Appalachian Tontine harkens back in several ways to the early 90s indie scene that GBV helped launch. But it’s also rooted in the late 60s and early 70s, after The Beatles made the world sit up and pay attention and The Velvet Underground inspired everyone who heard them to start a band. The sound that emerges over its ten track is that of a rock ‘n’ roll lifer keeping the flame alive—and having a good time while he’s doing it, too.