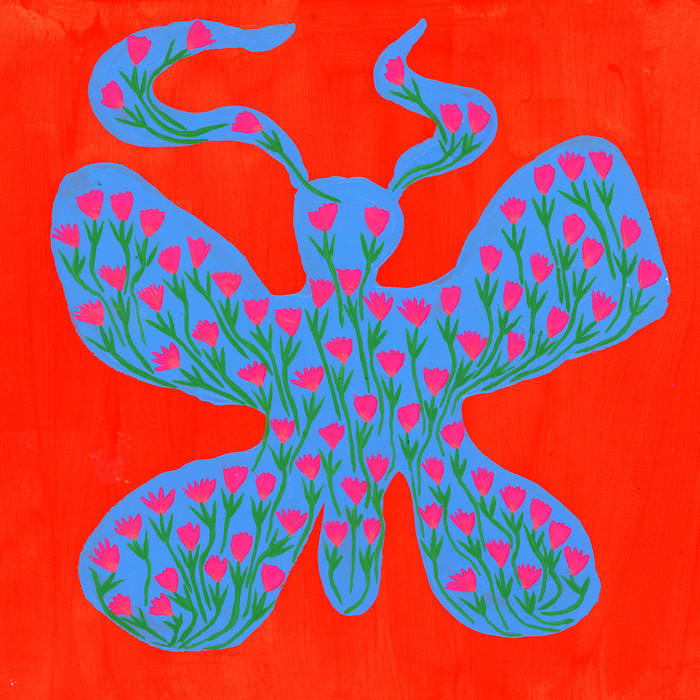 Chicago’s Dehd have grown with each album they have released since their self-titled debut came out in 2016. The band really seemed to be hitting a musical peak with 2020’s Headphone Approved Flower Of Devotion and with all the critical acclaim the indie band experienced – way more attention! That attention led them to Fat Possum Records which provided them more tools in the box and a bigger budget. Sometimes that promotion to a bigger league can be a tragic setback for an indie group but Dehd handles it well on Blue Skies. In fact, the trio keeps their focus on providing a very similar journey that got them to this point in their career.

You can hear the improved production crispness almost immediately on Blue Skies compared to Dehd’s previous efforts. When you quickly hit the catchiest single of the group’s career, “Bad Love,” you know that Dehd has sonically changed forever. That is not a bad thing as this jangly indie pop song has a great foot tapping beat and big soaring chorus to go with it. The track is easy to remember and sing along with as Emily Kempf (bass/vocals) drives this song and really steps out as the dynamic vocalist for the trio. Even though Jason Balla (guitar/vocals) and Eric McGrady (drums/vocals) also have lead vocal duties throughout the album, I would say Kempf’s tracks stand out the most. With that said, Dehd blends their diverse sound enough that it does not disrupt Blue Skies overall flow but at times they can sound like a different band depending which member has the lead vocals.

What I really like about Blue Skies is that Dehd does not try too hard to become something they are not based on previous successes. Sure, the bigger sound is here but the band stays loose and still has plenty of lyrical depth. For example, Kempf’s “Window” is about the pursuit of perfect love. It is a track that is easy to connect with while on “Empty In My Mind,” Kempf exclaims “Over kissing strangers, I want to kiss a friend!” Once again, connection is important. This sincerity within each song is how Dehd stays grounded and makes Blue Skies a solid progression forward without losing any of their previous charm. It is also a record that should grow their fanbase as it only improves with repeat plays!