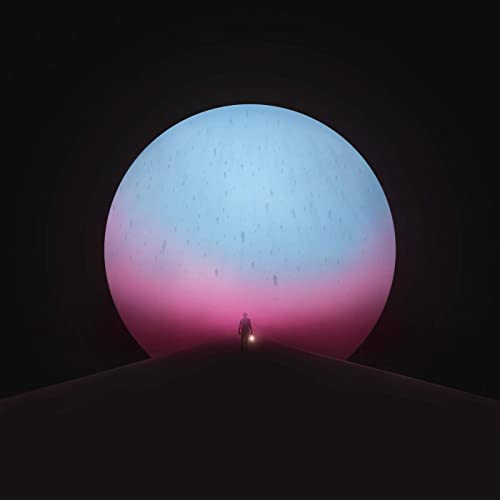 The sixth album from Atlanta alt/rock quartet Manchester Orchestra feels like the culmination of their 15 years as recording artists, bringing together their early guitar rock inclinations with the orchestrated compositional depth that came later. 2017’s A Black Mile to the Surface embraced a cinematic, concept album/storytelling approach, inspired by the experience of founding members and principal songwriters Andy Hull and Robert McDowell creating the soundtrack for the film, Swiss Army Man. In the years since the duo have not only added another movie soundtrack to their credits, but also produced the solo album by Paris Jackson (Michael’s daughter), and released an album with Kevin Devine as Bad Books. No doubt inspired by the arrival of children in their lives, Hull and McDowell were inspired on “A Black Mile…” by the cycle of life and death and all the questions of relationship and meaning attached to one’s existence. Here, on The Million Masks of God, they take those existential questions of life’s meaning and purpose further, impacted by the death of McDowell’s father from cancer in 2019.

The story line arises from the questions when one encounters the “Angel of Death,” and has to sort through the events of one’s life in an attempt to make sense of life itself. In the videos of the album’s first two singles we get hints about the album’s storyline. In the rollicking rocker “Bed Head,” a young girl entertains a ghost, her invisible friend around her home that is haunted by the lingering presence. In the sparser rhythmic drive of “Keel Timing,” a young boy dances through life with a chosen partner their moves synchronized until she departs, and the aged man sits alone in his chair. The lyric imagines those moments of deep connection in a life that mark a moment as special, even sacred. “Is it holy?” Faced with the issues of life and death, Hull is singing questions about God, meaning, and the afterlife, stating that “I don’t want to hold back my faith anymore,” which gives him courage to “Let It Storm.”

Given the album’s storyline, it makes sense that the rockier, noisier tracks dominate the first half of the album, but on “Telepath,” as the questioning grows more reflective, we hear more acoustic guitars, cello and orchestrations, felt more strongly in the ebb and flow of “Let It Storm.” McDowell and Hull are joined in creating the lush, textured production by Catherine Marks, who they’d worked with on “A Black Mile…,” and multi-instrumentalist Ethan Gruska, who’d worked on the production of recent efforts by Fiona Apple and Phoebe Bridgers. Fleshing out the band is rhythm section, Tim Very on drums and Andy Prince on bass, who rise to the occasion in the soft/loud dynamics of “Dinosaur,” and the more complex percussive underpinnings of “Obstacle.”

On the whole, “The Million Masks of God” manages what great art has always done when faced with the larger mysteries of life, Hull’s warm tenor and angsty howls giving voice to the grief and loss without losing sight of the love, beauty and wonder at the miracle of being itself. The songs, taken together, pointing in the direction of the sacred without ruining everything by suggesting there’s one true answer to life’s questions. The lush musicality suggests an affirming, almost comforting resolution, without becoming preachy or resolute. The gentle beauty of “Way Back” suggests that one can make friends with the feelings of loss and not lose one’s self, while the vigorous angular guitar tones that interrupt the album closer, “The Internet,” suggest that life’s mysteries are not easily tamed. Manchester Orchestra’s willingness to make music that reflects the tempestuous uncertainty and longing at the heart of conscious existence continues to intrigue and invite engagement. Dive in, the water’s fine.