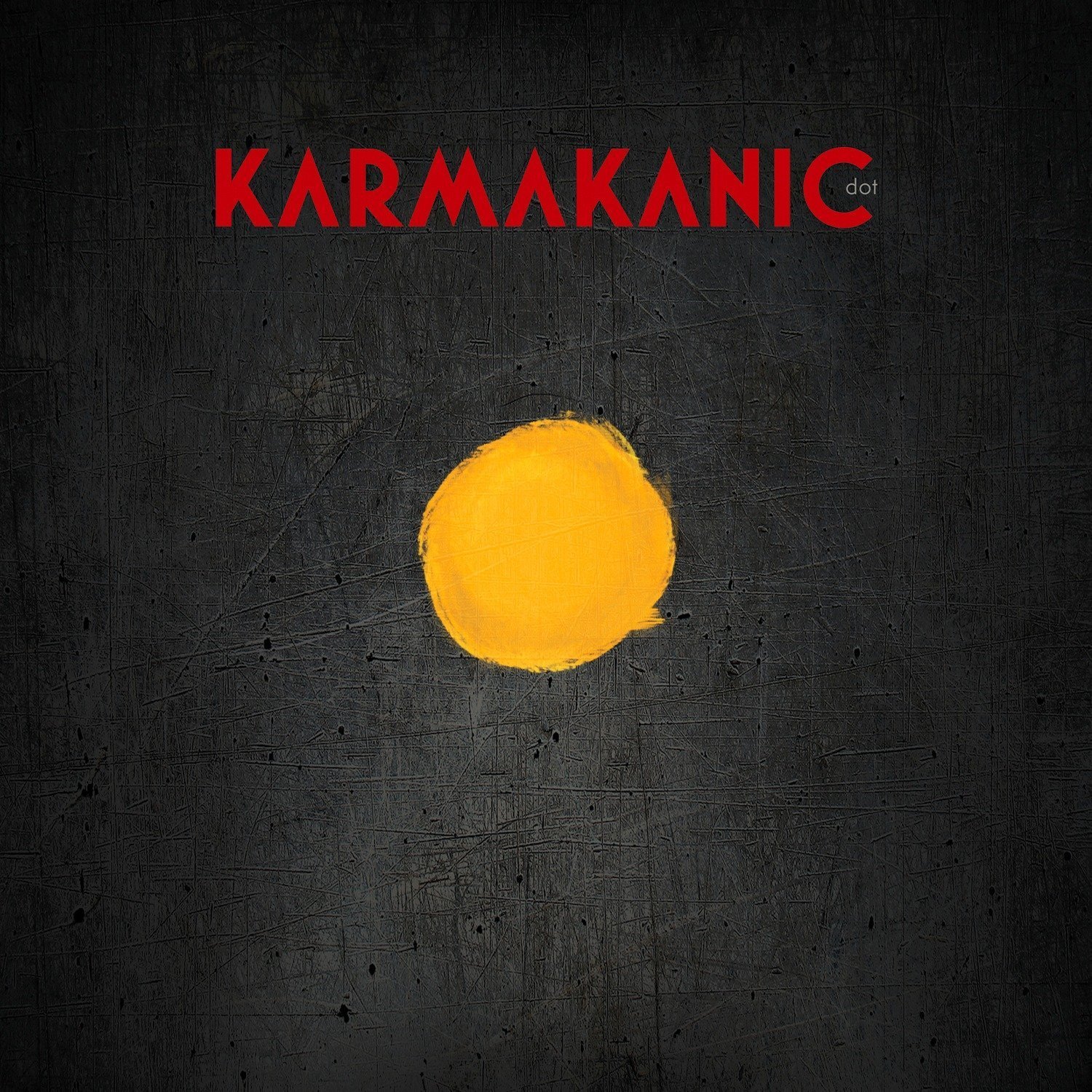 Karmakanic
DOT
Inside Out Music [2016]

Fire Note Says: Explore the universe with Sweden’s Karmakanic.
Album Review: Karmakanic began as a side project for The Flower Kings’ bass player, Jonas Reingold. On their debut album, 2002’s Entering The Spectra, the band consisted mostly members of Reingold’s primary band but with each subsequent release (this is album number five) Karmakanic has shed the Flower Kings members and, to a certain extent, their influence. Finding a unique voice was no easy task considering the extremely long shadow that other band casts and, to Reingold’s credit, this latest Karmakanic record is nobody’s bastard child. Given how busy he has been these days with Anderson/Stolt, The Tangent, a new band called The Fringe, producing for numerous artists, and so on, it is a joy to hear how much effort was put into DOT. It crackles with an energy and enthusiasm often lacking from modern Prog.
The concept behind the album comes from Carl Sagan’s comment that Earth is but a dot in the cosmos and many of the themes here relate to Man’s insignificance in the grand scheme of things. Such underpinnings are always helpful when attempting something as “big” as DOT. The entire record revolves around the thirty minute epic (split into two parts to effectively bookend the album) entitled “God, The Universe And Everything Else No One Really Cares About.” Part One runs 24:40 and, after a short title track/intro, sets the tone for the entire record. It moves from one idea to the next with the expert guidance of Reingold. Every section is melodic and interesting – except a very annoying children’s choir which is a bummer and a true momentum killer. Hey guys: your kids and spouses don’t need to appear in your songs. The rest of the song is so strong that it doesn’t derail the whole but it comes close. The final minute is simply gorgeous as vocalist Goran Edman (Yngwie Malmsteen) sings “We’re all/Yet nothing” and it’s over (until Part Two. Duh.)

The next song, “Higher Ground,” actually is a misnomer as it brings things back to earth. Nils Erikson takes the lead vocals and the contrast to Edman’s more traditional rock voice works wonders. They intertwine some themes from the previous track to good effect as the arrangement is challenging and surprising – truly a stand out track. Next up is the catchy, accessible “Steer By The Stars.” If the rest of DOT has a decidedly 70’s vibe to it, this song is more akin to 80’s Rush or Yes. Carried by a stellar melody and terrific vocal harmonies it hints at a possible future direction for the band. The penultimate track, “Traveling Minds,” acts as a set-up to the final piece but holds up on its own as a dreamy yet powerful symphonic movement. Once again the main theme returns, as it does on the closer, but only as an accent. The reprise of the piano melody on “God…Part Two” is a reminder of just how good a song writer Reingold is. And as the song (and album) jog to the finish line one thing becomes clear: Karmakanic has found its footing apart from Roine Stolt and The Flower Kings.
Special attention should be paid to drummer Morgan Agren (Frank Zappa, The Tangent, Kaipa) and how adept he is at making the complex seem easy. Although the newest member, he is the album’s unsung hero. Also, noteworthy contributions abound from both guitarist Krister Jonsson and Lalle Larsson on keys – the latter also played on the brilliant Anderson/Stolt record, Invention Of Knowledge, earlier this year. As a group effort this may be Karmakanic’s finest moment (although I will always regard 2004’s Wheel Of Life as their high water mark.) The playing here is superb and the songs are well-written. Do they have a throwback quality to them? Sure. There can be no mistaking the ghosts of old Yes or Gabriel era Genesis. But Karmakanic is its own thing now. With one foot also squarely planted in 2016.
Key Tracks: “God, The Universe and Everything Else No One Really Cares About” / “Higher Ground” / “Steer By The Stars”
Artists With Similar Fire: The Flower Kings / The Tangent / Spock’s Beard
Karmakanic Facebook
Inside Out Music
-Reviewed by Scot Lade