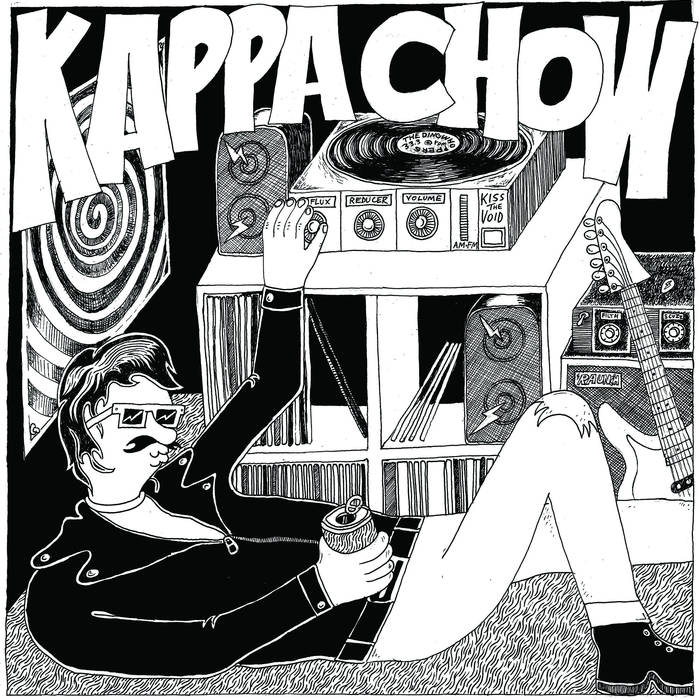 Fire Drill Album Review: “Kappa Chow! Kappa Chow! Kappa Chow! One! Two! Fuck You!” So begins the immensely enjoyable opening track to Kappa Chow’s self-titled LP. This album quickly grabs you by the throat and does not let go.
The New Brunswick-based Kappa Chow lay out a brash, scuzzy, loud, and garage-ish version of blues/punk rock before their listeners. Tracks are peppered with flourishes of sax and large doses of heavy/buzzy and gritty guitar. Most of the tracks feature dual male/female vocals. The male vocals remind me a lot of Jon Spencer Blues Explosion; bold and able to rise above the propulsive blues-fused rock noise.
Out of the nine tracks on their debut, five of them are absolute scorchers. The other four are there to let you catch your breath and enjoy some of Kappa Chow’s more subdued rockabilly sensibilities. These more quiet moments give the album some balance and showcase diversity in song structure and delivery.
“Punk as Fuck,” “Love on Me,” “I Want Out,” “Invisible Shadow,” “Chicka Jan” and “Something Better to Do” are the biggest standouts for me. They get my blood pumping and remind me of the heyday of Jon Spencer when I first heard “Dang” off their massive LP, Orange.
If you are looking for an album to go with your bottle of Wild Turkey and self-rolled cigarettes, Kappa Chow may be the answer.
Kappa Chow Website
Big Tomato Records
– Reviewed by Daniel Taylor