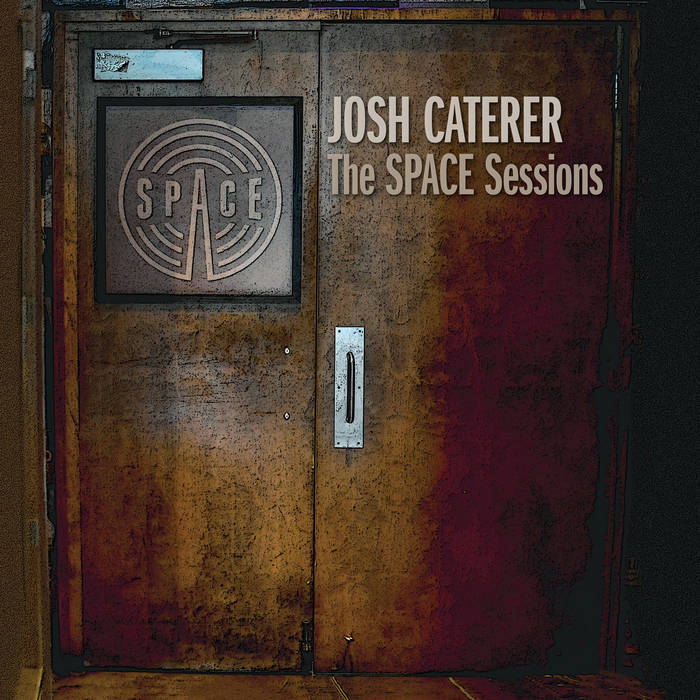 While some artists have used the shutdown of normal life due to the pandemic to hibernate in their studios and record new music, former Smoking Popes songwriter and frontman Josh Caterer has now delivered his second “live” concert album, serving up some tasty covers along with choice songs from his deep catalog of material. Late in 2020, Caterer put a band together to deliver a live concert experience over the internet from an empty nightclub, and recorded the 10 song event for The Hideout Sessions, a formula he’s repeated here on The SPACE Sessions.

Caterer’s approach going back to the Popes’ heyday in the 90’s, has often included strong power pop/punk songs served up with his uniquely melodic crooner’s vocals, occasionally pretty close to channeling Morrissey. All the way back on “Waiting Around,” which is given a punchy delivery here, Caterer told us that he had a thing for “Old Blue Eyes,” and here he serves up one of Sinatra’s hits, “Somethin’ Stupid,” which Frank sang with his daughter Nancy. Caterer duplicates that symmetry with his own daughter Phoebe singing harmony lead vocals on the classic number, and then one of his own, “Don’t Be Afraid.” There are a few other choice covers here as well: the first single is a punchy version of the Etta James’ classic, “At Last,” there’s a fun take on The BeeGee’s late 60’s hit, “I Started a Joke,” and a mellower take on “Smile,” which goes all the way back to silent film comedian Charlie Chaplin.

Of course, a lot of the power and punk in Caterer’s take on power pop/punk comes from the solid band he’s put together, with John San Juan (Hushdrops) on bass and John Perrin (NRBQ) on drums. The rock trio have developed a strong kinetic energy without over-powering Caterer’s melodic voice, but proves especially on fun on rockers like “Waiting Around” where the extra kick comes from Caterer’s inspired guitar soloing. Caterer also takes on Willie Nelson’s “Angel Flying Too Close to the Ground,” which he covered at times with the Smoking Popes, but it doesn’t fair as well here, even with the help of the Total Pro Horns, who also play on “At Last.”

The other originals here are “Racine,” from Caterer’s work with the band Duvall, and another Popes’ nugget, “I Know You Love Me.” But what caps of this set strongly is Caterer’s take on the Elvis Presley hit, “If I Can Dream,” a lyrical response to the famous MLK speech by songwriter, Walter Earl Brown, where the band gives the melody a more aggressive rock & roll grounding. The song’s hope that “If I can dream of a better land, where brothers walk hand in hand/Tell me why, oh why, oh why can’t my dream come true/There must be peace and understanding somewhere…” arrived at the end of one of the most divisive years in recent memory, expressing hope for a new, better day to come. It’s a lovely thought to carry into 2022, even as Caterer and company gives the song the rockin’ foundation it needs to connect over 50 years after Presley’s TV special performance. In all, a fun party record to kick off the start of the new year.

Fire Track: Big Nothing – “A Lot Of Finding Out”