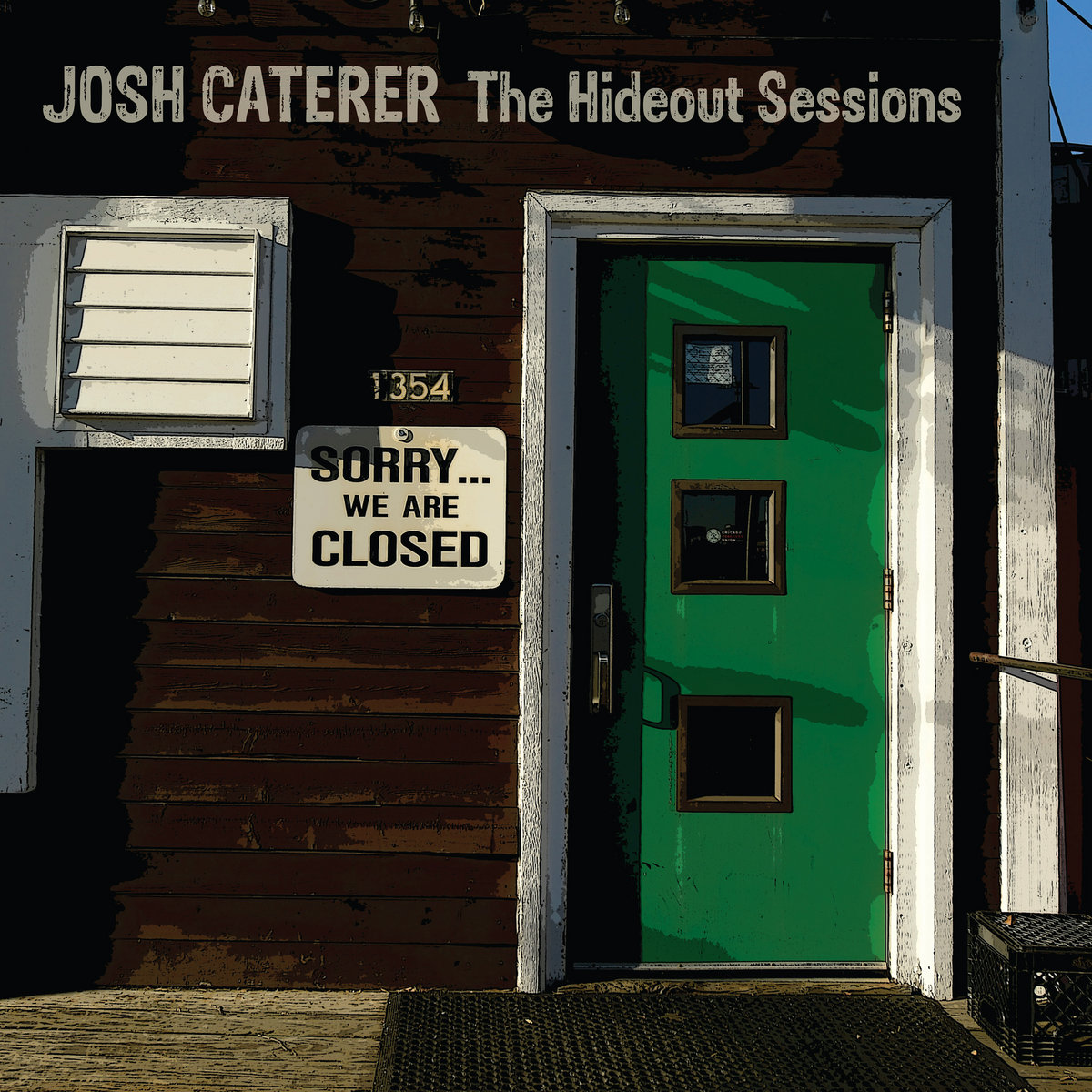 Back in October, Smoking Popes’ vocalist and main songwriter Josh Caterer put together a new band, with John San Juan (of the Hushdrops) and John Perrin (drummer with NRBQ), and played a live show in the empty venue of The Hideout in Chicago, sending their music out over the internet to a ticketed audience. Just a year out from the most recent Popes release, fans no doubt knew to expect some of that band’s power pop/punk anthems, but Caterer sweetened the pot by throwing in a number of pre-rock & roll pop standards that had been made famous by the likes of Frank Sinatra, Tony Bennett, and Sammy Davis Jr.

While the Smoking Popes’ punky take on pop would tend to garner comparisons to the likes of Green Day and Fall Out Boy, Caterer’s got one of those sweet crooner’s voices and his song selection here makes the most of those similarities. There’s plenty of crunchy rock guitar throughout, but the arrangements wisely leave plenty of room for those dreamy vocals on standards like “My Funny Valentine,” “What Kind of Fool Am I,” and “I Only Have Eyes for You,” that last one has a big rock guitar ending that reveals the playful spirit Caterer & Co. are bringing to these familiar melodies. And that playfulness continues in their re-creations of Popes’ songs like “Need You Around,” “Megan,” and “Writing a Letter,” which feel every bit in sync with the older works, with the occasional addition of trumpet a nice touch.

Caterer’s adventurous spirit goes so far as to take on “Goodnight My Someone,” most recognizable as performed by Shirley Jones in the musical “The Music Man” and while the opening of the Roberta Flack classic “The First Time Ever I Saw Your Face” finds Caterer serving the melody sweetly enough, the band’s rocking arrangement reveals one of the dangers of tinkering with a song that was already perfect in its original state. It’s a rare misstep in a record that brings a crisp, crunchy rock vibe to these older standards in a way that freshens them up nicely for a rock audience. Caterer closes out the ten track album with “Someday I’ll Smile Again,” the song that closed out the 2018 Smoking Popes’ release, Into The Agony. A fun rock & roll respite for a concert in an anxious Fall, now out in time to blast through our open windows into the fresh Spring-time air.

Dany Laj And The Looks – “Don’t Keep Me Guessin'” [Video]