Jon Spencer & The HITmakers: Spencer Gets It Lit 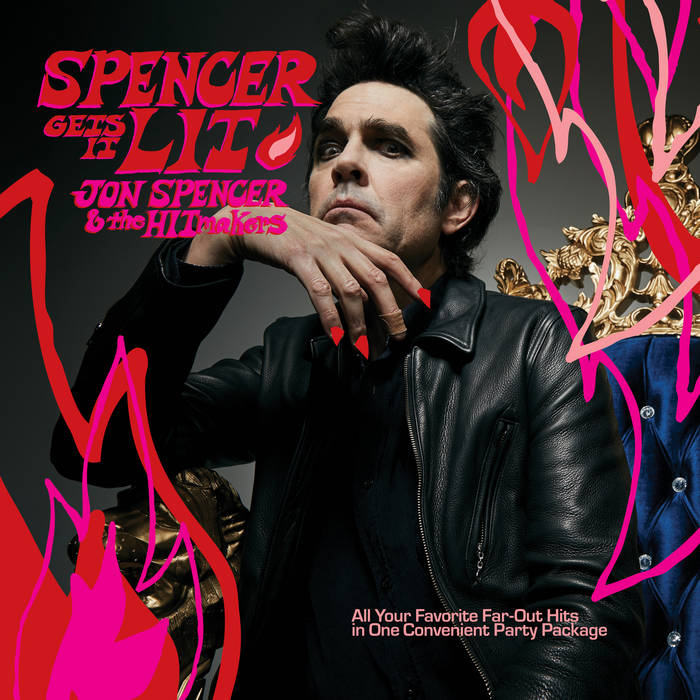 All the way back to his early years in Pussy Galore, Jon Spencer has been wild, loose and unpredictable. The garage rock that he initially played transferred over to some punk blues in Boss Hog and then the super swag of the Jon Spencer Blues Explosion reined supreme. The group successfully combined all the gritty edge with a strong R&B and blues roots for some very memorable singles and 10 studio albums. Several months ago, Spencer confirmed the Blues Explosion break up as they had been in hiatus status since 2016. That news actually makes Spencer’s first solo record in 2018, Spencer Sings The Hits, even more interesting as it was a much bigger step than anyone imaged four years ago.

Sings The Hits was solid but still sounded like Spencer was trying to change things up from his past which is right out of the solo record playbook but Spencer Gets It Lit features the same type of rowdy energy that Jon has brought to every project and feels a bit more natural. The album falls back more in line with his garage rock outings but also carries the carefree call outs that we heard in the Blues Explosion. Songs like “Junk Man” and “Death Ray” have plenty of those Spencer “ugh” and “ohs” interjected throughout their groovy beats, while you also get to hear plenty of Sam Coomes’ rocking synth that helps add a little diversity to the event. This fun mood takes over the record on every turn which will give fans plenty of replay value. When Spencer narrates through “The Worse Facts” and “Worm Town” you can almost imagine the songs being included in a Sopranos type of television show. Its that cool grind that ups the bar here.

Without any real expectations, I think Jon Spencer soars on Spencer Gets It Lit. He offers up 13 tracks (15 on CD) of songs that you can turn up and just let rock out. The record is gritty but upbeat, it’s got swagger and lots of Spencer charisma as it’s not afraid to quickly shift tempos and styles within songs that grab you by the ear. This is the same Jon Spencer that has been blasting out of your speakers since the late 80’s and every last second of it is an enjoyable ride!