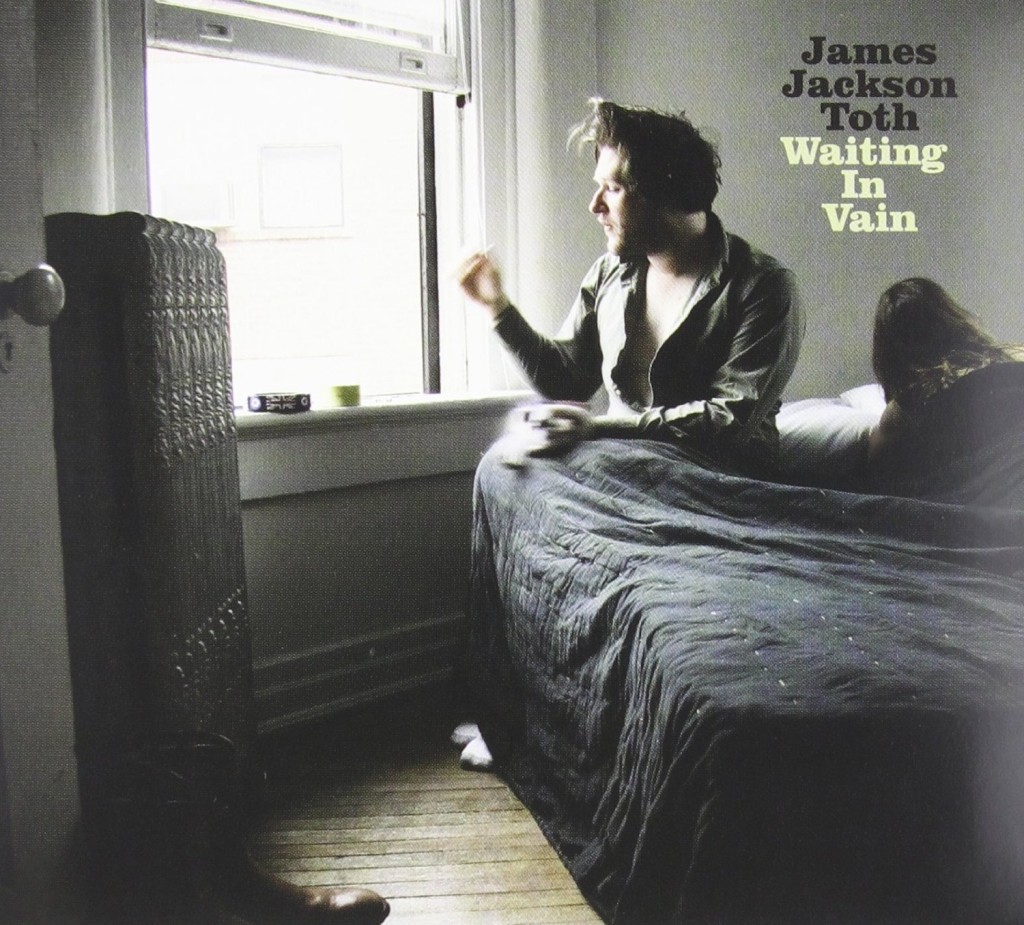 Fire Note Says: Toth sheds Wooden Wand name and plays it straight up for excellent solo debut!
Album Review: James Jackson Toth is not a household name but on the indie circuit many would know him by his moniker Wooden Wand. For his solo debut Waiting In Vain, Toth set aside the more “indie” folk-psychedelic rock hybrid part of his music and stepped into the role of a full on singer/songwriter country rock troubadour.
Toth has a commanding vocal style and a distinct tone that is not only great at telling short stories but explores all sides of music that include blues, country and soul with flashes of rock and catchy harmonies that latch onto the listener. For Waiting In Vain, not only did Toth use close talent like his wife Jexie Lynn on the supporting and duet vocals but called upon a small circle of musician friends, that included guitarists John Dietrich (Deerhoof), Nels Cline (Wilco) and Andy Cabic (Vetiver); alt-country multi-instrumentalist Carla Bozulich (Geraldine Fibbers); bassist Shayde Sartin (Giant Sunflower Band) and drummer Otto Hauser (Vetiver/Devendra Banhart).
It clearly does not hurt to have talented friends that give Waiting In Vain a full invigorating alive feeling but he called upon Steve Fisk (Nirvana, Soundgarden, Soul Coughing) to produce because of his rock history knowledge and track record as a risk taker. I believe that everyone’s contribution makes James Jackson Toth’s debut a complete winner and one of his strongest releases in his resume. From the soft simplicity of “Doreen” to the more foot taping “Beulah The Good” and the great driving down the road whoo whoos in “Becoming Faust” make Waiting In Vain fun, unpredictable and repeat listens an absolute must.
Key Tracks: “Doreen” / “The Banquet Styx” / “Beulah The Good”
Artists With Similar Fire: Robyn Hitchcock / Woody Guthrie / Nick Cave
James Jackson Toth Website
James Jackson Toth Facebook
– Reviewed by Christopher Anthony