James: All The Colours Of You [Album Review] 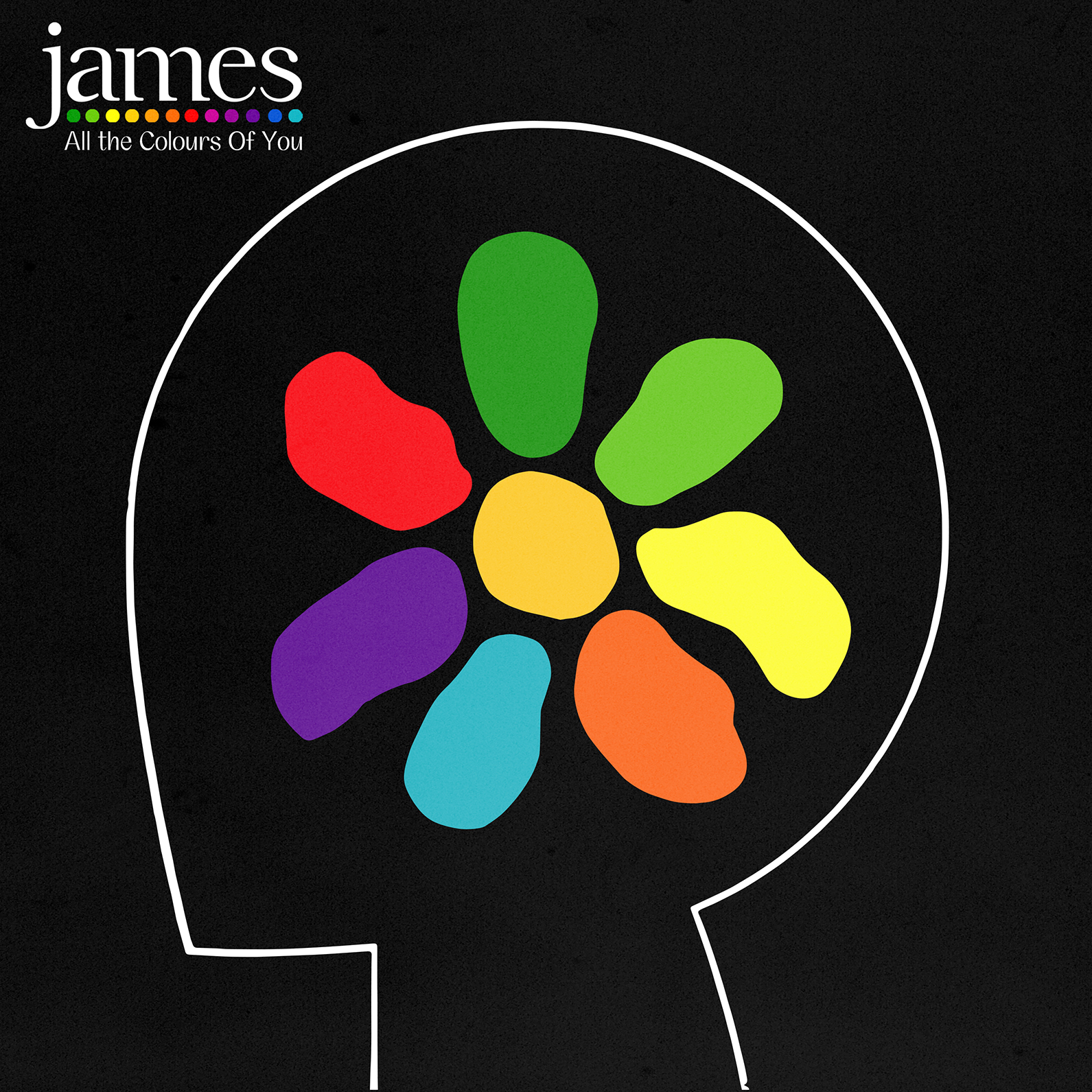 James
All The Colours Of You
Virgin Music [2021]

In 1993 when Manchester, England band James had a break-out single with “Laid,” no doubt as much for all of its talk of “passionate love,” and that “she only comes when she’s on top,” the band was on their fifth album and had previous British radio hits with “Come Home” and “Sit Down.” At the time, they benefitted from Brian Eno’s production which tended to elevate the band’s trippy folk influenced rock and pop, and vocalist Tim Booth’s fluid, melodic vocals that seemed to flow naturally up to the highest notes on his falsetto. Nearly three decades later, the band has endured a couple significant personnel changes and even broke up for 6 years before regrouping with the same players that made Laid in ’07, while otherwise steadily producing new releases every couple years, making their new one no. 16.

On All The Colours Of You, Booth & Co. together with producer Jacknife Lee—who worked with The Killers, U2, R.E.M. and the Modest Mouse album due later this year—reveal a band that has grown into a finely polished modern pop/rock unit, absorbing electronica influences but never losing that essential melodic core transmitted by Booth’s intoxicating voice, and the hippy-dippy, peace and love ethos in his lyrics. Which is not to say, that James is not writing about the real world we’re all sharing in this age of pandemic. One of the early singles, “Recover,” dedicated to Booth’s father-in-law who died last year in the first wave of Covid and all the front-line healthcare workers caring for patients throughout the pandemic, is marked by the band’s unique brand of positivity while remaining grounded in the reality of loss. Even though, “He can’t breathe without a machine to carry the load,” Booth sings “it’ll be alright,” not because the loss isn’t all too real, but because “We will remember: Your wicked sense of fun/Now the circus has moved on/Your last call was a song/How to pass your spirit on.”

Curiously, although the pop melodies at the heart of most James’ songs seem like simple, organic hooks, perfect for audience sing-alongs, the six instrumentalists behind Booth are bringing the magic, a lush collaborative effort that is rich with musicality, yet utterly accessible. On the band’s early single, “Beautiful Beaches,” we hear a dancefloor workout that grows from the vibrant bassline of Jim Glennie and punchy rhythm of drummer David Baynton-Power, with Saul Davies on rhythm guitar, and accents from Mark Hunter on keys, Andy Diagram on trumpet and additional percussion, all who played with Booth in the “Laid”-era. Add lead guitarist Adrian Oxaal, who replaced Larry Gott in 2015, to the mix and you have a versatile musical stew that mixes high tech electronic synths with real humans playing real instruments.

“Wherever It Takes Us” follows, a techno rocker about a woman of the “multi-verse” who strips of her “skin suit” only to find out “she’s made of stars,” but again it’s got a hook of a chorus big enough to hang the moon on. “Hush” is more electronica, this time a smooth hum that builds again to a lush crescendo. “Isabella,” the album’s third single, sets a bit of a manic rhythm for a lyric that returns to the sensuality of the band’s “Laid” hit, and talk of how “every pleasure denied/wakes the devil inside.”

The subject of the pandemic is central to the album’s title track, as Booth sings about having to “Quarantine with you/Our world’s a private zoo,” before turning his attention to racism in America, and our previous President: “Who’s more woke than who/Who’s more broke than who/Disunited States/They want to boogaloo with you/He’s the Ku Klux Klan… K coup K coup K coup/President’s your man/he’s the Ku Klux Klan… Your white robe’s showing through,” while advocating accepting racial diversity: “The red, the white, the black and blue/Love all the colours of you.” In “Miss America,” he returns to the theme of racial equality among other things: “Miss America says ‘live the dream,” so long as you’re born white/Kill the natives and jail the slaves/Move more to the right/May God bless you and your golden sons/May God bless you and your love of guns/May God bless you and your passion for freedom/Sold to the man with the tan.” It’s both honest and poignant, and it’s not wrong.

But the tone on much of the eleven tracks remains determinably positive, while refusing to turn a blind eye to the real challenges in our world. It’s a sense that we’re all in this mess together, or as he sings in the set closing slow moving jam that is “XYST,” “don’t forget, you’re one of us.” Maybe James imagines they’re the dance band for the apocalypse, or perhaps these are the anthems from The Last Chance Cabaret that we need to lift our spirits for the struggles to come, but either way, All The Colours Of You feels like the perfect party record for this summer as we are about to step back outside of our caves and return to the larger world outside.

Key Tracks: “Beautiful Beaches” / “All The Colours Of You” / “Isabella”