illuminati hotties: Let Me Do One More [Album Review] 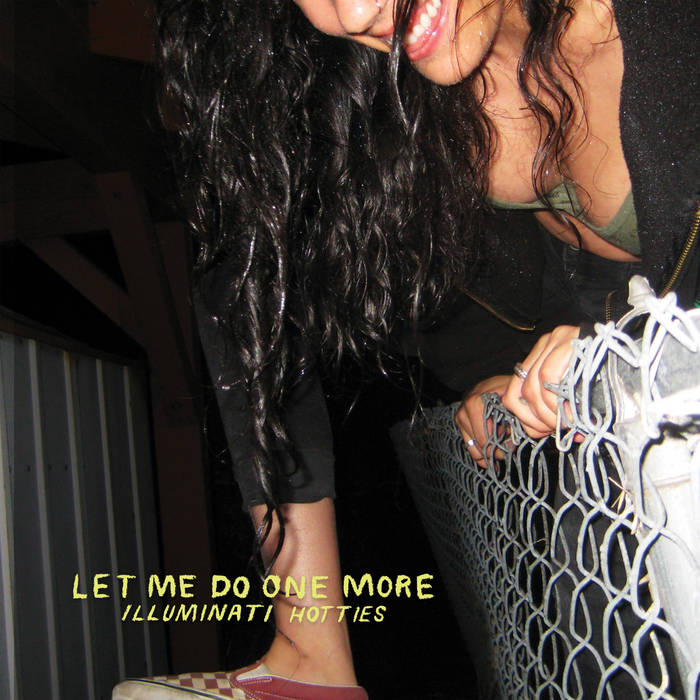 After the success of Sarah Tudzin’s debut album, Kiss Yr Frenemies (2018), her moniker illuminati hotties had created the kind of anticipation you want for a sophomore album. However, things at Tudzin’s label, Tiny Engines, fell apart, and illuminati hotties were stuck in a contract with nowhere to go. To navigate that cluster, illuminati hotties released the excellent 24 minute collection of tracks appropriately named Free I.H.: This Is Not The One You’ve Been Waiting For in 2020. Its angst could be heard loud and clear but its release opened the gate for the songs we were supposed to hear next in Tudzin’s career found here on her proper sophomore release, Let Me Do One More.

The record kicks off with “Pool Hopping,” which is a solid song that highlights all the pieces that make illuminati hotties so infectious. Quick indie guitar tempo, smart and creative use of satire lyrics, harmonizing chorus, group call outs and an overall catchy rhythm that makes you want to hear the song again. Tudzin presents her tracks with such confidence that you can’t turn away as songs like “MMMOOOAAAAAYAYA,” and “Joni: LA’s No. 1 Health Goth,” both bring a riot grrl spirit to the record which take Let Me Do One More to a higher level. Even with all this bursting energy, illuminati hotties can add in a ballad like “Threatening Each Other re: Capitalism” which shows the depth and growth of Tudzin’s talents.

Let Me Do One More could have felt like old news as these tracks have been hiding in Sarah’s closet for some time now but that thought will never cross your mind. Tudzin played most of the instruments, sang every line, wrote the tuns and then also used her studio knowledge to engineer and produce. All of that combined with the effortless tempo transitions here makes Let Me Do One More a stand out music story in 2021 that also rocks at all the right times!

Key Tracks: “MMMOOOAAAAAYAYA” / “Threatening Each Other re: Capitalism” / “Joni: LA’s No. 1 Health Goth”

illuminati hotties Review History: FREE IH: This Is Not The One You’ve Been Waiting For (2020)