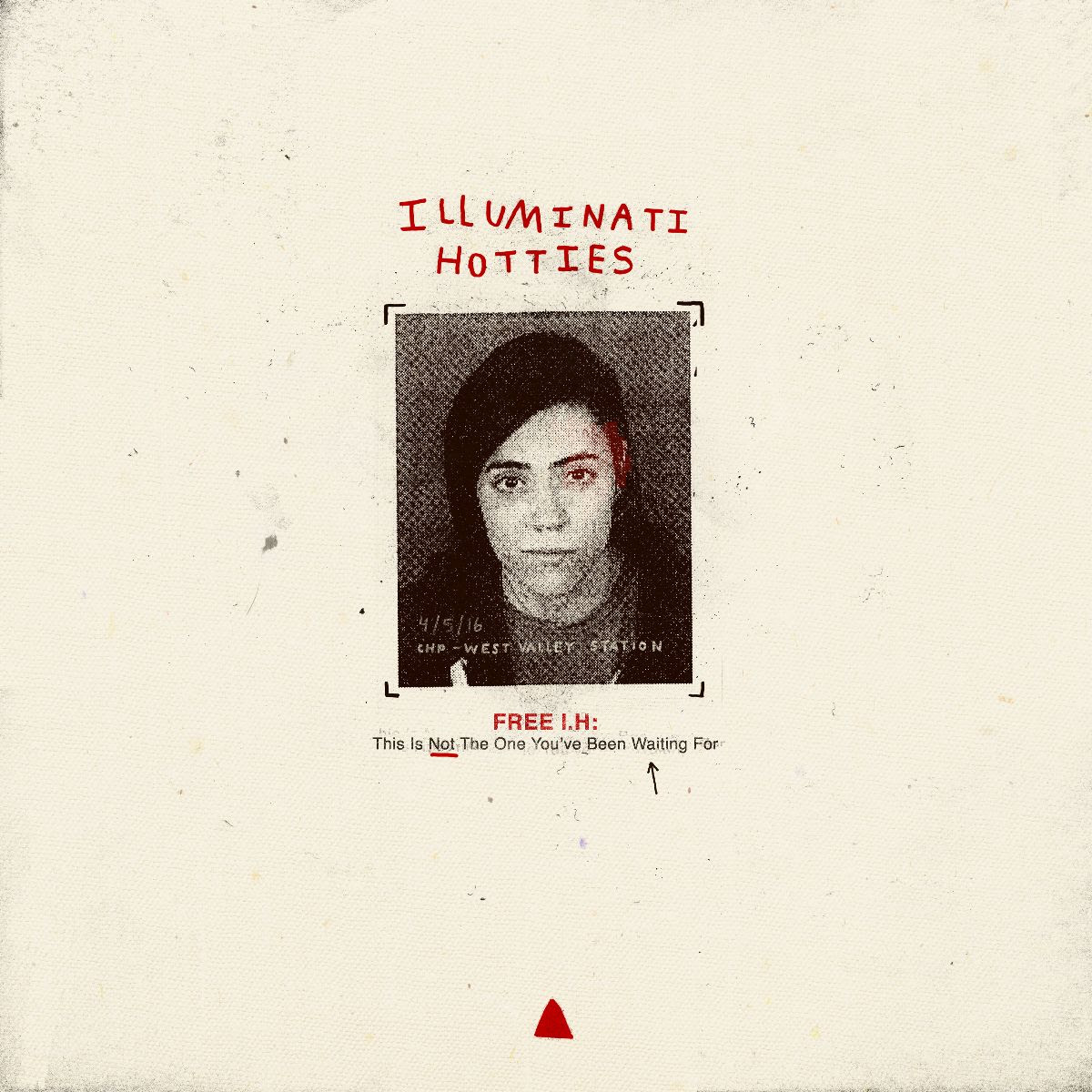 Illuminati Hotties
FREE IH: This Is Not The One You’ve Been Waiting For
Big Scary Monsters [2020]

Sometimes the best thing to do as an artist when you feel pissed off is to just write about it! That is exactly what songwriter and producer Sarah Tudzin did as her Illuminati Hotties ended up stuck in a contract with the publicly collapsing record label Tiny Engines. With their sophomore album handcuffed for a bit we now get Free I.H. and all of its personal and global anxieties that are driven with aggression, claustrophobia and loss.

From the opening song, “will i get cancelled if i write a song called, “if you were a man you’d be so cancelled,” you can feel Tudzin’s pinned up hostility as it just projects straight out in the song’s 1:15 running time. In this brief moment, Illuminati Hotties package everything you need to know about this album in this tiny time frame. It is a true page out of Kathleen Hanna’s career, as this track would fit onto any Bikini Kill record for sure. This aggressive nature keeps its finger high in the air on the next song as well, “free ppls.” Clearly for a band that was once labeled “tenderpunk,” Free I.H. is not that band!

Now if this album was such a straightforward type of riot grrrl, it would be one thing but the joy of Free I.H. is that it offers some different flavors of aggression. The more playful and fun “melatonezone” has a very tUnE-yArDs vibe to it but still holds an undertone of guitar strength. On other songs like “content/bedtime,” there is a Devo new wave pogo bounce to it while the soft more acoustic closing final track, “reasons 2 live,” turns out to be the perfect ending. When Tudzin sings “Oh my, I wanna die sometimes and I remember the people that keep me alive” you sense that all the struggle she has been dealing with has been released (for now)!

All of these pieces put together a fantastic puzzle with Free I.H. The ups and downs is something every single person can relate to at this point and Illuminati Hotties help channel this negativity we all feel into these bursts of power and it just feels good. For a record that is just 24 minutes long, Illuminati Hotties stands tall here as Free I.H. may not have been the album we were supposed to hear from them right now but it will be the album you will remember them for!