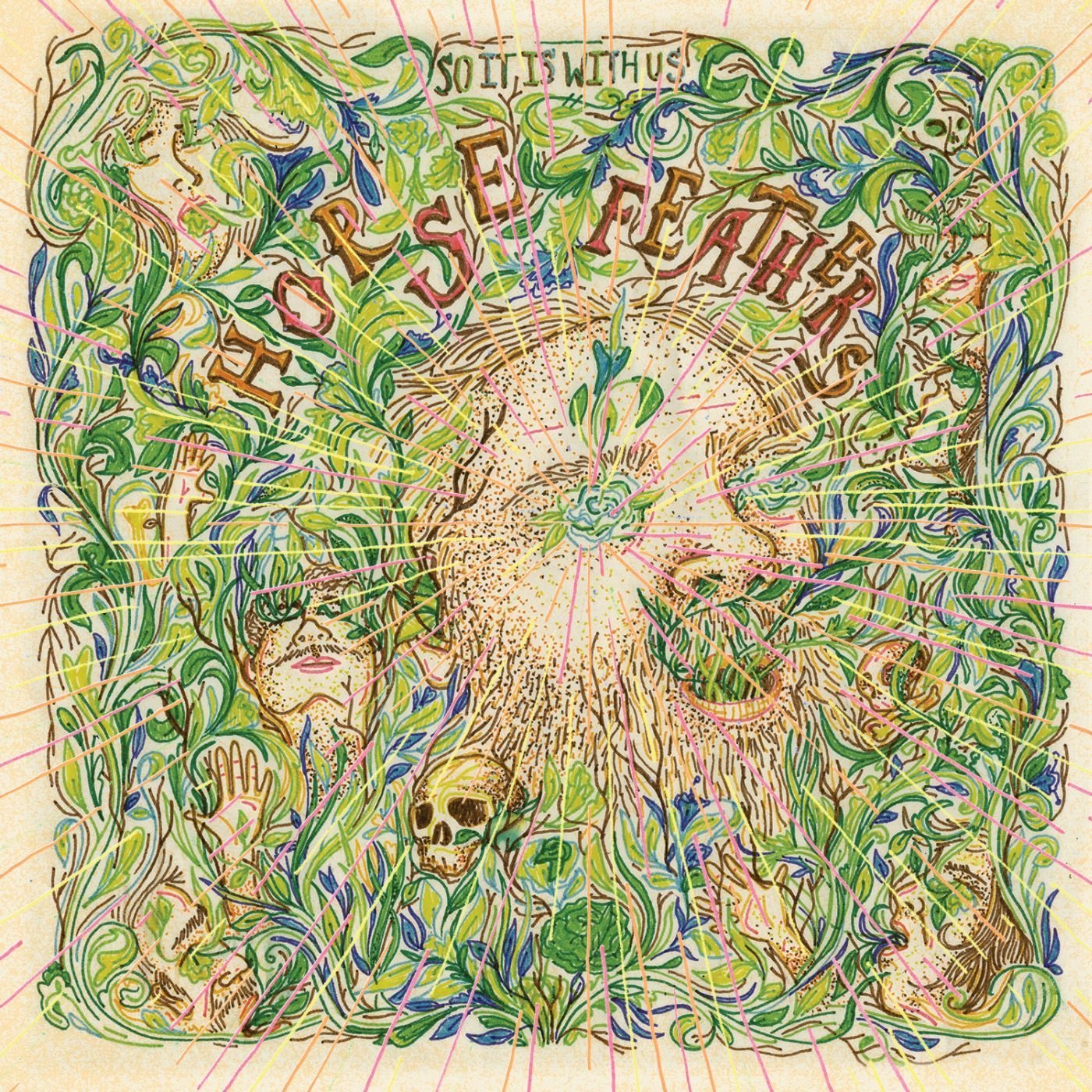 Horse Feathers
So It Is With Us
Kill Rock Stars [2014]

Fire Note Says: Horse Feathers lighten the mood on fifth long player.
Album Review: Portland chamber-folk group Horse Feathers, led by singer-songwriter Justin Ringle, have not changed much in direction, focus or labels over the years. For some, this may have had you move on to the next “it” band but for fans of the long stay Kill Rock Stars group it means that Horse Feathers fifth record, So It is With Us, is right up your alley.
First of all, Justin Ringle’s voice has never sounded better. It automatically raises the bar for any Horse Feathers release and definetilty drives the smooth folk sounds on So It Is With Us. His voice is a true blend of Justin Vernon (Bon Iver) and Ian Ball (Gomez) which is extremely memorable. After struggling and feeling defeated after his last tour, Ringle didn’t even want to pick up a guitar. As the saying goes, time heals all wounds and a little RnR brought Ringle back. He also decided that he needed to have more fun. That fun is reflected in the lighter moods found on So It Is With Us. 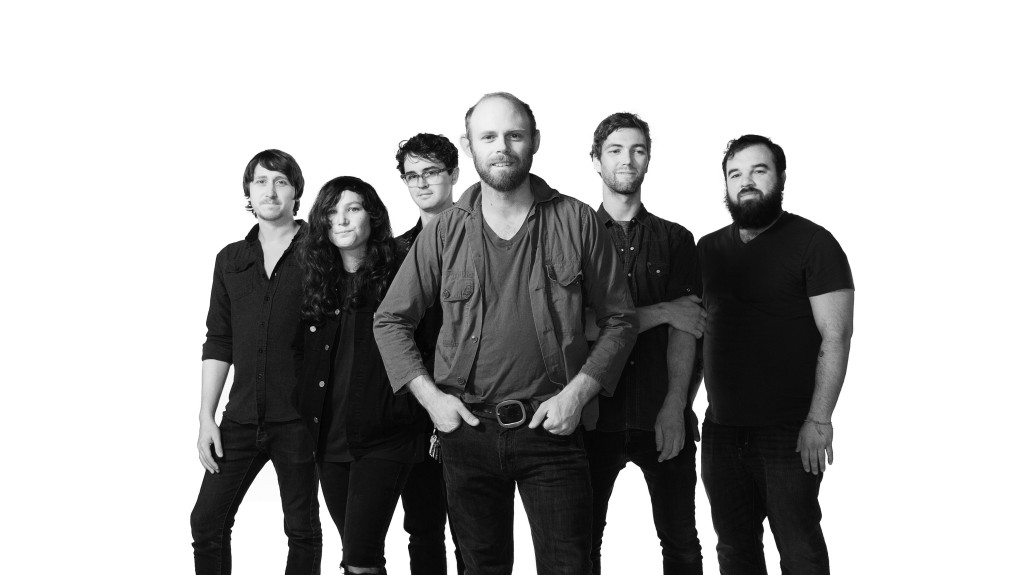 Not so much as a departure but new energy puts a bigger spring in Horse Feathers step. First single and track, “Violently Wild” is a good example of this with the noticeable drums, a burst of joy behind Ringle’s projections and the overall upbeat nature of the track. This brighter mood is the backbone behind So It Is With Us as you can hear the true passion behind each song. Also, with more instruments along for the ride, Horse Feathers exploit their wider range and let Nathan Crockett push his violin spirals in a multitude of directions.
Regardless of the more upbeat nature So It Is With Us brings overall, Horse Feathers can still pour on the emotion like in the slow burner “Irene.” The track crawls but also showcases Ringle’s confidence and song structure knowledge as he hits high notes and emotional peaks without doubt. Bottom line on Horse Feathers is that if you liked their previous albums don’t hesitate picking this one up. Also for fans of early Band of Horses, Bon Iver, and Iron & Wine there is no reason that Horse Feathers is not on your radar because So It Is With Us is a prime example of indie folk done right! As Ringle sings on “Middle Testament” – “drink the wine, taste the blood, pay the toll!”
Key Tracks: “Violently Wild” / “Irene” / “Dead End Thanks”
Artists With Similar Fire: Bon Iver / Iron & Wine / Gomez