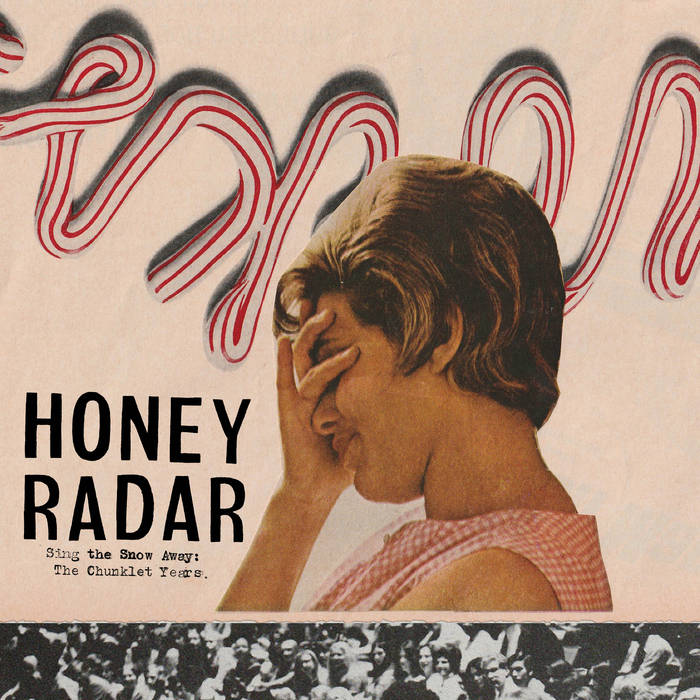 Honey Radar is currently one of the best lo-fi bands on the indie scene. Led by Philadelphia musician Jason Henn, Honey Radar has been on a creative hot streak with their last two records and the band continually is successful by blending sounds of 60’s psychedelia with a modern day indie rock flare.

Sing the Snow Away: The Chunklet Years is a compilation that pulls together material recorded from three proper 7″ singles, a smattering of split singles and some bonus tracks on Chunklet Industries. The digital release even includes six live cuts to finish off the album.

Being a long time fan of Honey Radar, I physically have the three main EPs that are featured here which includes Giraffe (2015), Ignore The Bells (2016) and Psychic Cruise (2018) but I will tell you that having them all together on one long player changes the listening experience beyond having to flip the record so quick!

What you will hear with most of Henn’s under two minute compositions are thoughtful verses glued together with melodies that don’t stop. The music is lo-fi and raw as it reaches beyond a one man bedroom type recording as its full band distortion and instrument hum is the type of music any indie fan will navigate towards when played over the loud speakers.

You can’t go wrong with any of these songs, as all three EPs featured here are strong releases in Honey Radar’s catalog. What I enjoyed the most on Sing The Snow Away is that other more obscure songs made the list, like their cover of The Fall’s “Middle Class Revolt” from a lathe cut release, two songs from their 2018 split with The Gotobeds and another lathe cut that featured their cover of The Monkees “Wind-Up Man.”

Basically, if you like lo-fi, Honey Radar should be in your playlist. This compilation can easily be a fantastic entry point into Honey Radar’s catalog. You can thank us later!