Glitterer: Life Is Not A Lesson [Album Review] 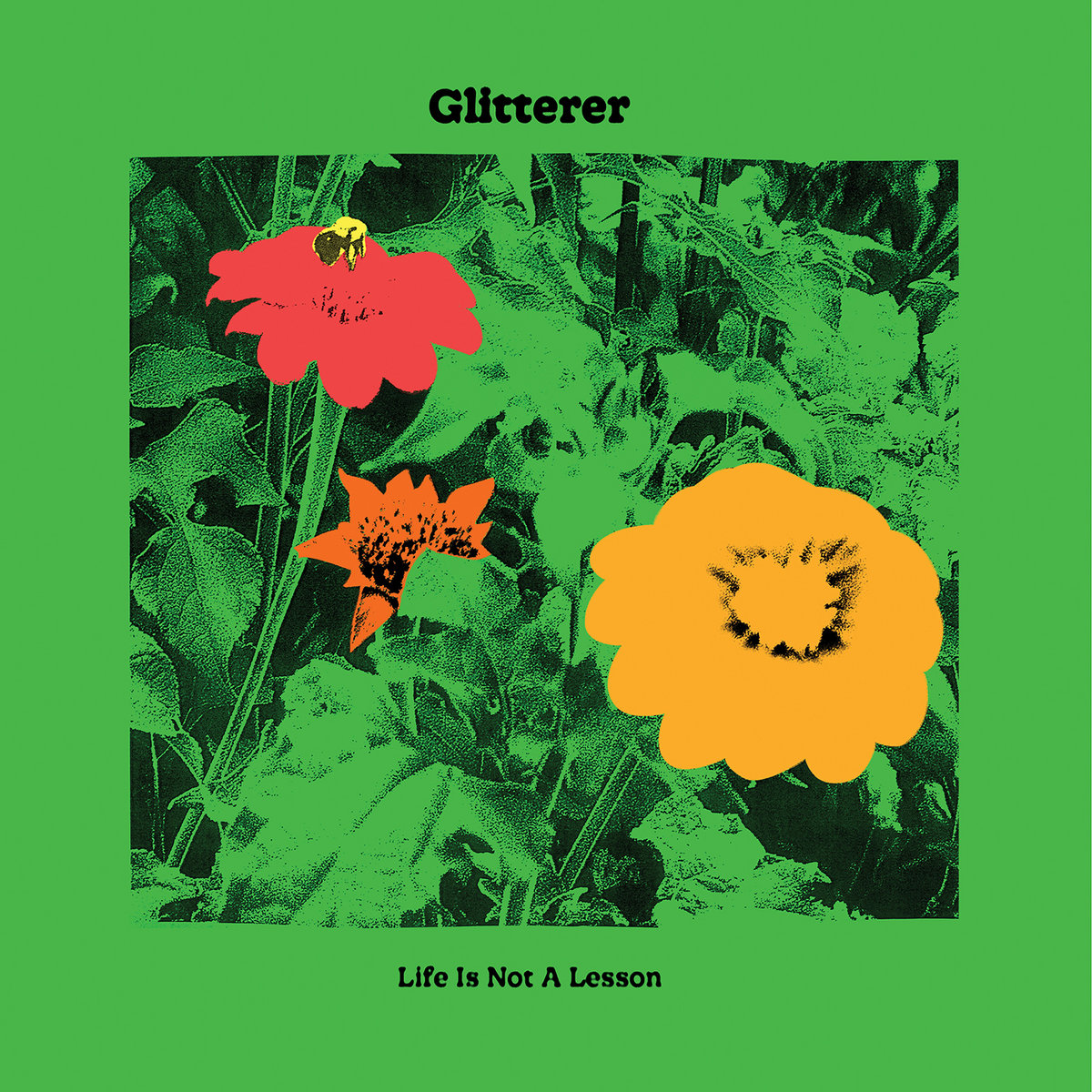 Washington, D.C. resident and northeastern Pennsylvania native Ned Russin co-fronted Title Fight for many years before the band went on hiatus and Russin became Glitterer. So far, Glitterer has self-released two EP’s and his 2019 ANTI- debut LP Looking Through The Shades. That brings us to the rowdy and short sophomore album – Life Is Not A Lesson.

Twelve songs in 22 minutes leaves no room for messing around and honestly in 2021 it is probably a great runtime for the current streaming crowd’s short attention span. That doesn’t mean quality should be sacrificed and overall Glitterer has produced a catchy fuzzed up record that is best played with the volume turned up. It is also an album that can be easy to identify with as this past year has everyone asking serious life questions. Russin is no different as “Are You Sure?” is about that certainty as he asks the question with a driving riff and loud entering guitars upon the chorus.

At times the shorter tracks rob Life Is Not A Lesson of some of its possibilities because there are great moments throughout the album but they end too quick. Coming from a person that loves short tracks, it is a tough statement but expanding ideas on several songs would have taken them to the next level. “Fire” is one of those tracks that tones down the distortion and transitions to this ending 30 second drum track with no other instruments. It would have been the perfect moment for the song to take off but instead it just ends. Even the closing title track is quieter and different but feels like it has more to say than just drifting off.

Life Is Not A Lesson is an easy pick up and play record that I would recommend if you are really needing some indie guitar rock. Glitterer has several stand out tracks that perfectly fit into any playlist you have and at the end of this one you will also find replay value in spinning it again. I will look forward to what Glitterer releases next because I feel like there is plenty left in Ned Russin’s tank.