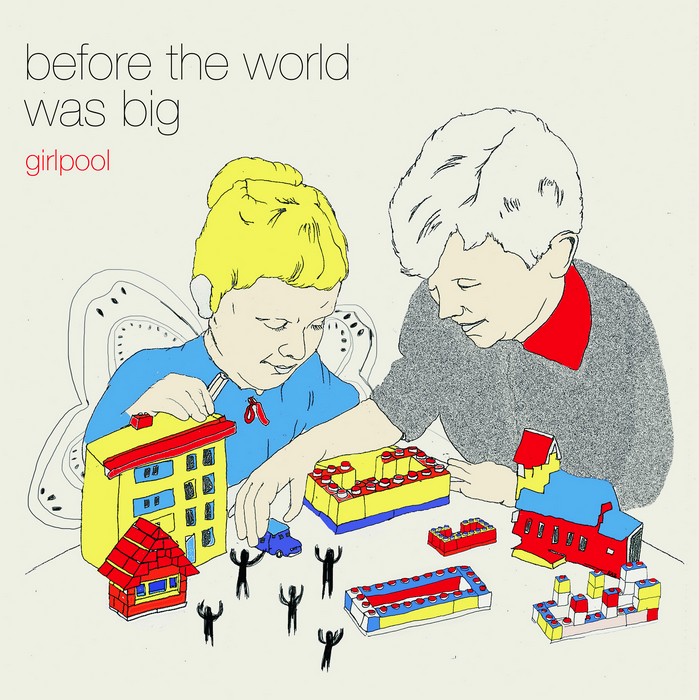 Girlpool
Before The World Was Big
Wichita Recordings [2015]

Fire Drill Album Review: It always amazes me when simple wins. Take Philadelphia based Girlpool as an example. The two piece, made up of Cleo Tucker (Guitar) and Harmony Tividad (Bass), never move beyond playing several chords and barely turn up the tempo or volume at any point. With that description you might think that their debut, Before The World Was Big, is a quiet and careful record or worse – a giant bore! That is where Girlpool flips the expectation and builds momentum within their tracks by having plenty of harmonies that vocally accomplish moving the tempo. This, with the addition of catchy lyrics and a record that only runs 25 minutes turns out one of the more surprising and solid indie albums of the year!