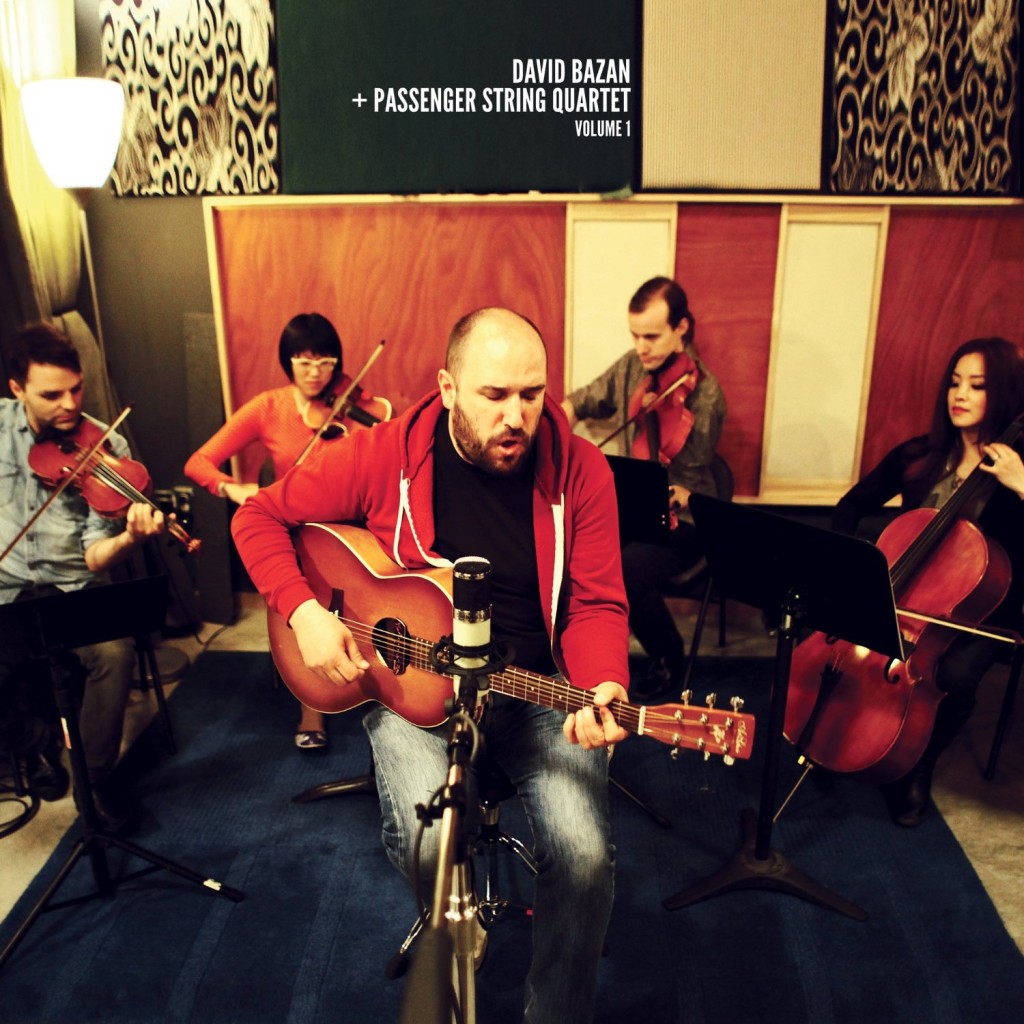 Fire Note Says: Bazan intensifies the emotional breadth and tenor of his original songs.
Album Review: I’d really be surprised if any fans of Seattle indie band Pedro the Lion or David Bazan’s post-Pedro solo albums ever thought “I really like these songs, but they’d sound a lot cooler with a string section accompaniment.” The idea is a bit counter intuitive, but works.
Bazan’s songs span much of his songwriting career, a handful from his Pedro the Lion days, and the rest from his solo albums. Passenger String Quartet arranger Andrew Joslyn has honored the tone and emotional intent in Bazan’s compositions, adding color and breadth through the textured orchestrations of cello, viola and two violins, which often sound like a much larger ensemble thanks to the careful recording of engineer Chris Colbert. Bazan provides the vocal and all the remaining instruments – guitar, piano and bass. 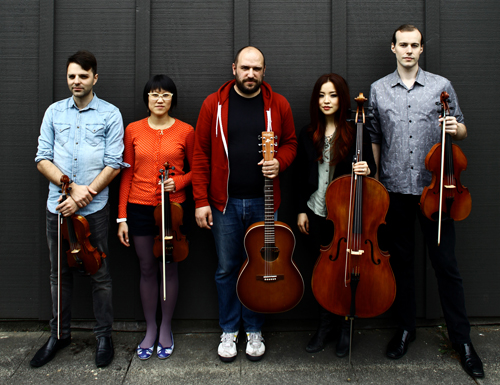 The songs selected for this first volume capture the major themes in Bazan’s ever-growing catalog. Coming to terms with a hyper-religious upbringing, seeking the meaning of life if there is one, and pursuing an honest artful expression and decent relationships in this life surrounded by a world obsessed with capitalism, peer pressure and market forces. These themes remain poignant and meaningful.
Songs like “I Do” and “Priests & Paramedics” address the existential questions that each of us seek to answer, why this life and what are we here for? “The Fleecing” and “Wolves at the Door” reflect on religious and governmental abuses, the last one making a smart lyric change from saying that we blame our fate on the “government” to “immigrants.” In all, the additions/reinventions of these works by Bazan and the Passenger Strings intensifies the emotional breadth and tenor of the originals.
Key Tracks: “How I Remember” / “Wolves at the Door” / “Cold Beer & Cigarettes”
Artists With Similar Fire: Beck (latter day) / Tom Waits / David Byrne