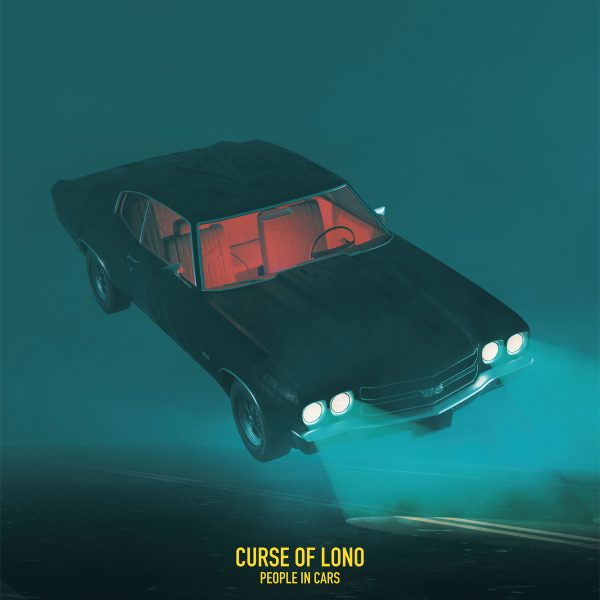 The path to wrapping your head around the London band Curse of Lono and its third album, People In Cars, is nothing if not an invitation to cultural literacy. The band’s name comes from an obscure Hunter S. Thompson book based on his adventures in Hawaii, while the album title comes from a collection of photos of people taken through the windows of their cars at an intersection in L.A. in 1970. Add to that a song titled “Ursula Andress,” for the essential 60’s “Bond girl” from the film “Dr. No,” and that should be enough to get your head spinning.

Sonically, Curse of Lono creates a sophisticated, atmospheric pop/rock tone that suits the deep baritone voice and darker lyrical textures of singer/songwriter Felix Bechtolsheimer (from here on out referred to by his first name). There’s an underlying urban alt/country feel throughout, but it comes to the surface more distinctly on tracks like “Steppin’ Out,” “In Your Arms,” and “Buy the Ticket, Take the Ride,” as well as the pedal steel soaked “Alabaster Charlie,” played by Joe Harvey Whyte. At the start of the pandemic, Curse of Lono started recording as a full band, with Joe Hazell on guitar, Dani Ruiz Hernandez on keys, Charlie Anderson on bass, and Neil Findlay on drums, but Felix recorded the final four tracks more as a solo artist, with his band returning to paying day jobs.

The deeper tones of Felix’s voice recalls Leonard Cohen or Nick Cave in his mellower, quieter work, while the songs embrace themes of longing and desire, represented in titles like “Let Your Love Rain Down on Me” and “Don’t Take Your Love Away.” And even in the pop feel of “Think I’m Alright Now,” it’s a song about surviving overwhelming obstacles, but elsewhere Felix is acquainted with life as a ”Man Down.” Felix is joined in duet by Tess Parker for the pop balladry of “So Damn Beautiful,” but throughout the album’s 11 tracks, People In Cars delivers a lush, artful musical backing track for Bechtolsheimer’s thoughtfully created, literate and poetic, reflections on modern lives in motion.